Student athletes will be paid for weekly segment 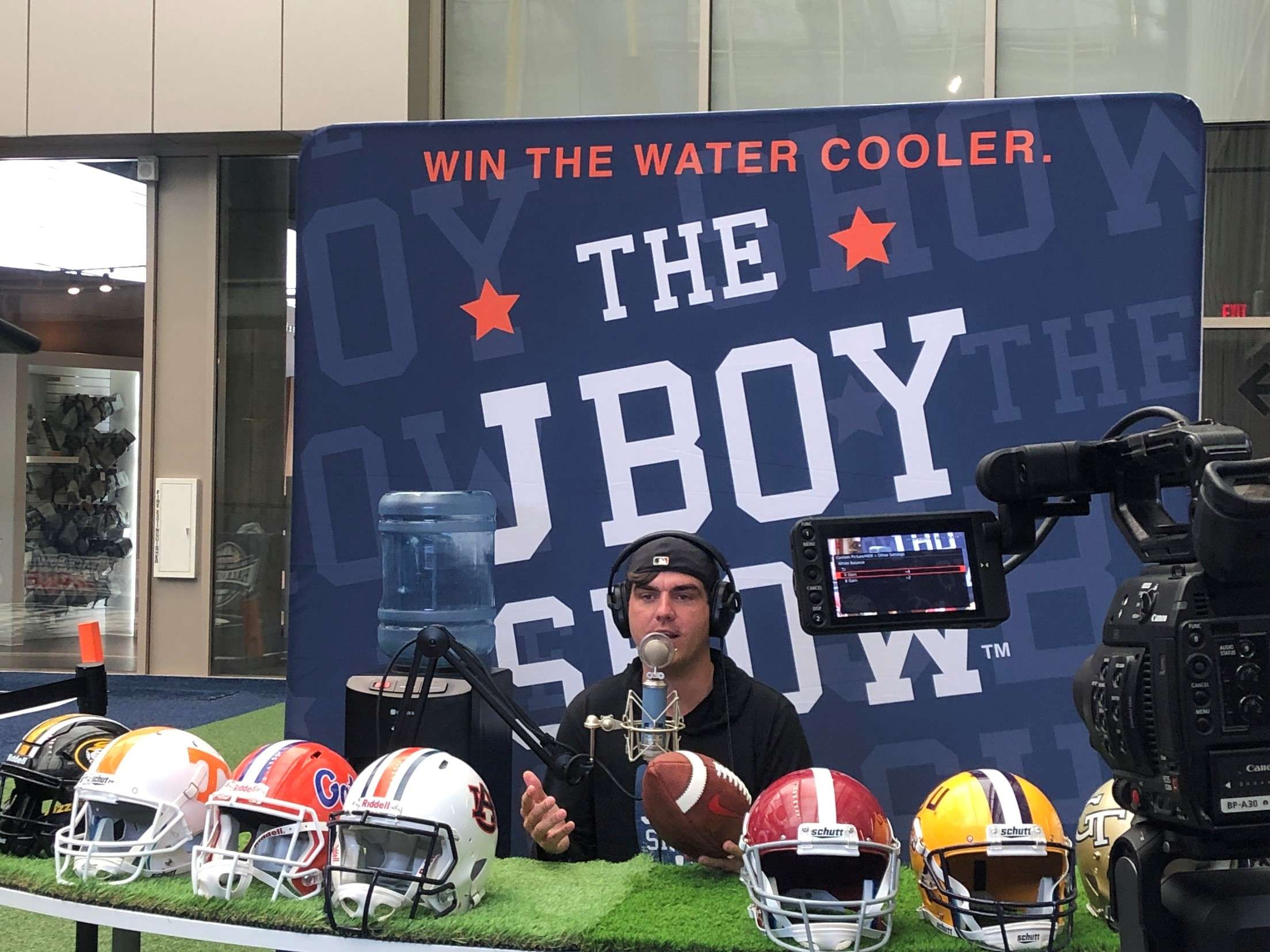 The JBoy Show, an SEC-centric college football podcast hosted by former college football coach Jake “JBoy” Crain, has signed seven football student athletes from around the SEC for weekly segments on the show.

Thanks to new rules that allow student athletes to profit off their name, image and likeness, each student athlete will receive $500 per show for 15 weeks for a total of $7,500 each.

“We’re very excited to bring student-athletes from different universities around the SEC to provide prospective to fans they won’t be able to get anywhere else,” said Crain. “We want to be able to provide our audience with the human element of playing in the nation’s top college football conference from the league’s top play-makers.”

Student Athlete NIL (SANIL) worked with Icon Source to broker this deal. Jason Belzer, a former Forbes contributor and managing partner of SANIL, says this deal sets a precedent for future deals in the media space.

“Name, image and likeness is all about empowering student-athletes to own their brands and the message they send to their loyal fans. SANIL and IconSource were honored to represent The JBoy Show in putting together the largest and most lucrative multi-athlete / multi-school media deal of the NIL era yet. With student-athletes from six different schools and states, and all with different agents, there was quite a bit of complexity involved; The JBoy Show will now be the new standard for NIL media focused deals.”

Bazelak’s agent, Jenna Nobles, director of marketing and sales for Octagon, says the partnership is one that allows her client to engage with fans in a way that fits with the personal brand he’s cultivating.

“We’re stoked to have Connor involved as a featured athlete in this unique media deal. From day one, Connor emphasized the importance of being the driver of his own narrative and utilizing NIL to grow his brand, and this partnership with JBoy checks all of those boxes. In the digital age, we’re seeing so many athletes feel empowered to speak and connect directly with fans and it’s our job to put them in positions to do so successfully. For Connor, this partnership is engaging, it’s fun, it’s authentic and we’re excited to watch it unfold this season”

It’s not the first instance we’ve seen of a media entity paying student athletes to appear. It’s not even the first in the SEC. Before SEC Media Days in July, TexAgs.com paid Texas A&M football players Isaiah Spiller and safety Demani Richardson $10,000 each for exclusive feature interviews as part of a deal with local company, GreenPrint Real Estate Group.

Vince Thompson, whose sports marketing agency MELT helped Crain launch The JBoy Show in March 2020, says he thinks more of these kinds of media opportunities will be available for student athletes.

“I think the future is bright and unlimited for these student athletes. Not only does it raise and elevate their profile and brand, it adds value to any existing deals they’ve done. For instance, Auburn QB Bo Nix was on with Jake this week and he was able to mention his sponsor, Milo’s Tea. And if a student athlete aspires to a career in broadcasting, no better format or platform than to audition in real time.”

His advice to radio stations and podcasts that might want to venture into the NIL waters?

“I would seek out unique characters, or ‘hometown heroes’ as I call them. Local TV, radio stations and podcasters can seek ways to continue these relationships with these student athletes far beyond what they could do in the past. Then tie local revenue back to the student athletes, their families, the local companies and the station. It’s a win-win all around.”

Crain lost his college coaching job at Montana last year during the pandemic and has since built up a podcast with more than two million downloads. He recently joined Colin Cowherd’s The Volume podcast network, and he’s now broadcasting the show live daily from the College Football Hall of Fame.

You can watch The JBoy Show on weekdays from 3-4 p.m. ET on YouTube or listen to it as a podcast the following day through iTunes or Spotify.