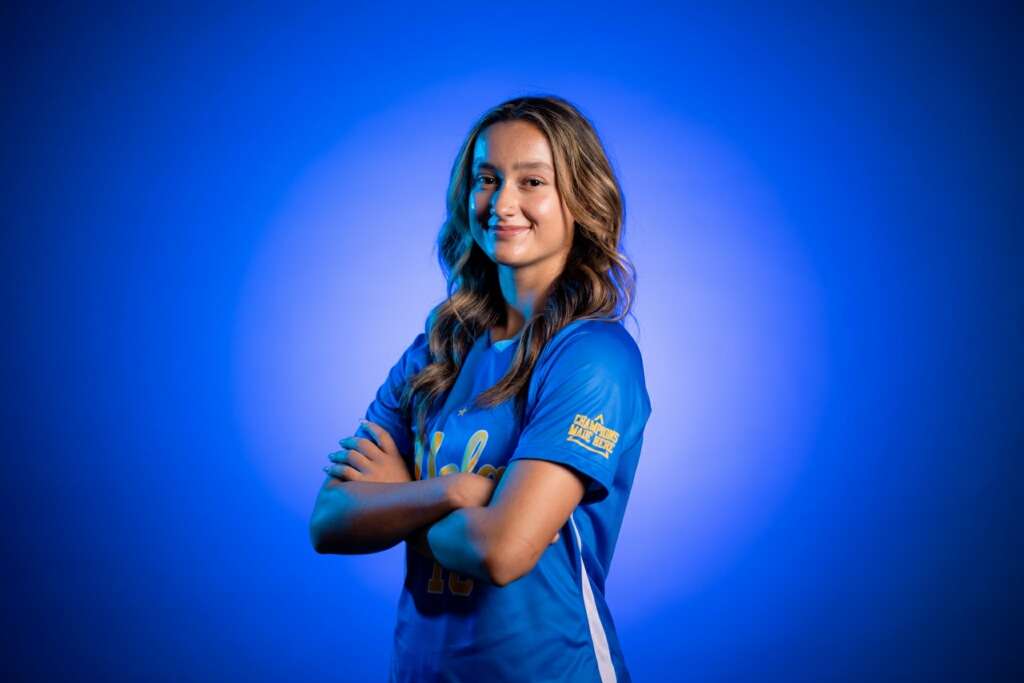 UCLA midfielder Ally Lemos is the first female athlete to be signed by Steinberg Sports & Entertainment for name, image and likeness representation.

Lemos is part of UCLA’s No. 1 ranked freshman class in the nation this year and is ranked No. 22 overall by Top Drawer Soccer. She attended San Dimas High School and was named the San Gabriel Valley Tribune Soccer Player of the Year and to the All-Area, All-CIF and all-league first teams.

“We are honored to welcome Ally to the SSE family,” said SSE CEO Chris Cabott. “SSE represents people of elite talent and elite character. Ally embodies both as an athlete and as a person, so this is a natural fit. Her agent at SSE, Patrick Murphy, is one of the best and brightest talent representatives that I have ever met. I believe in his vision for Ally, and I’m excited for what the future holds.”

Murphy says Lemos is in a prime position to capitalize on NIL opportunities.

“Ally Lemos is an exemplary young woman both on and off the pitch and a rising star in women’s soccer,” said agent Patrick Murphy. “We are honored and excited to welcome Ally into the SSE family, and I look forward to representing her in NIL opportunities.”

UCLA is coming off a big wins against No. 1 and No. 2 ranked UNC and Duke teams, which should shine more of a spotlight on Lemos and the entire UCLA team. Lemos says she’s excited to work with SSE.

“It’s a dream come true to be joining the SSE family, and I’m so honored to be both their first female athlete and soccer player represented in the NIL space,” said Ally Lemos. “SSE represents many elite athletes, and I love the way they embrace and respect their athletes’ passions both on and off the field.

“My current passion is doing everything I can alongside my teammates at UCLA to bring a PAC-12 and national championship home. My forever mission is to always push the women’s game forward, and to not only be a champion for myself but to always be one for others as well.”

Lemos likely won’t be the only UCLA women’s soccer player generating interest in the NIL marketplace this year. Her current teammate Reilyn Turner was the first college athlete signed by Nike in December 2021, and UCLA’s performance on the field so far this season will certainly bring more attention to all the women.