Over 100 Red Raider football players will receive $25,000 for community service 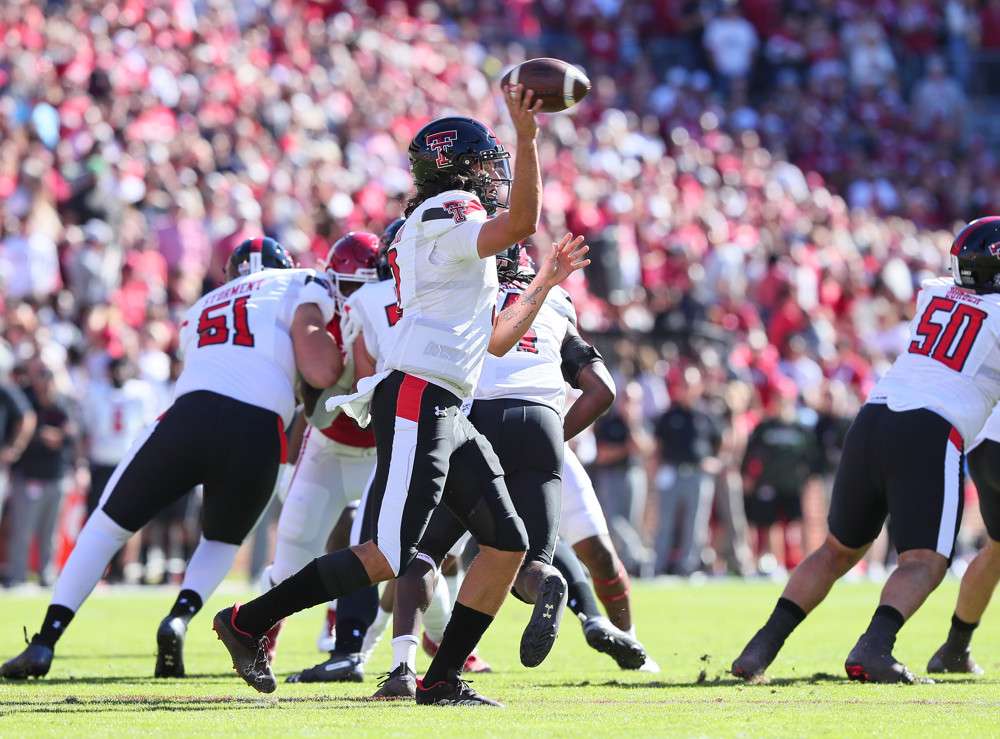 As programs enter the second year of NIL in college athletics, Texas Tech football is bringing a current trend to new heights.

The non-profit collective Matador Club is offering Texas Tech football players—85 scholarship players and 20 walk-ons—the opportunity to make $25,000 in exchange for community service. The deals run for one year and will be renewable at the end of the year, and each is non-exclusive.

“What we want to do, really, is support the entire program,” Cody Campbell, a member of the Matador Club board of directors and former Texas Tech football player, told the Lubbock Avalanche-Journal. “This is kind of a base salary for the guys. They’re not going to be restricted from doing any other NIL stuff with anybody else. In fact, we’re going to encourage and help them to do that.”

Last year, BYU football partnered with Built Bar and provided NIL compensation to all 123 players, with an emphasis on covering tuition for walk-on players. The Horns with Heart non-profit at Texas-Austin also went the community service route with their Pancake Factory initiative, which paid Texas offensive linemen who are on scholarship $50,000 for charitable appearances.

The Miami Hurricanes have had multiple NIL endeavors in the past year. American Top Team, a Florida-area MMA gym, made headlines last July by offering NIL money to all 90 MIami football players in exchange for promoting their brand, committing a total of $540,000 for the first year.

More recently, prominent Miami booster John Ruiz agreed to deals with over 100 student-athletes, primarily on the Miami Hurricanes’ teams, to promote his company LifeWallet. The deals have extended across the Hurricanes’ athletic fields, looking to secondary sports like golf and swimming as well as the high-profile men’s basketball and football programs. Ruiz said that he eventually wants to sign $10 million worth of NIL deals with Miami student-athletes and that he already has a $7 million payroll.

Ohio State, which recently claimed to have the most NIL earnings in the nation at $2.98 million, developed its own group NIL opportunity when the non-profit The Foundation announced a NIL deal totaling $550,000 with four prominent Buckeye football players. Quarterback C.J. Stroud and Jaxon Smith-Njigba are working with Designer Shoe Warehouse through the deal, while running back TreVeyon Henderson and defensive back Denzel Burke will promote American Eagle. The deal will also include a charity component with fundraiser appearances and meet-and-greets.

The Matador Club’s landmark deal shares similarities in its structures and benefits with its predecessors, from dispersing NIL money to walk-ons to impacting the local community through charitable work to its careful compliance with NCAA regulations.

The greatest similarity between the deals, though, is their underlying objective—to bolster the state of the athletic program and gain an edge on the competition. The Matador Club acknowledges that, but Campbell is careful to approach the NIL sphere the right way.

“Now, I’m certain that when every player on our roster gets $25,000, it’s going to become known that Texas Tech has a good NIL program that’ll be appealing to recruits, but we’re not going to make any promises on the front end,” Campbell said. “We’re not going to break any rules.”