Through the collective, select SMU student-athletes could make a reported $36,000 in NIL earnings 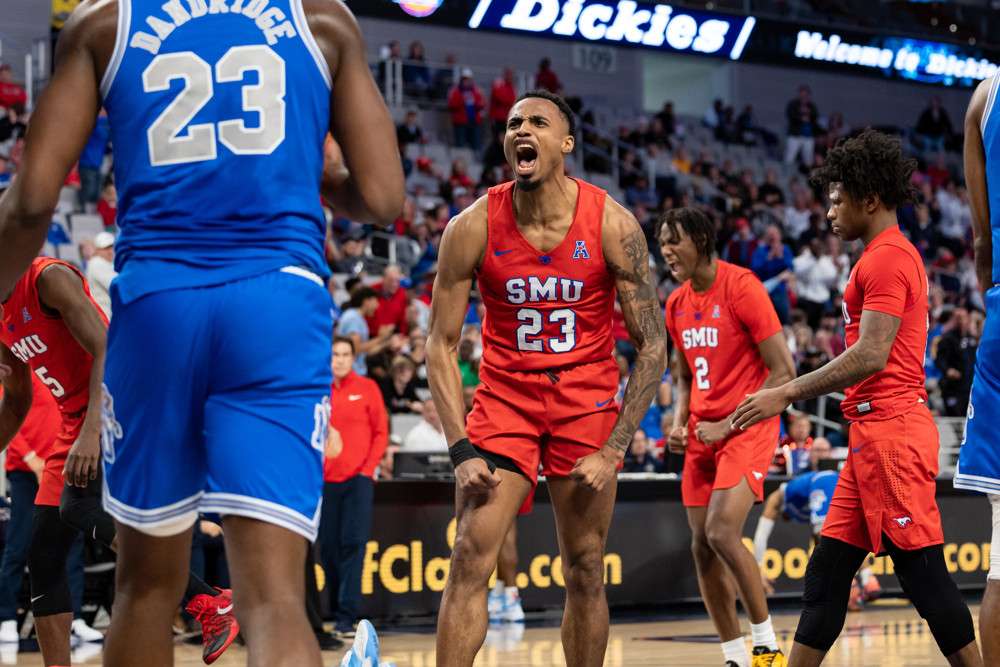 FORT WORTH, TX - MARCH 12: SMU Mustangs guard Michael Weathers (#23) reacts after making a shot during the American Athletic Conference college basketball game between the SMU Mustangs and the Memphis Tigers on March 12, 2022, at Dickies Arena in Fort Worth, TX. Photo by Matthew Visinsky/Icon Sportswire

On Monday, beneficiaries of Southern Methodist University announced the creation of The Boulevard Collective, a new NIL collective designed to give the school’s athletes a chance to monetize off their name, image and likeness by representing the Dallas-Fort Worth area in a variety of appearances and community-based events.

The collective is comprised of fans, local business owners and alumni and is not affiliated with the university. It will be led by Chris Schoemann, who previously worked as a consultant to SMU Athletics on NCAA compliance. Notable SMU alumni Chris Kleinert, CEO of Hunt Realty Investments, and Kyle Miller, president and CEO of Silver Hill Energy Partners, were both instrumental in the formation of this new collective.

“This is just the beginning,” Kleinert said in a press release. “The purpose of the Boulevard Collective is to create opportunities for SMU athletes that enhance their athletic career, while preparing them for wherever their professional aspirations might take them at SMU and beyond. Our goal is to ensure this Collective becomes the gold standard for NIL efforts across the country.”

The Boulevard Collective has outsourced its NIL education, disclosures and tax-related preparation to Opendorse, a NIL deals platform that has already partnered with over 20 NIL related collectives across college athletics, to ensure the collective meets all NCAA compliance regulations.

Following the introduction of the collective, unidentified sources told media outlets that The Boulevard Collective prepared to pay athletes on the football and men’s basketball teams $36,000 each, which equates to $3.5 million in incentives.

The collective was introduced to SMU athletes of the football and men’s basketball teams on Saturday during a back-to-school community event benefitting the Dallas Independent School District. Athletes, in partnership with nonprofits United to Learn and the Good Foundation, distributed over 400 backpacks and school supplies to students in need.

Shoemann, executive director of The Boulevard Collective, said of the launch, “For a city and alumni base as relationship-oriented as Dallas and SMU, it seems only fitting that the community has come together in this way.”