Jon Seaton has a five-figure TikTok deal with Athlete Recruitment 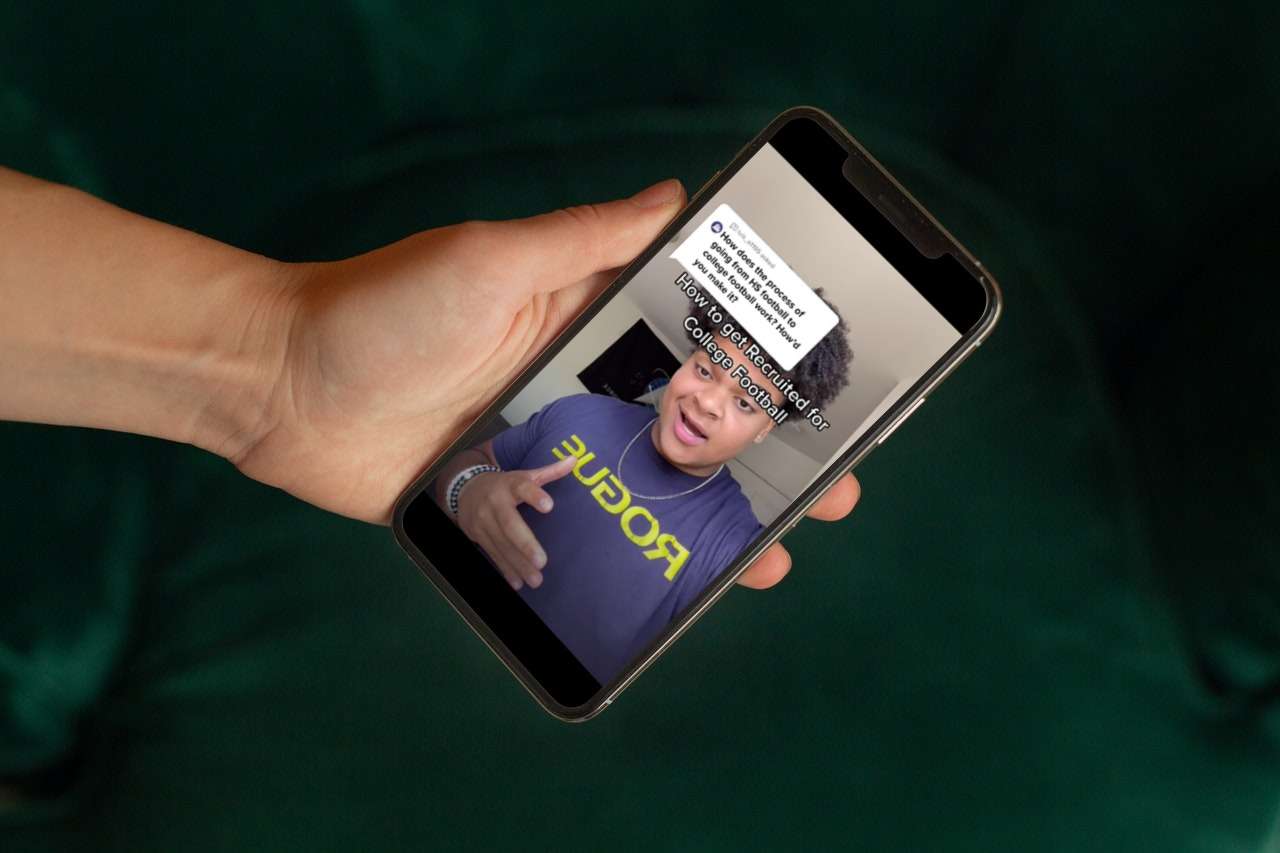 Ever since student athletes were approved to begin profiting from their name, image, and likeness on July 1st, we’ve seen no shortage of NIL deals across the country. While there have certainly been several agreements signed by well-known student athletes we often see on television, star players aren’t the only ones signing deals.

Excelling in a nationally televised game in front of millions of viewers certainly won’t hurt a student athlete’s NIL prospects, but what’s proven to be more indicative of endorsement value is possessing a wide-reaching social media presence. As popular as college sports are, an individual’s influence can be leveraged more easily across platforms such as Twitter, Instagram, TikTok, and Snapchat, especially to the younger generation.

Perhaps no one exemplifies this more than Jon Seaton. Seaton, a walk-on at Elon University, who landed a five-figure endorsement deal without ever playing a snap of college football. While merely being on a Division I roster is a feat many athletes across the nation strive for, it doesn’t automatically qualify someone for a profitable NIL deal, especially a walk-on. You might ask, how can a walk-on offensive lineman at a small FCS school secure such an endorsement deal?

Well, Seaton happens to be an extremely resourceful content creator through his TikTok account, which has over 1.5 million followers. His TikTok account has generated over 30 million views over the past two months, a staggering figure for someone without the name recognition of someone like Matt Corral, Bryce Young, or DJ Uiagalelei. However, if a company’s target audience spends substantial time on social media platforms such as TikTok, Seaton’s content can be an ideal channel to promote their product.

Coaches might not like to hear this, but the fact of the matter is that a student athlete’s chances to make some money while in college hinge heavily on how active they are on social media. Exhibit A of this is Jon Seaton. He might be an offensive lineman for a Division I football program, but his endorsement value has nothing to do with his on-field performance.

Seaton’s story is undoubtedly interesting, but perhaps even more noteworthy is the company that signed him to the aforementioned five-figure NIL deal. Currently, there is no shortage of recruiting resources and websites available for high school athletes to access. However, Athletes in Recruitment offers a novel concept that could catch on with the next generation of high school athletes.

Launched this past May, AIR is a three-sided platform that is a cross between LinkedIn and a dating app, but for collegiate recruiting. High school athletes can promote themselves to college coaches, compare themselves to their peers, and “swipe right” for colleges they have interest in. Along the same lines, college coaches can also sort, filter, and swipe for a prospective athlete based on recruiting needs. AIR’s third side is for liaisons (high school coaches, parents, trainers, etc.) that can advocate for their athletes or act as an intermediary.

As of now, AIR is football only and already has 59,000 users, including over 650 college coaches. Founded by former SMU football player, James Sackville, AIR has jumped into the NIL space through the partnership with Seaton to promote and grow its brand.

For a generation that loves content in quick segments available at their fingertips, AIR has the potential to disrupt the recruiting landscape moving forward. In contrast to lengthy questionnaires and endless highlight videos, AIR is an easy-to-use app for all parties involved in the recruiting process.

AIR enables student athletes to promote themselves and display their athletic resume on a platform that is designed specifically to facilitate engagement with coaches. Coaches can streamline their recruiting processes by filtering prospects by specific attributes of their choice including position, weight, location, GPA, and more.

In addition, AIR enables them to connect and network with other coaches by giving them the ability to search through all other AIR users to see their profiles and chat. And finally, liaisons can endorse and promote their student athletes to relevant college coaches throughout the recruiting process.

NCAA rules and regulations forbid direct contact from a college coach to a high school football player before September of his Junior year. To align with that regulation for these underclassmen, the liaison serves as the bridge of communication. To top it off, AIR is free to use for student athletes and college coaches, something that’s foreign in today’s recruiting environment.

It’s been fascinating to watch NIL play out since July 1st. We’ve seen student athletes across the nation showcase their personalities in a way we can’t see when watching them compete on the field of competition. It’s offered a way to get to learn the stories of student athletes like Jon Seaton, who we aren’t going to see on ESPN anytime soon, yet still carries strong endorsement value with his presence on social media.

Similarly, NIL has been a way to learn more about companies or platforms like Athletes in Recruitment, who are looking to promote their brand through the avenue of a student athlete’s influence. With the number of high school student athletes that have interest in playing at the next level, the demand for recruiting assistance resources has never been higher. AIR’s platform caters to that demand in a way that connects well with the younger generation.

“Swiping right” has become a term associated with dating apps, but now it can lead to an opportunity for a high school athlete to attend college while playing the sport they love. People have criticized and pointed out the unintended consequences of NIL, but one of many reasons why it’s such a net positive is that we can learn about services like AIR that we might’ve never heard of before.

It will be fascinating to watch AIR’s growth in the future, and if we will see more student athletes like Jon Seaton continue to ink strong NIL deals.