The 6-foot-7, 300-pound offensive lineman says that “when you have a body this good, you deserve to be paid.” 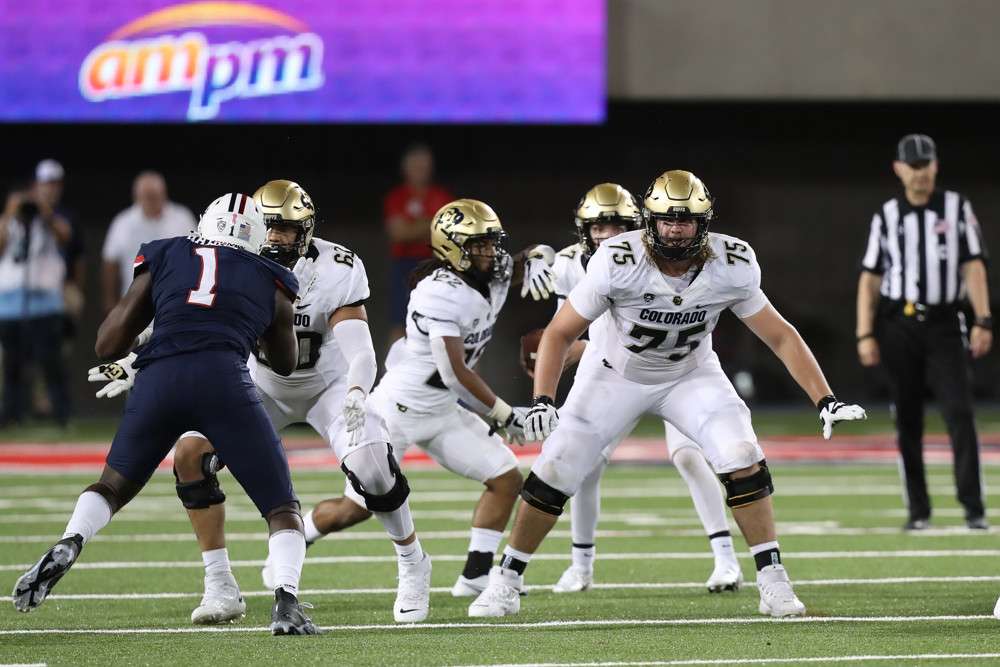 Tommy Brown (75) plays in a game between Colorado and Arizona. (Photo by Christopher Hook/Icon Sportswire)

Brown signed a NIL agreement with the clothing brand Shinesty. Standing 6-foot-7 and weighing 300 pounds, Brown advertises this deal with an extensive underwear campaign with the line, “when you have a body this good, you deserve to be paid.”

Brown will star in Shinesty’s latest social media campaign, which he describes as a Calvin Klein ad, but with a better looking dude wearing underwear that’s actually comfortable. The campaign will be a remake of some of the most iconic photoshoots within high fashion.

Shinesty’s Creative Director Ben Lauderdale was asked what made the former college football national champion the best prospect for the role.

“Well, it wasn’t really my dream,” Brown said of the deal. “But I’m sure someone dreamt of modeling underwear for a company, and now their dream has come true for me.”

Shinesty is a Boulder, Colorado-based clothing brand founded in 2014 by Chris White and Jens Nicolaysen. Shinesty is on a mission to bring an outlandish collection of clothing to fashion.