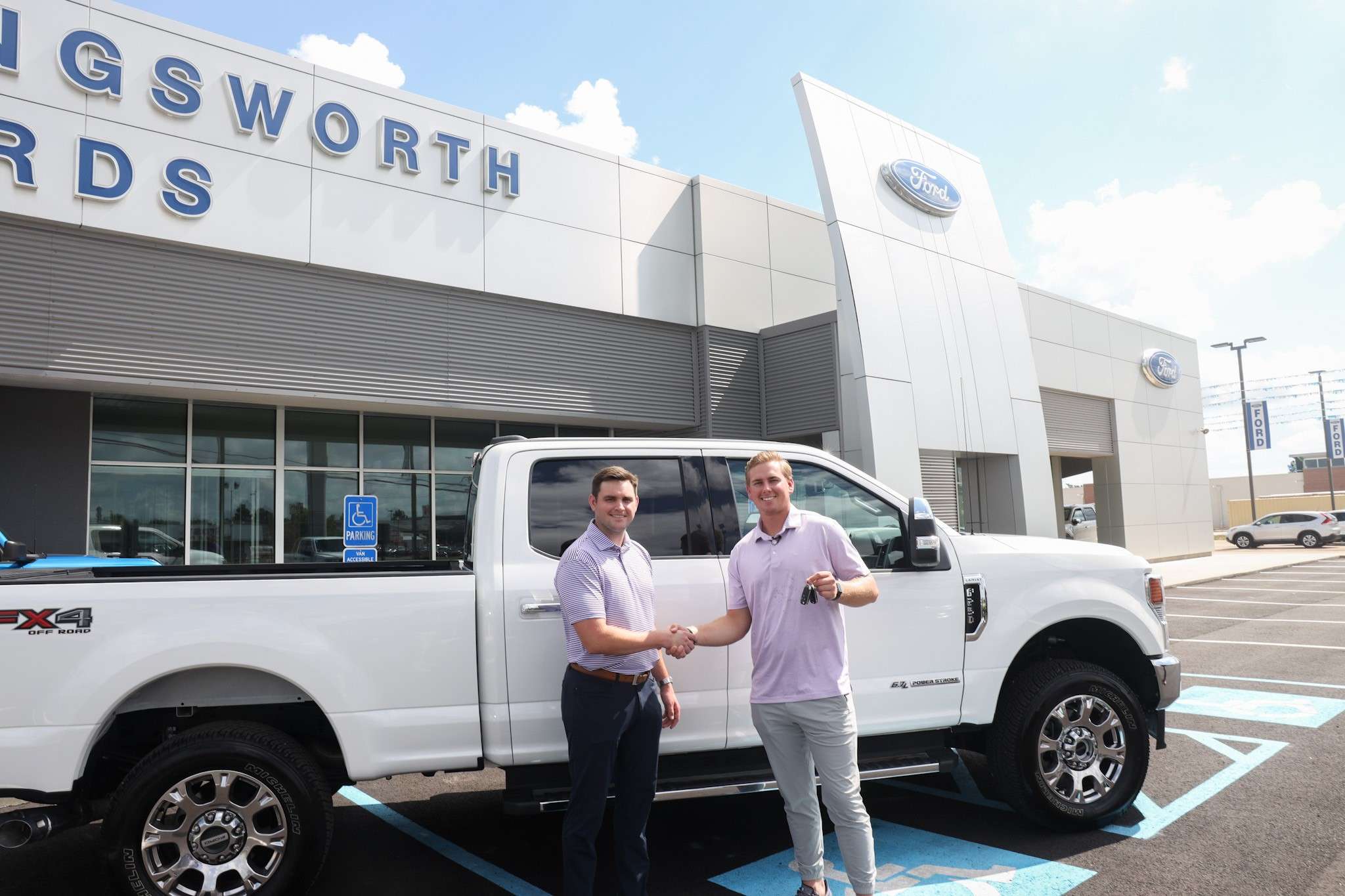 This post will be updated as new deals are made public. Contact me if you have a new deal I should add.

Car deals were often the example given when we all talked about the opportunities name, image and likeness might bring for student athletes. Dealerships aren’t disappointing, jumping right in during the first two months of this new NIL era.

So far, deals have mostly been for football student athletes, but there has been one announced for a men’s basketball player. The deals made public include:

Deal brokered by: The Virtus Brand

Bresee will appear in TV, social media, radio and digital campaigns for the dealership

Part of the deal is reportedly that Oduro will wear Jim McKay attire at all of his press conferences.

Deal notes: This deal is through the end of the 2023 season. He gets to exchange vehicles every 3-6 months throughout the term.

Other Car-Related Deals for Student Athletes

There have been other car-related deals that haven’t involved student athletes receiving vehicles. Some of those have included:

Although details vary by deal, most of these deals include some combination of social media promotion and personal appearances. Others have mentioned print and broadcast advertising possibilities as well.

I asked CPA Katie Davis (who was previously on my podcast talking taxes for student athletes) of James Moore & Co. to break down for us the tax implications for student athletes accepting these deals. She used the first deal made public, LSU quarterback Myles Brennan’s, as an example.

For purposes of this example, Davis said she assumed the truck was a loaner for football season. She says the auto dealer will issue Brennan a 1099 for the fair market lease value of the truck. Assuming an average lease value on a Ford F-250 of $714/month, Brennan would receive a 1099 for $3,570 for 2021. That deal alone (if was Brennan’s only NIL deal) would fall below the US standard deduction of $12,500.

“He could also be subject to state taxes: Mississippi if he still has residency there, and Louisiana as the income was sourced in that state,” said Davis. “For both states, the truck value also falls below their thresholds for incurring tax. However, he still has to file a US tax return to pick up the 15.3% self-employment income.

“For the truck alone, that would be $546 of tax to go toward Social Security and Medicare. Then, the act of filing a federal return may require the filing of state returns depending on the state and residency status, even if no tax is due.”

“In Brennan’s case, he could generate taxable income (income exceeding deductions/exemptions) at the federal level and in multiple states by the time you take into account other NIL deals plus his taxable cost of attendance and other education-related benefits,” said Davis.

“I’m not saying taxes are a bad thing or a reason to not allow student athletes to benefit from their NIL or additional education-related awards. But I think it’s incredibly important for some tax basics to be included in the schools’ NIL financial literacy education programs. Student-athletes should understand their responsibilities, how 1099 income differs from W-2 (which their parents may be more familiar with), and the potential state tax requirements.

“They should also understand that non-cash compensation is still subject to tax, which has to be paid with cash, so that cash should be set aside. There could also be penalties if taxes are paid in a lump sum when tax returns are filed instead of throughout the year. Also, there are some tax benefits the high earners could take advantage of to reduce their taxable income, such as putting money in an IRA.”

The NCAA’s new NIL policy, as well as state and institutional policies, all allow student athletes to hire financial advisors, lawyers and agents to assist with navigating these new opportunities.