Trends in Name, Image and Likeness in the First Few Months

Interesting trends have emerged in the first three months 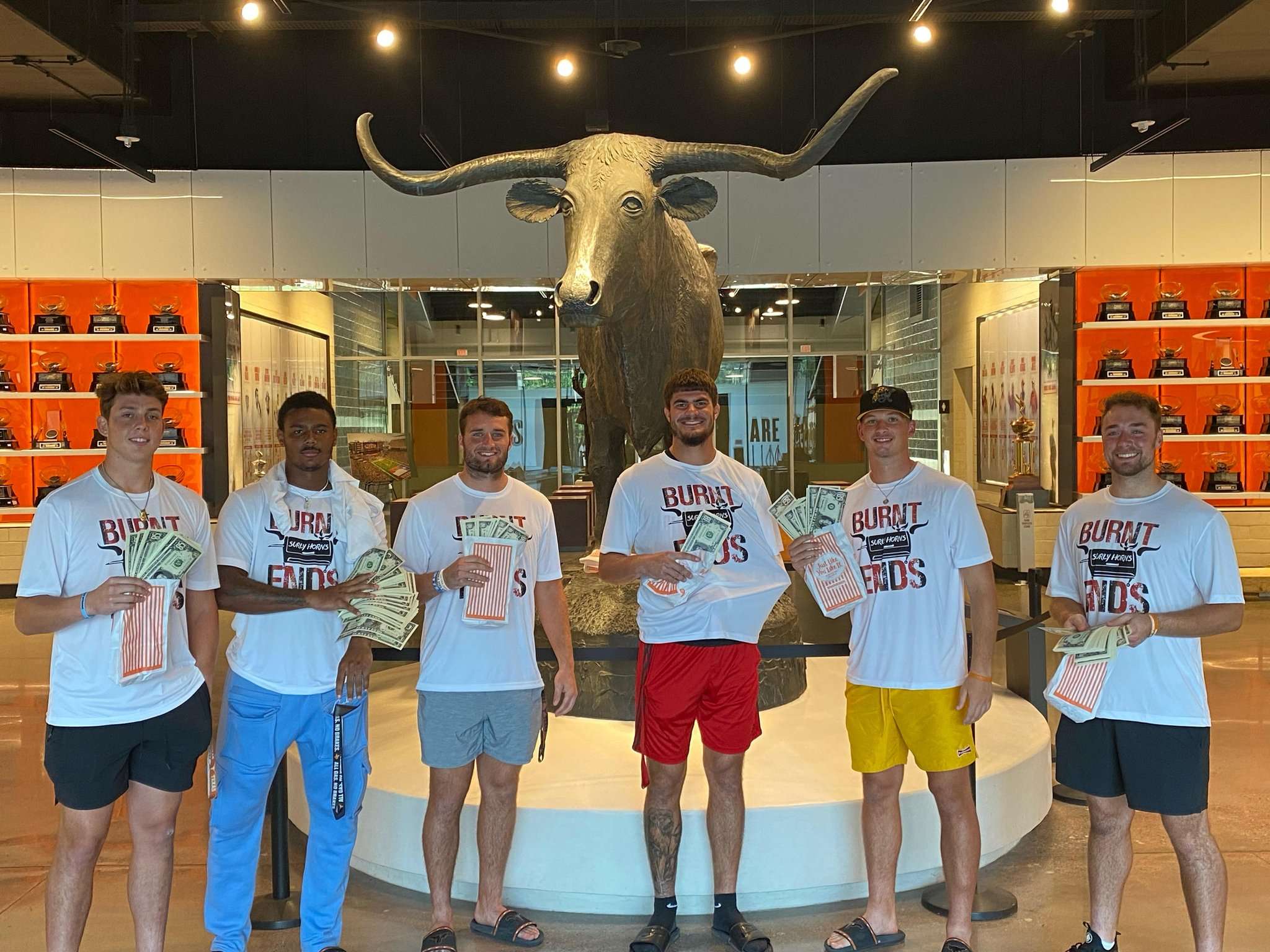 Now that we’re more than three months into student athletes being able to monetize their name, image and likeness, trends are starting to emerge. Although NIL is inherently an individual concept, several early trends center around NIL deals offered to groups of student athletes.

There has been a lot of excitement around NIL, from the student athletes themselves to alumni, boosters, fans, businesses and even professional sports teams. Despite the uncertainty around the patchwork of rules and laws we currently have, individuals and businesses alike have entered the marketplace and quickly created a new thriving economy around NIL.

Some of it was expected, but seemingly every day there’s a new announcement that challenges the way we look at NIL and the possibilities for student athletes, universities and other stakeholders.

In the first week of this new NIL era, American Top Team made headlines when it offered a $500 per month month deal to every scholarship football player on University of Miami’s football team in exchange for social media promotion, personal appearances and other marketing activities.

Another group deal that received extensive attention was when Built Protein Bars offered an amount equal to tuition to every walk-on player on BYU’s football team. Scholarship players received an offer of $1,000 each.

We’ve also seen deals that focus on a specific unit of a team, like the crowdfunding venture put together by fan message board Surly Horns with all seven of the tight ends at University of Texas for $10,000. Another example was for Wisconsin’s offensive line from Mission BBQ.

Another trend we’ve seen—in many cases related to these group deals—is the emergence of crowdfunding campaigns to benefit student athletes. The Surly Horns deal mentioned above is one example.

Another example is The Gator Collective, set up to benefit student athletes at the University of Florida. In exchange for their financial commitment, fans receive access to exclusive interviews, live video conferences where they can interact with student athletes, raffles and more. Fans can sign up for as little as $5.99 per month, and student athletes are compensated for their participation in activities with the group.

StudentPlayer.com was established to enable crowdfunding for student athletes at any institution, with the ability to designate it for a specific player or position. Student athletes will earn the money by performing various promotional activities.

Continuing with the group theme, we’ve also seen universities begin to partner with third parties to allow for group licensing opportunities. One company in particular, The Brandr Group, has entered agreements with nearly one dozen athletic departments.

The Brandr Group’s partnerships with institutions allows for the collective use of student athletes’ NIL in conjunction with official trademarks and logos for everything from merchandise to NFTs and more. UNC was the first school partner and has already seen student athletes signing on to profit with businesses including HanesBrands, Nike by BCS and Outerstuff apparel, NFTs through RECUR, FOCO products, and health organizations like Honey Stinger.

In addition, OneTeam Partners plans to have a direct way for student athletes to opt-in on the group license even at schools where Panini doesn’t currently have licenses.

Another growing trend involves professional sports teams getting in on the NIL action. The NHL’s Florida Panthers quickly signed Miami quarterback D’Eriq King to an NIL deal, naming him their first “FLA Athlete.” In this role, he’ll appear at games and events and produce content to engage the fanbase.

Over in MLB, the Braves used Instagram to invite student athletes across “Braves country”—which includes a stretch of the Southeast from Mississippi to North Carolina—to apply for partnerships with the team. Ultimately, University of Georgia gymnast Rachel Baumann and Georgia Tech quarterback Jordan Yates were selected. They will receive cash stipends, merchandise and commission on tickets sold through their own social platforms.

Minor League Baseball and collegiate summer teams have jumped in on NIL as well. The Reno Aces have partnered with four Nevada Wolf Pack football players to try and bring more Wolf Pack fans to the ballpark.

The Savannah Bananas collegiate summer team took a different approach, outfitting the team with 29 unique jerseys featuring the player’s picture. Those jerseys were auctioned off, with proceeds divided between the student athletes and the team, and replicas were made that will generate $20 per jersey sold for the student athletes.

Perhaps one of the most heartening trends in the NIL space is the number of companies being founded by former and current student athletes. For example, the marketplace Dreamfield, which helps match student athletes with opportunities from brands, was co-founded by Miami quarterback King and FSU quarterback McKenzie Milton.

NAIA student athlete Chloe Mitchell founded marketplace Playbooked, which was able to get a jump start months before competitors focused on NCAA student athletes thanks to earlier passed NAIA rules.

Engage, which allows the booking of everything from speeches to one-in-a-lifetime experiences, was founded by former USC football player Jake Olson, the first blind football player in Division I.

Numerous other former and current student athletes are involved in virtually every front, from website and graphic design to serving as marketing agents and financial advisors. No doubt, they will continue to shape the new economy developing around NIL rights, knowing firsthand both the demands and opportunities involved with being a student athlete.

With major national brands only just beginning to move into the space, and new and innovative deals being announced daily, the NIL landscape continues to shift and grow. State laws are still being passed and amended, and it’s still unclear how a federal law or final policy from the NCAA may change the marketplace as it exists now.

The best we can all do is simply try and keep up and put educating and protecting student athletes at the forefront of every decision that is made.