What Student Athletes Taught Me About NIL at the NIL Summit

I learned a great deal from student athletes at the NIL Summit, particularly about NIL education 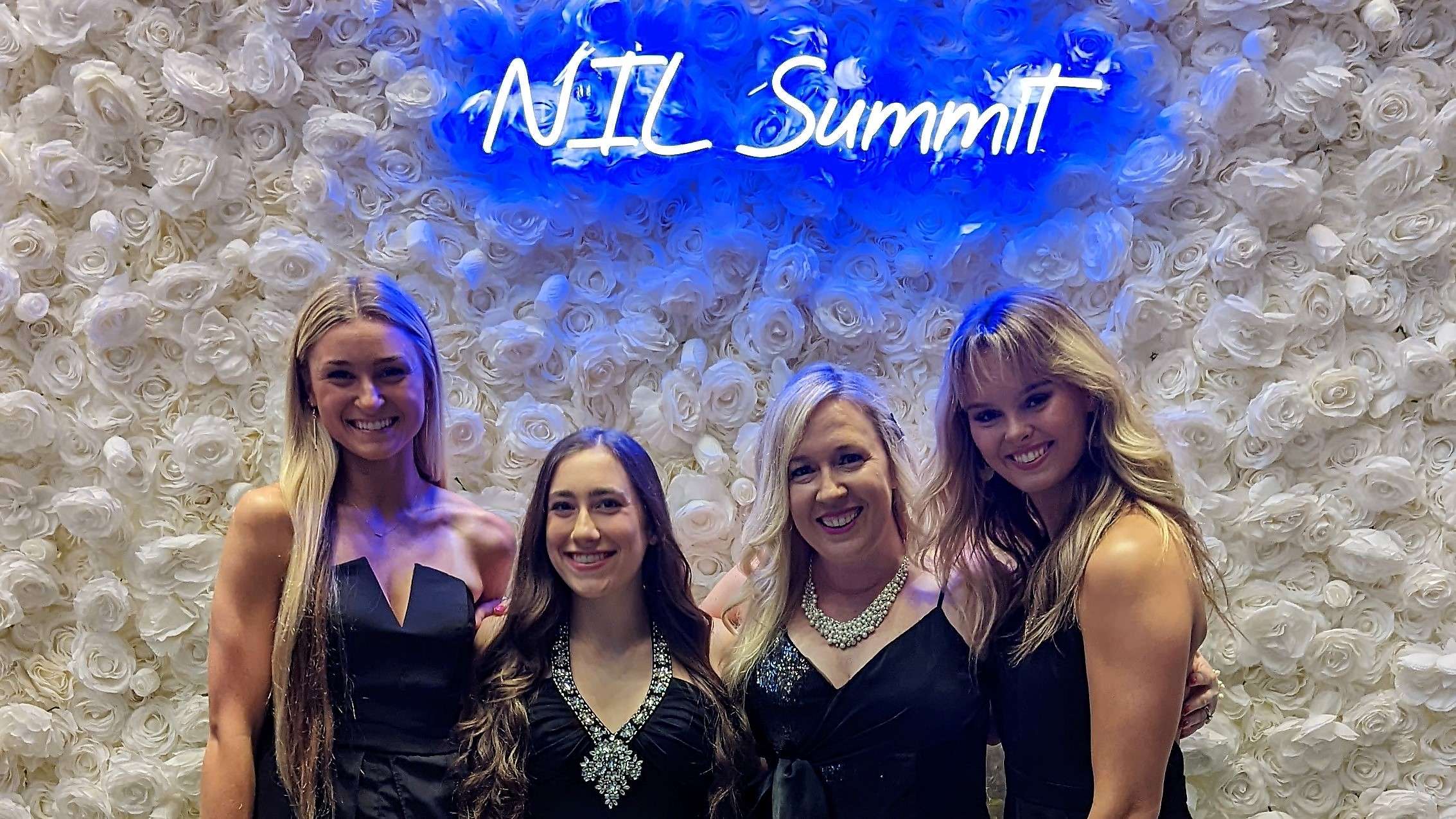 This week, I attended the NIL Summit in Atlanta. It was an insightful experience because of the time I got to spend with the athletes who attended, many of whom have been very active with their new name, image and likeness rights.

Unfortunately, I only made one session the whole time I was there, but I would venture to say I learned far more from the sit downs I had with athletes.

For those who weren’t there, I thought it might be helpful to share a few things I learned.

Piggybacking off my last point, many athletes are looking at NIL as a long-term opportunity, not just as the chance to make money off social media posts, in-person appearances or autograph signings. They’re creating products and companies and taking equity stakes in their partners.

Admittedly, many of the athletes who attended the NIL Summit are top performers in the NIL space, so they’re probably more likely to be entrepreneurial. However, I’ve found that many college athletes are interested in using NIL to pursue something that takes them beyond graduation.

When I was a college student, being an entrepreneur never crossed my mind. And while universities have increasingly added robust entrepreneurship programs, most college athletes aren’t enrolled in those academic programs. So, it’s up to athletic departments and collectives to fill in those gaps and provide the resources athletes need to make educated decisions.

As someone who has paid for quite a few online courses and business coaches over the years, I can tell you there are a lot of folks out there who bill themselves as “experts” and “business coaches” who are merely good salespeople with very little other entrepreneurial skills or knowledge.

For example, the first business coach I bought a course from routinely told people they should invest in themselves by putting thousands of dollars on a credit card (or multiple credit cards if your limits were too low!) for coaching, saying that if you don’t invest in yourself, clients/customers won’t invest in you. Unfortunately, I didn’t know about her gross tactics until I’d already bought the course as a result of some very persuasive Facebook ads and webinars.

Since I started my PR agency seven years ago (which I recently sold, woohoo!), I’ve met dozens of women in my female entrepreneur groups who have invested thousands of dollars in coaching and education only to be in debt with nothing to show for it but a pretty website and a stack of credit card bills.

Do not leave it up to athletes to find their own education. Which leads me to my next takeaway…

Athletic departments, marketplaces and others have all tried to offer athletes education on topics ranging from law to finance to taxes and more. Unfortunately, one of the top things I heard from athletes is that they don’t feel like they’re getting the guidance they need.

I’ve heard the speakers who’ve been on campus aren’t interesting or don’t seem to understand the types of deals and offers athletes are getting. I’ve heard athletes don’t have time for the recorded education they’ve been offered, or that if they’ve tried watching, they found it boring. I’ve heard they don’t know how/where to find education being offered to them.

For those of you providing education to athletes, I know you’ve created lessons and resources and are trying to give them what they need. I think it’s a matter of trial and error to find the formats, people and topics that engage athletes. Keep trying.

Ask your athletes who they follow/read/listen to who’ve given them valuable advice. Invite those folks to be a part of your education program. Learn from their formats and delivery to create your own content.

There are a long list of legal issues I’ve talked to athletes about just in the past two weeks: using copyrighted photos, FTC disclosures, usage rights, exclusivity, kill fees, trademarking book titles and podcasts and more.

When athletes hear “legal,” I’d venture to guess their brains shut down. It sounds like you’re getting ready to talk about something serious and boring and difficult to understand. But you can trick them into it! Don’t use titles like “Legal Issues for Student Athletes” or “How to Understand a Contract.”

Want to know the title of the TikTok I did recently on copyrighted photographs that several athletes mentioned to me at the summit? “Creators: making this mistake could cost you $150,000.” One even said she had to click on it after seeing that headline.

But don’t forget my last point…you have to find a way to get athletes engaged with education. They don’t want some guy in a suit lecturing at them. It needs to be hands on. It needs to be someone they can connect with on a personal level. Adults talk at them all the time. Who can you bring in that can meet them at their level?

Which leads me to my next scary revelation…

Athletes are negotiating and drafting their own contracts

Yes, you read that correctly. As an attorney myself, I’ll admit this was tough to hear. More than one athlete told me they’ve been asked by a brand to provide the contract.

Remember that many of the brands reaching out to athletes are smaller, less sophisticated brands looking for social media promotion. They often don’t have an attorney on retainer and haven’t worked with many—if any—influencers previously.

Most of the deals I heard about that involved this situation weren’t worth enough money to warrant engaging an attorney given the hourly rate of most attorneys. In my opinion, the safest thing for an athlete to do if they aren’t going to hire an attorney is to bring the deal onto one of the marketplaces. Most of the marketplaces allow athletes to bring a deal onto the platform and utilize their standard contract.

However, we all have to accept the fact that most athletes aren’t going to do this. They don’t want to give up part of their money to the marketplace or ask the brand to pay extra to be on the marketplace platform. You can disagree with them all you want, but I’m telling you this is what is happening.

So, what’s the solution? I’m hoping more law schools will start legal clinics to assist athletes. Also, I think it’s something collectives can offer to student athletes for free or at rates that make sense for these smaller deals.

I’ve been speaking on college campuses for more than a decade about life after graduation. The number one thing they’ve said to me over the years is that they’re insecure about their resume and job prospects because they haven’t done internships like their peers.

This issue came up over and over again in conversations I had in Atlanta, including from former college athletes. There’s a huge desire for micro-internships that fit in the small windows of time athletes have outside of their sport’s season. A few companies offer these, but it’s a very small number.

For all those brands and companies wanting to get involved in NIL, I’d suggest considering these micro-internships for college athletes. You can even make it part of your NIL deal, asking the athlete to create content around their internship experience versus posting the purely commercial content I see most athletes posting for brands.

If you’re interested in potentially offering a microinternship to a student athlete, fill out my form here.

They want more opportunities to connect with each other

The part of NIL Summit I think they enjoyed the most was the opportunity to meet one another, connect and create content together. Several of them mentioned to me that the best part of the event was meeting athletes from other schools, in other sports. While they get the opportunity to meet other athletes in their sport during competitions, they don’t often meet athletes in other sports.

The athletes were constantly creating content together, from taking photos of each other, to taking photos together, to creating TikToks and Instagram reels. I highly recommend to anyone putting on an event for athletes in the future to have plenty of backdrops, booths and technology to help them create content. I’d venture to guess creating content together was one of their favorite parts of the event.

We’re only one year in, so I expect for there to be some gaps in education, some missteps, and some confusion. So, this post isn’t about chastising anyone in the industry for not doing better. I found it invaluable to have time with athletes this week to hear what is and isn’t working for them. Overall, most of them have had a positive experience with NIL thus far. Let’s all work together to make that even better in year two.