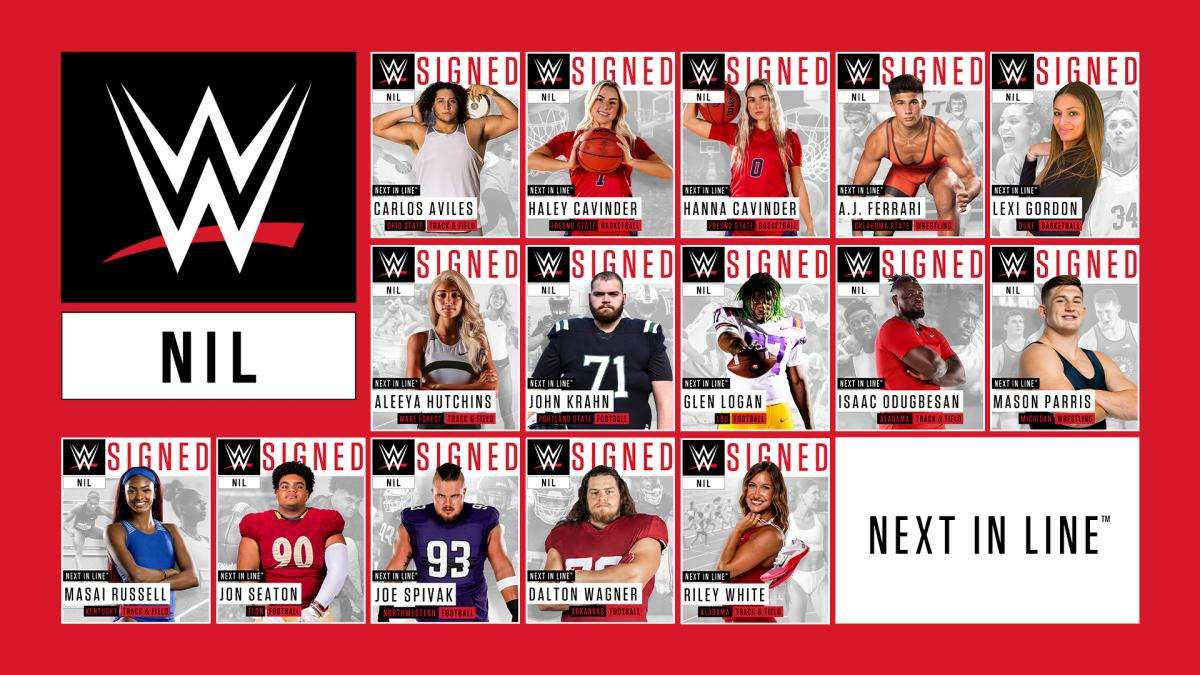 Just last week WWE announced their unique “Next in Line” NIL program that would offer select college athletes to train like WWE stars – both in and out of the ring – with the chance to earn a contract upon completion. Today, the professional wrestling, media and entertainment company revealed their inaugural class of athletes, headlined by NIL stars Haley and Hanna Cavinder, twin sisters on the Fresno State women’s basketball team.

The “Next in Line” class – that spans 13 schools, seven conferences, four sports and three countries – will have access to the state-of-the-art WWE Performance Center in Orlando, Fla., and the breadth of WWE’s athlete brand building services including media training, live event promotion, creative writing and community relations. After completing the program, select athletes may earn a WWE contract.

“The WWE NIL program has the potential to be transformational to our business,” said Paul Levesque, WWE Executive Vice President, Global Talent Strategy and Development. “By creating partnerships with elite athletes at all levels across a wide variety of college sports, we will dramatically expand our pool of talent and create a system that readies NCAA competitors for WWE once their collegiate careers come to a close.”

In addition to the Cavinder Twins – and recent Olympic gold medalist Gable Steveson and defending NCAA champion for the University of Minnesota who joined WWE via a NIL deal in September – the “Next in Line” class includes:

Athletes who wish to be considered for future “Next in Line” programs can apply directly with WWE via www.WWE.com/NIL