The Clemson QB will be in Dr Pepper’s “Fansville” campaign 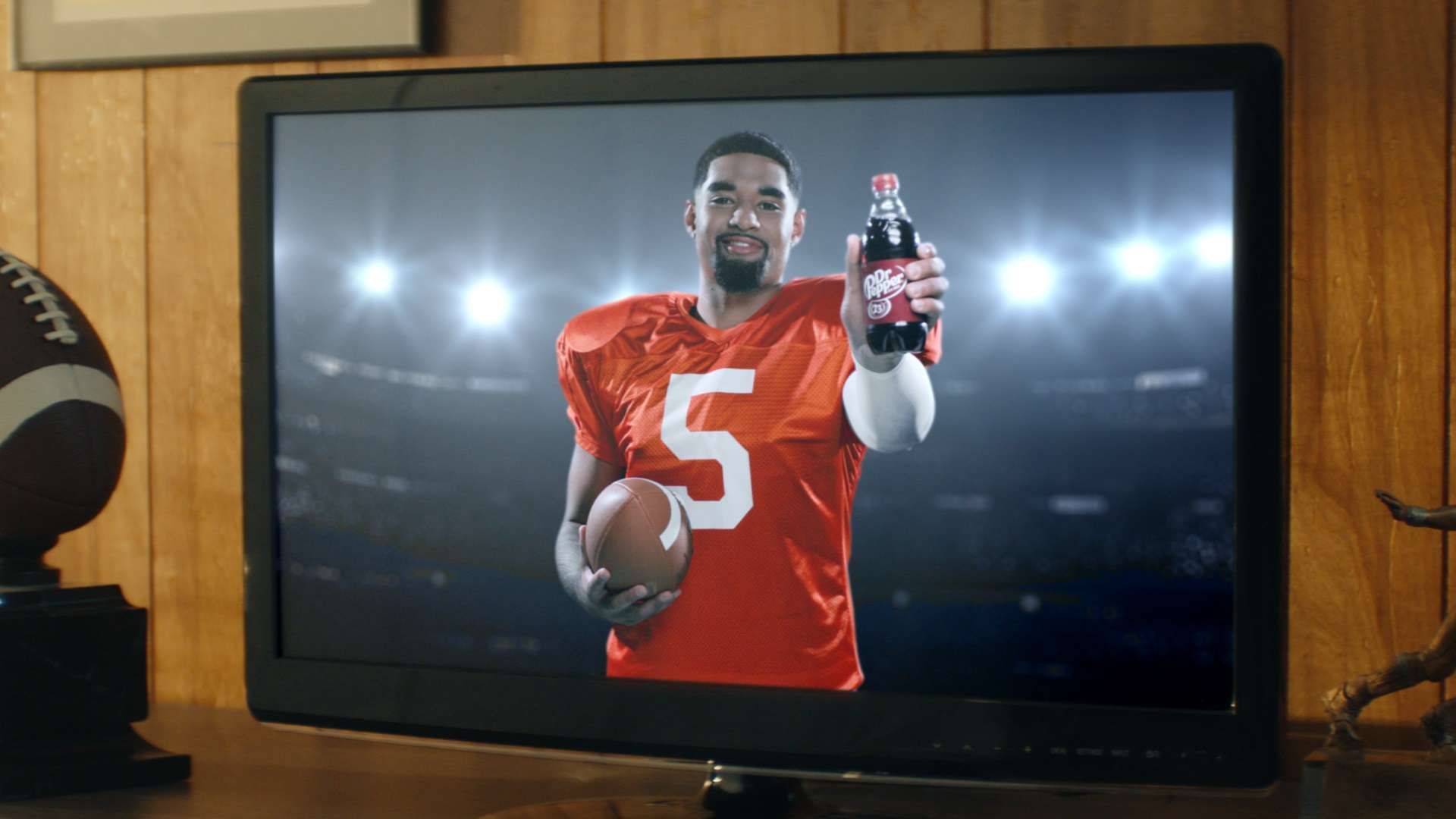 Dr Pepper announced today it has signed Clemson QB DJ Uiagalelei to be part of its “Fansville” college football marketing campaign, a season-long campaign familiar to college football fans. It is the brand’s first partnership with an active college athlete. It’s also the first known deal with a major national brand that includes a national commercial featuring the student athlete.

In Uiagalelei, Dr Pepper has a quarterback projected as a leading Heisman Trophy candidate and a top prospect for the 2023 NFL Draft.

“DJ is an outstanding athlete and one of the most formidable college football players in the NCAA,” said Andrew Springate, CMO for Keurig Dr Pepper. “Dr Pepper is proud of its relationship with college football, and excited to align with an athlete that embodies the spirit of the game like DJ.”

Other national brands have shied away from signing NIL deals in the early days, in large part due to the patchwork of rules and laws that must be navigated from the NCAA interim rules to state laws and institutional policies. Asked why Dr Pepper decided to jump in, Springate says it was a natural step for the brand.

“Dr Pepper has deep ties and a longstanding relationship with college football. Kicking off this partnership with DJ in the wake of the NIL update was a natural progression of the brand’s alignment with the sport.”

Uiagalelei says it’s a natural fit for him as well.

“I want to do stuff that’s relatable to me. I’ve loved Dr Pepper my whole life, so it’s a no-brainer. I knew I would love to do it.”

The Tigers QB says it was an honor to be approached by Dr Pepper with this opportunity, and he’s excited in particular to be part of “Fansville” this year.

“I think it’s funny. I think it’s entertaining, I love all the new commercials they do every week for it, so I’m super excited to be on it.”

The brand is equally excited about bringing Uiagalelei into “Fansville.”

“We’re thrilled to have DJ on board for one of Dr Pepper’s most exciting campaigns of the year,” said Springate. “A universally loved Heisman Trophy contender who embodies true sportsmanship, DJ is exactly what fans deserve this season. He’s also the star of one of the most formidable college football teams in the NCAA whose faithful fans revel in longstanding traditions. This passion is the iconic embodiment of fandom and everything Dr Pepper ‘Fansville’ represents.”

Uiagalelei says it was also important to him to find a brand that understood his schedule and could work around it.

“The main thing is that you don’t want NIL stuff to get in the way. I’m a student athlete, so the first thing for me is the school, and then it’s football, and then NIL is pushed to my off time.”

South Carolina’s state law on NIL specifically prohibits student athletes from using institutional trademarks, which is why Clemson says you won’t see any of their branding associated with this campaign. The relevant portion of the law states:

Uiagalelei will be the only student athlete featured in this year’s “Fansville” campaign, where he will appear alongside other top talent to be revealed later this month.