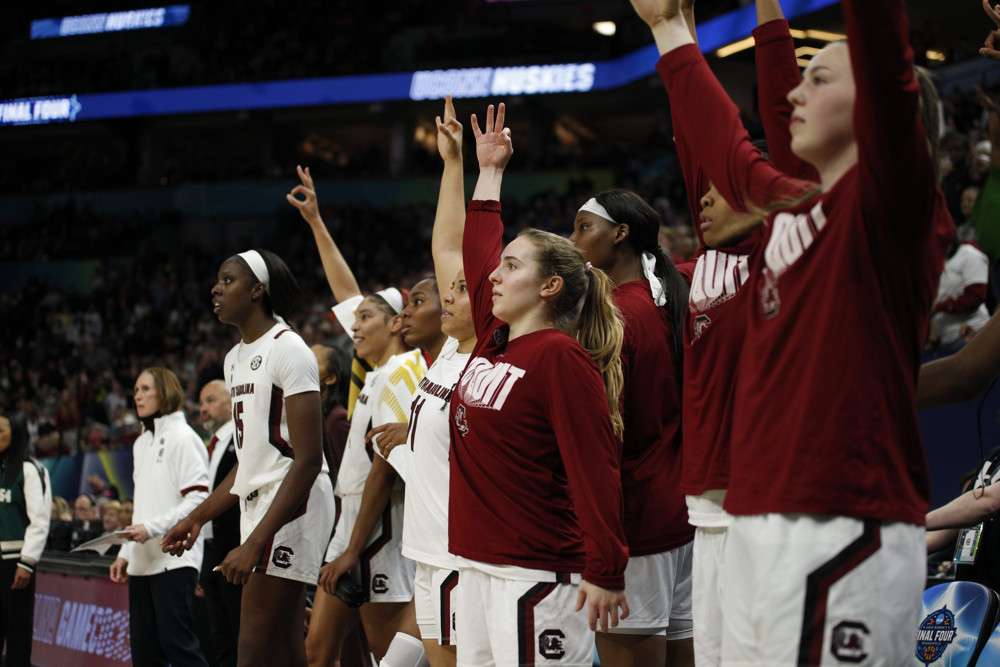 The University of South Carolina Women’s Basketball team, led by head coach Dawn Staley, took home the 2022 NCAA Women’s Basketball Championship. Now, in addition to practicing for the next season, the team is working to get all players additional funding from NIL.

Previously, a few team members were able to capitalize on their athletic ability: Women’s Player of the Year Aliyah Boston and current Indiana Fever guard, Destanni Henderson. Through Garnet Trust, now all players will have access to make NIL deals.

Garnet Trust is an NIL collective at South Carolina that Bakari Sellers, a former politician and attorney, organized. The collective has made it a goal to provide every women’s basketball player with $25,000 worth of deals this season.

“NIL has created an awesome opportunity for these athletes to earn what they have always deserved, and we are excited to continue to support this team for years to come,” Sellers said in the NOCAP Sports press release.

What can fans expect from Garnet Trust?

Garnet Trust will provide fans with opportunities to subscribe to athlete-focused social media posts and in-person events. The collective also hopes to connect athletes with local business. The collective will need outside business support which NOCAP Sports will help facilitate. One outside business, Slate Milk, has already started making NIL deals with team members.

“This is a great thing for our program, and I appreciate the work that went into creating this new pathway for our players to have some assurances that they will have NIL deals coming this season,” Staley said in the NOCAP Sports press release.

With a championship behind them, Garnet Trust hopes to reach their goal of $25,000 in deals for each player this season. To learn more about the ways that fans can support Garnet Trust, go the “Garnet Trust Connect” page here.