The Case for Houston to the Big 12: Economic Impact 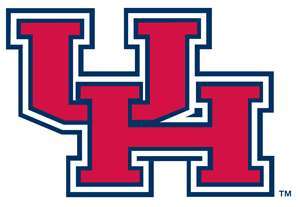 With Texas A&M’s official announcement that it is leaving the Big 12, at least one school can expect a call from the conference. I think the case can be made for several schools to the Big 12, which is why I think now is the time for the conference to get back to twelve members and attempt to solidify its future.

This is one of four pieces making the case for University of Houston to receive an invite to the Big 12. The other pieces can be found at Forbes.com and ChuckOliver.net. Links follow this piece.

Being in a conference like the Big 12 generally means bigger crowds at home games. Out-of-town visitors are likely to stay a night or two, eat in local restaurants and make other purchases in local establishments.

A move to the Big 12 for U of H could mean even more than the bump you naturally get from moving to a conference where you’ll host teams like Texas and Oklahoma. U of H already has plans to build a new football stadium and upgrade the basketball arena. It’s expected to build a new stadium that seats 40,000 to 50,000, but if they received an invite to the Big 12 I could see them going to 60,000. As a side note, no Big 12 stadium holds less than 50,000.

Although U of H already has plans to construct a new football stadium and expand the basketball arena, it stands to reason that there is greater potential to raise the money and make it a reality if they were to join a major conference. Both projects would likely be grander in scale as well.

Another opportunity in Houston would involve the use of another stadium: Reliant Park. I spoke with David Tagliarino, Director of Sponsorship and Sports Marketing for SMG – Reliant Park, and asked about the relationship between Reliant Park and University of Houston. He discussed hosting the Final Four with U of H this year and how the two will partner again to host the event in 2016. “As it relates to football, we’ve hosted a lot of Houston games,” Tagliarino said. “We have a great relationship with them.”

When asked if there was a formal agreement in place to host home football games when Houston razes Robertson Football Stadium and builds a new stadium, Tagliarino said no. However, he noted they’ve had conversations where they’ve reaffirmed their commitment to do anything they can to help U of H as a partner. “If we can end up playing a role to assist U of H while they go through upgrades or reconstruction, and there’s a role we can play as a temporary home, that’s something we’re interested in doing.” He followed up by noting Reliant Park’s first priority is the Texans and accommodating their needs and that there are financial issues to work out with U of H. However, he said they would work through those if the opportunity arose to host games.

Yesterday, it was announced that the Bayou Bucket rivalry game between U of H and Rice will be played at Reliant Park in 2012 and 2013. State Farm is a title sponsor of the game and Fox Sports Network will be nationally televising the game. U of H Athletic Director Mack Rhoades said yesterday, “Moving this game to Reliant also allows us in the future to consistently have a minimum of seven games played in the City of Houston. We envision this rivalry extending beyond our fans to the entire city.”

Will there be additional opportunities for Houston to play home games at Reliant Park beyond the reconstruction phase and the Bayou Bucket if they join the Big 12? Tagliarino says he’s sure U of H hopes to have a new stadium on campus to showcase for home games, but that it will likely seat only 40,000-50,000. Reliant Park seats 72,000 and has over 200 suites.

Asked his opinion of U of H moving to the Big 12, Tagliarino said, “If it’s the direction [U of H] wants  to go, we’d be in absolute support of that.”

What kind of money can a U of H home game played at Reliant Park bring in? The Texans and Lone Star Sports & Entertainment, a subsidiary of the Texans, commissioned a study on the Meinke Car Care Bowl of Texas and found it to have an economic impact of $25 million. Attendance at last year’s game between Illinois and Baylor was 68,211, just shy of full capacity. Tagliarino says he thinks a game featuring Houston against Texas or Oklahoma would sell out, although he notes Texas fans would likely not stay the night like bowl game attendees.

There’s evidence to suggest Tagliarino is right about the possibility of sell outs. During the Southwest Conference Era (1976-1995), Houston was home to some large crowds, including a game against Texas that drew 72,124 fans and one against Texas A&M that drew over 70,000, both played at Rice University. Other games played at the Astrodome, which seated fewer, drew well over 50,000 fans.

Although all of those stadiums are larger than Robertson Football Stadium, but it’s obvious U of H needs to expand. Not only did they exceed capacity for five of six home games last year, but the sixth against Tulsa still had the stadium at 93.89% capacity. Season ticket sales increased by 82% for the 2010 football season and were up 136% over the past two years. With the goal of increasing on-campus residential living to 25% of enrolled students by 2015 and plans to integrate the Metro light rail and express bus lines into campus, there’s every reason to believe attendance increases will continue for U of H. Not to mention Big 12 opponents are likely to travel better than U of H’s current Conference USA opponents.

It’s not all about football either. U of H boasts many athletic facilities that have played host to conference and NCAA events. See my piece on Forbes for more details on individual facilities. A move to the Big 12 could mean Houston would be the site for many more events, both on the conference and national level, which would mean big money for the city and the state. No other city in the Big 12 has infrastructure that matches Houston’s.

The real question is whether University of Texas would be in favor of adding U of H. Its endorsement could go a long way. Based on the positive economic impact on the City of Houston, and thereby the State of Texas, and the ability to supplant some of the rivalries lost by A&M’s departure, I wouldn’t be surprised to see some Texas politicians leap into action. If they can convince University of Texas to exert its influence over the Big 12, U of H has a real shot.

Although the Big 12 already gets a portion of the Houston market with its other Texas schools, adding U of H opens additional doors. Being in the market is different than simply having access to the market. Houston is the nation’s 6th largest radio market and 10th largest television market. (For more on this, see my piece on Forbes about ratings for both the Big 12 and U of H in Houston.) It’s also the fourth largest U.S. city. Houston is also the second-most fertile recruiting ground in the Big 12’s footprint, with 140 prospects from Houston signing letters of intent for FBS schools in 2011.

If that’s not enough, twenty-five of the companies listed in the Fortune 500 are headquartered in Houston, the third largest concentration in the United States. In addition, more than 3,500 U of H alums serve as President or CEO of their companies, including CEO Richard Anderson at Delta Airlines, CEO Karen Katz at Neiman Marcus, CEO Douglas Brooks at Brinker International and many more. Five of the six major energy companies in the United States are based in Houston.

This is one part of a four-part series. For pieces on the economic impact of U of H moving to the Big 12 and how it fits in both on the field and as a conference member, check out these links to the other three parts of the series on Forbes.com and ChuckOliver.net:

The Case for University of Houston: Media Market, Academics, Facilities (by Kristi Dosh on Forbes.com)

Houston Cougars Were An Athletic Powerhouse and Can Be Again (by Chadd Scott on ChuckOliver.net)

Texas A&M Officially Announces Intention to Withdraw from Big 12
What Should University of Texas Do?