The Future of Iowa State in Conference Realignment 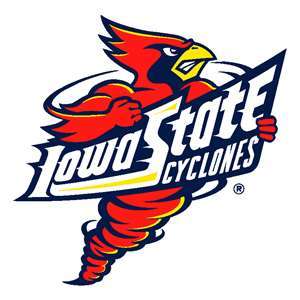 There are a lot of questions regarding conference realignment, and for many schools it means their future is uncertain. Chris Williams (@ChrisMWilliams) over at CycloneFanatic.com asked me to address some questions for Iowa State.

Those of you who follow me on Twitter know that I just completed a 10-day trip with stops at Ole Miss, Texas A&M and University of Tulsa. Being cooped up in the car for almost 3,000 miles gave me and my boyfriend, Chadd Scott of SEC/ACC/C-USA website ChuckOliver.net, plenty of time to discuss conference realignment. We worked through the questions about Iowa State together, and today you can find our answers on CycloneFanatic.com!

Here’s a taste of what we covered over there:

Iowa State has been a player in a major conference for over a century. At this point, the future is unknown and every scenario that a person can think of is hypothetical. But if indeed the future of college athletics is going to four 16-team conferences, do you feel like the Cyclones will be a part of one? If yes, which one and why?

A lot of Iowa State fans want the school to be proactive in these times. With the amount of leverage that a school like Iowa State has, is that even possible? If so, how? Or, do the Iowa State‘s of the world have to wait for the dominoes to fall?

Let’s say that the Pac-12 does indeed jump to 16 but other conferences do not follow immediately. Reports have linked teams like Iowa State, Kansas, Kansas State and Missouri (or some combination three of them) landing in the Big East. Would something like that make sense to you in the present day?

The future of the Big East’s television package is currently unknown. In a scenario that the Big East expands to let’s say, 12 (or more) football teams. Any estimation as to what each school could make in a future television deal?

Is there a chance that Oklahoma and Texas’ talk about going to the Pac-12 is a power play to force Notre Dame’s hand? At the end of the day, I assume that Texas nor Notre Dame want super conferences right?

What Should University of Texas Do?
Request re: Professors Who Use BusinessofCollegeSports.com