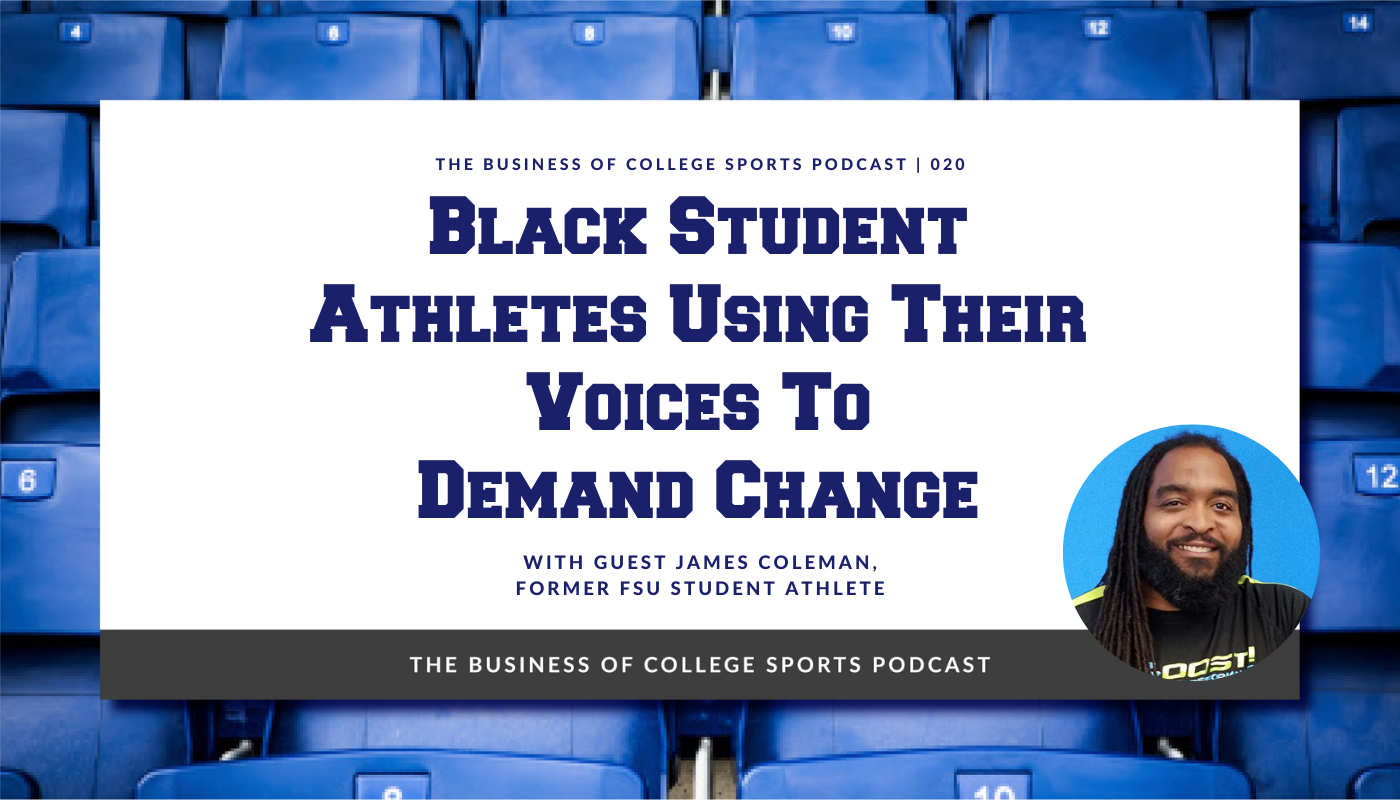 This week I’m joined by James Coleman, a former student athlete at FSU who is currently the co-host of 1010XL’s “The Sports Den” and a strength and conditioning coach. James joined me to discuss how black student athletes have begun using their voices to demand change – from calling out racist behavior by coaches to demanding fight songs, chants and building names be changed.

James played fullback at Florida State University where he was a three-year starter and a member of threeAtlantic Coast Conference Championships between the years of 2002–2005. James was the go-to short yardage back and scored 10 career touchdowns while playing in 46 career games at FSU. He used his skills to realize his dream of playing in the NFL while playing with the New Orleans Saints for one season.

James received his Bachelor of Arts degree in Social Science in only three years. James used sports performance training during his high school and college years before coming into the field after his playing career was finished.

Race and Intercollegiate Athletics
Why is College Tennis Taking a Hit?