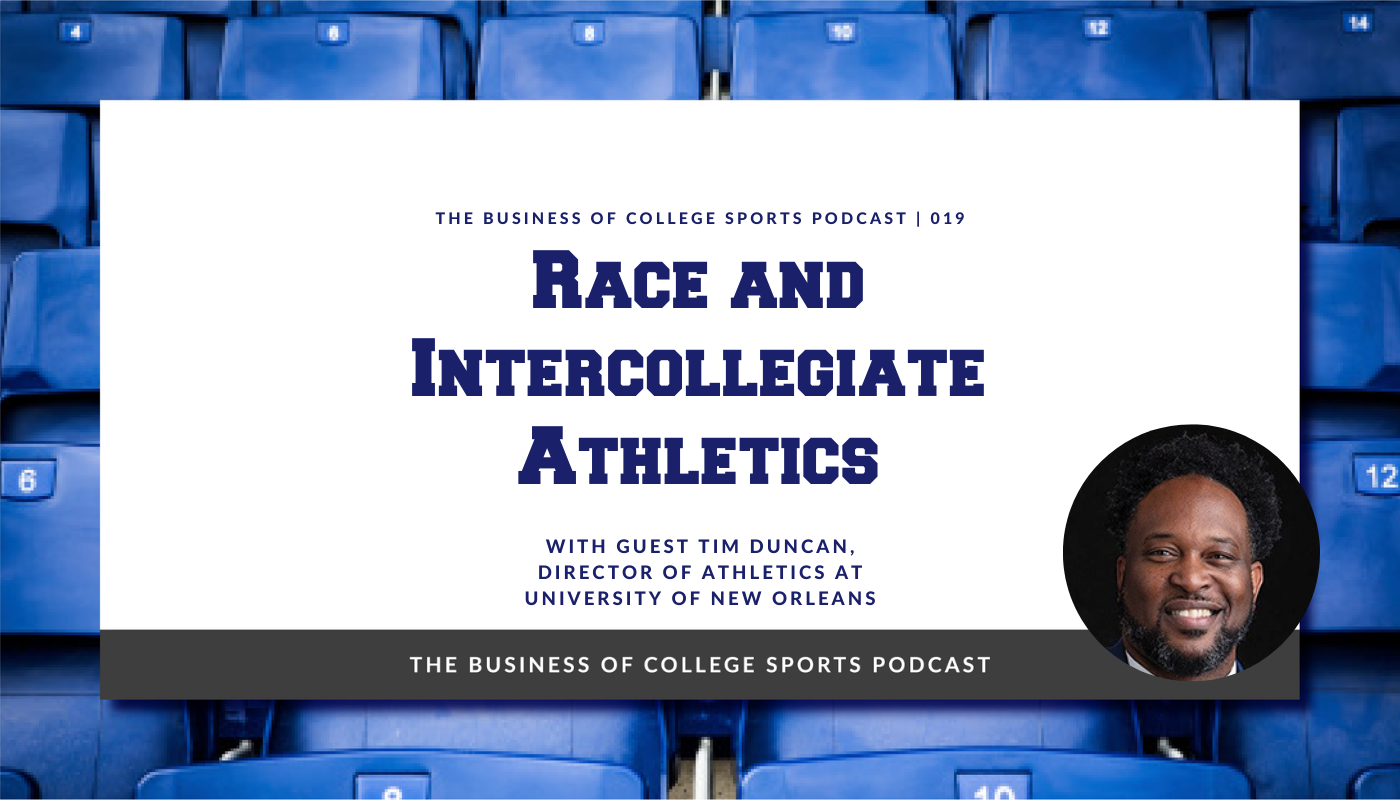 I’m joined in this episode by my friend Tim Duncan, Director of Athletics at University of New Orleans. We talked about a recent encounter he had with police where he was racially profiled and how he’s shared that experience with his kids, his student athletes, his friends and his social media followers in order to better educate everyone.

Tim also had advice for administrators on handling conversations about race, even if you’re a white administrator. From there, we talked about what fans and the communities around universities can do to promote racial equality and improve going forward. And we ended with advice for BIPOC administrators as they seek to develop professionally and move into their next career position.