When a Conference Gets a Makeover: The America East Example 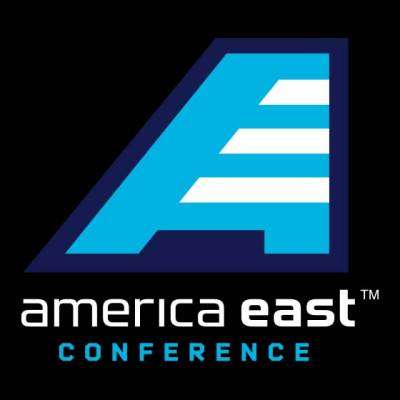 Conference branding in the NCAA is crucial in creating an image and vision for a given conference. The latest conference to come out with a total transformation is the America East, a Division One non-FBS conference, which recently welcomed its 9th member, UMass-Lowell. As a student attending one of the America East member institutions, this post will address my take on the conference’s branding efforts and what other conferences can learn from them.

Why Branding is Essential for the America East

The America East is an interesting example to analyze given its member institutions. I am a senior at Binghamton University and have seen firsthand how this name sometimes fails to carry its own weight. While interning this summer in New York City, some had no idea what my university was, even though it was located three hours north of the City and has a strong academic reputation in the State of New York. Yet, when other interns would say that they attended universities like Michigan and Duke, there would be no questions as to what those institutions were because these schools have national reputations that eclipse their respective conferences. The reputations of America East schools are heavily regionally-based; once you leave the Northeast, the schools’ recognition levels drop-off dramatically.

This recognition issue is magnified by the fact that the America East is currently not an athletic powerhouse. For example, the last time that any member institution made it past the first round of the NCAA Men’s Basketball Tournament was in 2005.

As a result, if the America East wants to be known nationally, its new image must elevate it to a level where despite its inherent weaknesses it can be nationally recognizable.

How the America East Re-Branded

In my opinion, the rebranding of the America East was done with great understanding of the task at hand. Its new tagline, “Building the Complete Student Athlete,” shows its attention to the conference’s strengths beyond the playing field. After interning in Binghamton University’s Athletic Department, and seeing an America East member institution run first-hand, I can tell that the conference wants its student athletes to find success not only with their teams but also in their academic, social, and professional lives. This tagline is essentially immortalized in the new symbol which has an A featuring three stripes to create an E. These three stripes, in turn, represent the conference’s three pillars: Academic Achievement, Leadership On and Off the Field, and Athletic Excellence. Additionally, since the logo can be color customized to each member institution’s school colors, the America East philosophy and image is able to infiltrate all the way through to each school’s local community, ensuring that all stakeholders feel a connection to the new brand.

What is interesting to note is that Zach Kelley, director of Brand Strategy at SME Branding, stated that the conference “desire[d] to relate to a more youthful and adventurous millennial demographic.” This desire can be directly related to the aforementioned discussion of student enrollments. With these schools admitting far fewer students than schools at some of the powerhouse conferences, potential student athletes may not find the America East member institutions as appealing. For example, a smaller school inherently has a smaller alumni network, which can be crucial when looking for a job once a student athlete’s college career is over. Yet, if the rebranding strategy works, potential student athletes may see the America East conference as great place to grow and play, and realize the conference’s potential to be nimble in a time of changing college athletic landscapes.

In terms of trying to carve a niche in an environment already saturated with well-known conferences, the America East understood the necessity to redefine itself. This transformational time, in terms of leadership and membership, will hopefully positively impact its legacy in the long-run. I am interested to see how the conference’s brand imaging and commitment to progressiveness will impact the recruitment of future student athletes. Only time will tell.