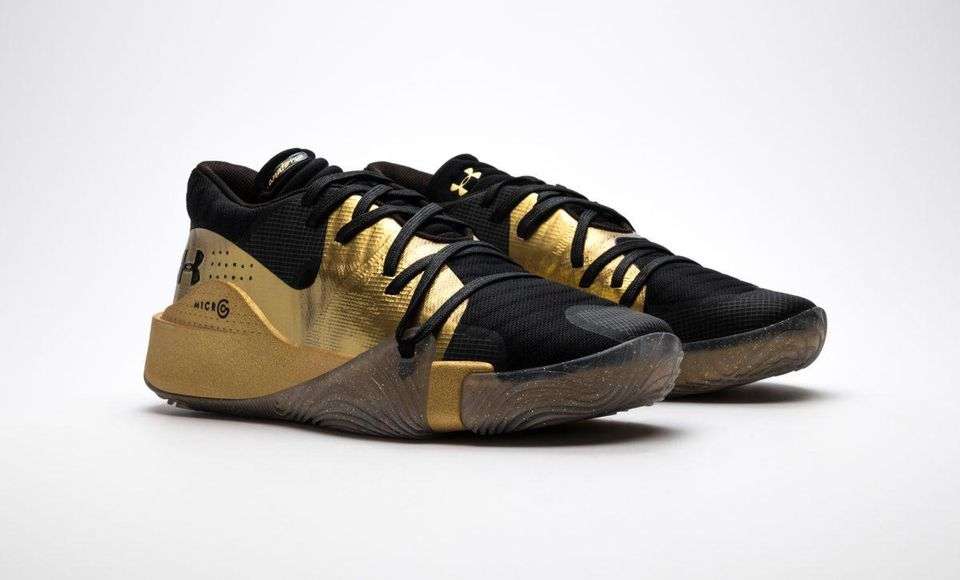 To celebrate having a record 29 teams—12 women’s and 17 men’s—selected for the postseason basketball tournaments, Under Armour is unveiling special shoes and shooting shirts for March Madness.

Student athletes on these 29 teams will receive Unleash Chaos editions of the Under Armour Curry 3Zero II Mid and UA Anatomix Spawn in white/gold and black/gold colorways. Under Armour says the colors are “a nod to the all day, all night pursuit of championship gold and legendary status.”

Each school will also receive Unleash Chaos shooting shirts “to drive home the message that this is their opportunity to seize the moment and write history.”

Under Armour’s partner schools that made it into the men’s tournament include:

Under Armour’s women’s teams that made it into the tournament include:

Although Nike dominates the field in the men’s tournament this year with 40 partner schools, Nike’s share has dipped by compared to last year.

For the second year in a row, Under Armour has more schools in the men’s tournament than Adidas. Kevin Plank, CEO of Under Armour, expressed his excitement on his Instagram channel.

Resilience defines the UA Brand and our collegiate partners – 17 in the dance, 25% of the Bracket. 11 Conference Champs. Think you hear us coming. #sqUAd #WeWill @uabasketball