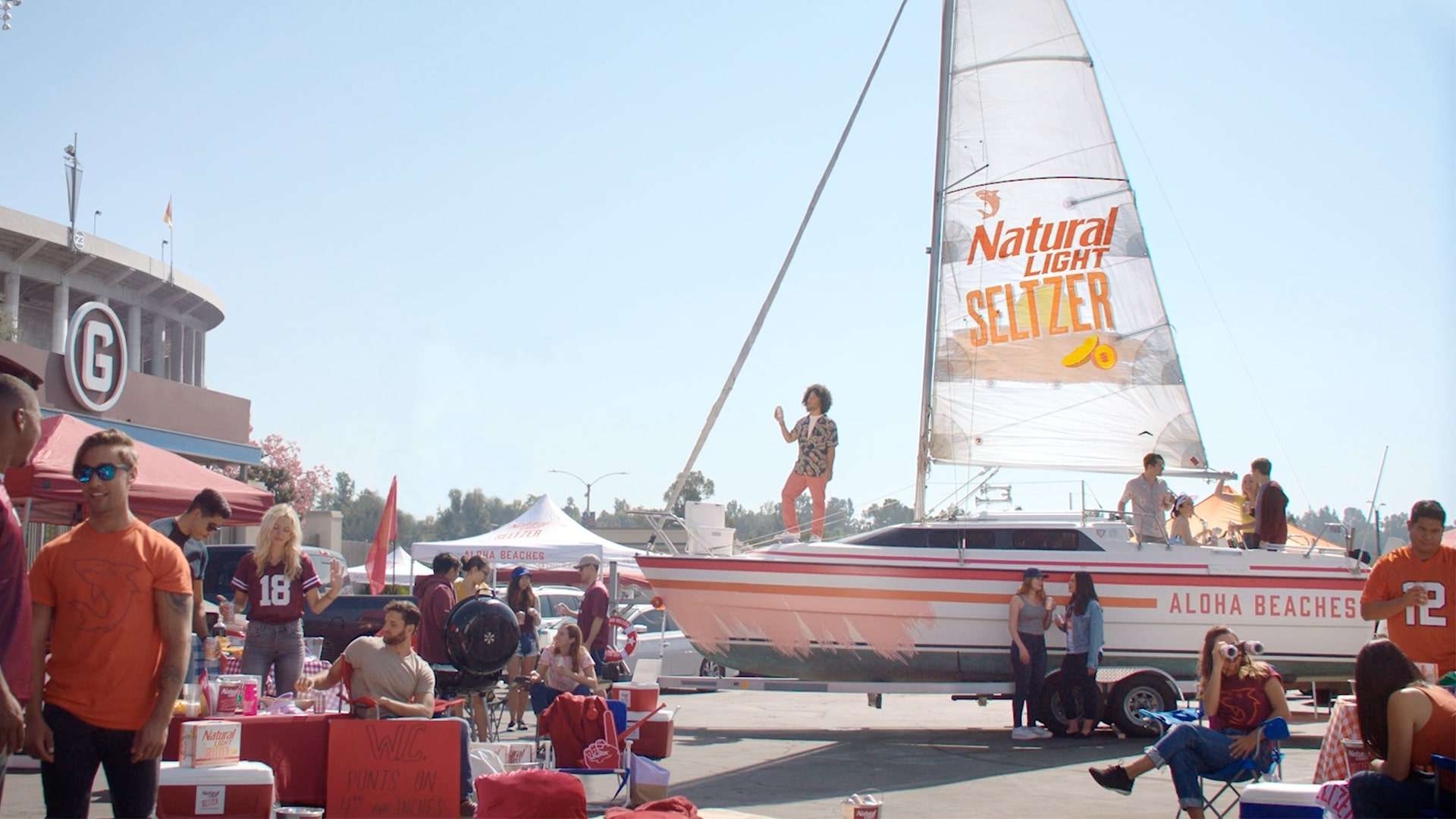 Natural Light Seltzer recently announced a partnership with the Big 12 Conference to become the Official Hard Seltzer of the conference, a first of its kind partnership in college sports. Today, the brand will roll out its first two 15-second ad spots, which will air across CBS, FOX and FOX Sports 1.

“For the Natty Light community, college football season is one of the most anticipated times of the year, so it made sense for Natural Light Seltzer to be involved and further connect with our fans,” said Daniel Blake, Senior Director of US Value Brands at Anheuser-Busch. “Natural Light is all about injecting fun into every situation. These spots embody that mindset and celebrate those social moments around college football.”

Natural Light’s move into the hard seltzer market is relatively recent, launching late this past summer with two flavors: Catalina Lime Mixer and Aloha Beaches. It entered an exploding marketing, which saw $1.1 billion in sales for the 52 weeks preceding September 7, 2019, according to Nielsen data. That was up 190.4% year-over-year. Currently, hard seltzer holds a 2.8% share of the total beer, flavored malt beverage and cider market.

Natural Light’s partnership with the Big 12 fits with its plan to target a young adult audience with an active lifestyle with its fun flavor options and attractive price point.

The ads will run throughout the remainder of the season, including during the Alabama-Auburn, Army-Navy, and the SEC Championship Game, among other key matchups.

The Anheuser-Busch relationship was secured by Big 12 Sports Properties, the Learfield IMG College team dedicated to the Conference as its sponsorship rights holder. The agency of record for the ad campaign is VaynerMedia.