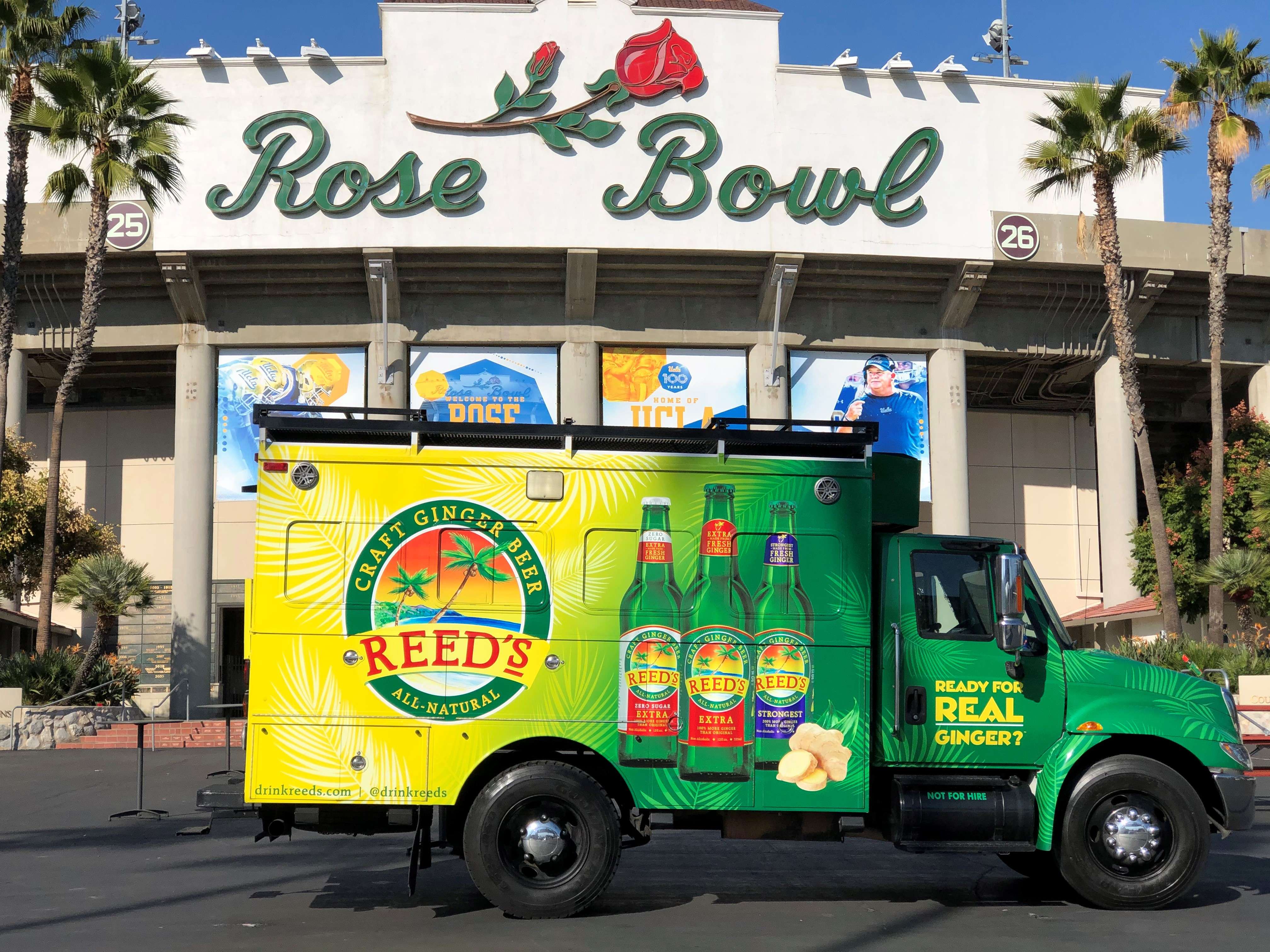 Reed’s Ginger Beer announced today it is now the “Official Ginger Beer” of the Rose Bowl Stadium. Reed’s varieties will be available inside and outside the stadium throughout the college football season, including at the iconic Rose Bowl. In addition to offering its suite of beverages at all stadium events, it will also be available on-campus at UCLA.

“The Rose Bowl Stadium and Reed’s are well-known and revered American brand names. Born in Los Angeles, they have been woven into the fabric of America, representing authenticity and healthy fun while reflecting the tradition and values that have made them cultural American icons,” said Lindsay Martin, vice president of marketing for Reed’s.

Reed’s will also be served at Brookside Golf Club at The Rose Bowl Stadium, available both in the clubhouse bar and at the golf course beverage carts.

“We are excited to welcome Reed’s Ginger Beer to our family of partners at America’s Stadium. Varied and quality craft food and beverage offerings are a priority for fans that attend world-class football games, soccer matches, and concerts at our iconic venue. Having a partner like Reed’s that aligns with that initiative is exciting,” says Jens Weiden, chief revenue officer at the Rose Bowl Stadium.

According to Nielsen data, ginger beer has been growing in popularity in recent years. For the 52-week period ending October 26, 2019, sales of ginger beer grew to $99.8 million, an 8.9% increase. That was after a 15.8% increase the year prior.

Fans visiting Rose Bowl Stadium will be able to sample Reed’s and win swag from the brand’s signature Green Machine truck in the Public Fan Fest and at the Ralph’s Tailgates.

This piece originally appeared on Forbes on December 4, 2019.