The Bulldogs are now +175 favorites at most bookmakers to take out their second straight National Championship in early 2023. 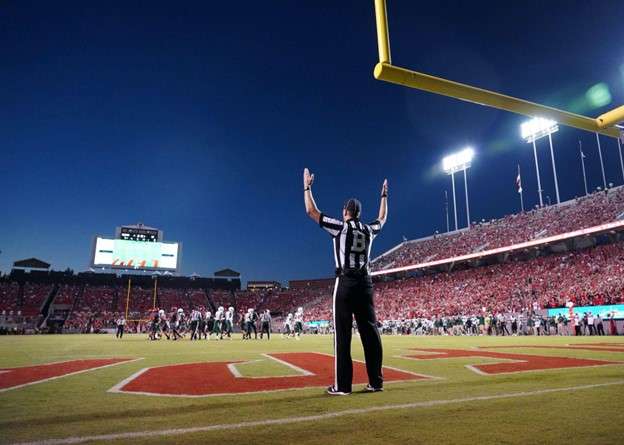 Three weeks into National Collegiate Athletic Association Football and the Georgia Bulldogs have impressed. With three wins from three, all achieved in comprehensive fashion, the Bulldogs are now +175 favorites at most bookmakers to take out their second straight National Championship in early 2023. We look at what Georgia has done over the last month to make them such heavy college football favorites this year.

Facing off against 15th seed Oregon Ducks in their opening match of the season, the Georgia Bulldogs wasted no time signaling their intent to win another championship in 2022-23.

Led by star quarterback Stetson Bennett, Georgia hit the ground running in their offense. With 368 yards and two touchdowns thrown, Bennett made it clear that he’s serious about leading his side to victory this season. One touchdown came just before the end of the first half, and the other was a rush through in the second, proving the quarterback’s versatility in attack as his team finished the match 49-3 over the Ducks.

The next round put Georgia’s win in perspective. Oregon went out and put 70 points on the Eastern Washington Eagles, showing that the first-round score was more about Georgia’s prowess than it was Oregon’s deficiencies.

Georgia Backs Up Against Samford With Shutout

September 10th saw Georgia hit the field for their second match of the season, where they impressively backed up their opening win over Oregon.

Squaring off against the league’s other Bulldogs, who had opened their season with a healthy 27-17 win over the Kennesaw State Owls, Georgia were the side with more bite. The team’s star defense was on show in this match, and even with their best lineman Jalen Carter injured, Georgia managed to execute another shutout to hold Samford scoreless.

Winning the game 33-0, Georgia solidified their No.1 ranking in the league and showed why fans are rushing to bet on the favorites. If you would like to place a bet on them too, you can find the best betting sites in NJ here and place a bet on the Bulldogs to win the NCAAF in January 2023.

No.1 Seeds Make It Three From Three Against South Carolina

If fans were impressed by the Bulldog’s opening two performances, then their week three drubbing of South Carolina was the icing on the cake.

With a score line of 48-7 over the Gamecocks, Georgia signaled to the NCAAF that they have no plans to slow down after their victorious season in 2021-22. The win placed Georgia ahead as solid +175 favorites in the college football league, making them a strong chance of winning the NCAA South Eastern Conference and going on to win a repeat college football title this season.

South Carolina narrowly avoided a shutout in this match-up, scoring a touchdown with 53 seconds left on the clock to break their bagel and get on the scoreboard. Had Georgia held them to zero, it would have been the fifth time they had done so in their last 14 matches across the NCAAF.

How the Legalization of Sports Betting Affects College Sports