The Big Ten’s expansion will make its member schools richer, while damaging the Pac-12’s financial prospects. 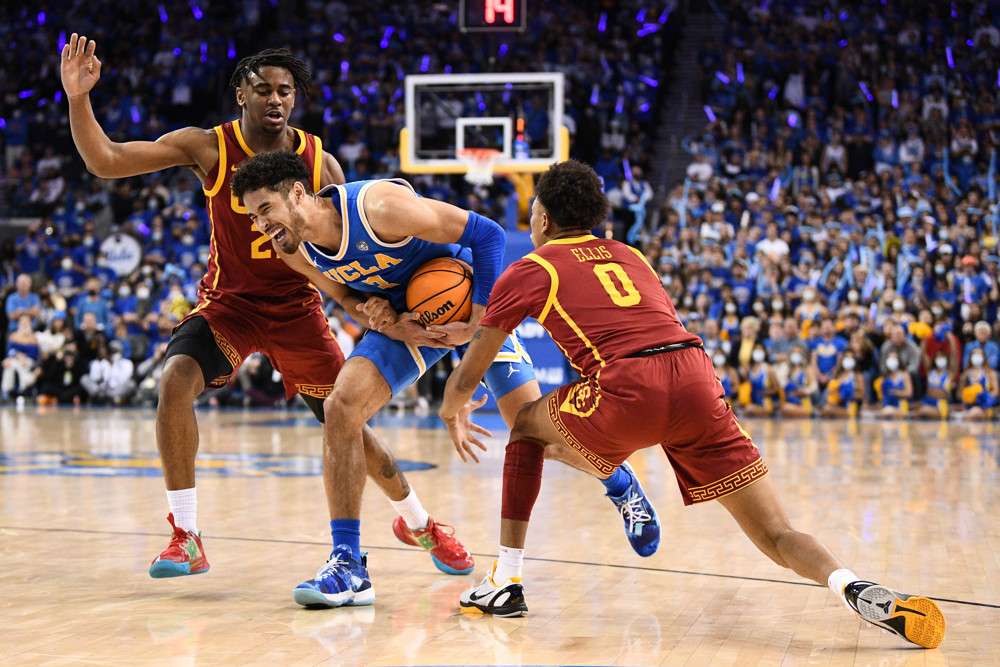 The Big Ten is headed west.

On June 30th, UCLA and USC announced that they will be leaving the Pac-12 Conference to become the 15th and 16th members of the Big Ten Conference. The Bruins and Trojans will also become the first West Coast schools in the Big Ten, which has the majority of its member schools concentrated around the Great Lakes.

From complicated travel logistics to Big Ten regular season games in Pasadena, the move carries tremendous implications across all sectors of college sports. How could we see the college sports landscape change from a business perspective? Here’s what you should know about the financial side of USC and UCLA’s moves.

Q: When will USC and UCLA join the Big Ten?

A: USC and UCLA will join the Big Ten effective August 2, 2024, before the start of the 2024-25 season. The delayed transition allows the schools to fulfill their obligations with the Pac-12’s current media rights deal, while giving the Big Ten more leverage and value in its negotiations for its own upcoming media rights deal.

Q: Why is this realignment such a paradigm shift?

A: For one, the Big Ten is taking the Pac-12’s two Los Angeles schools, giving the conference that already has a presence in New York, Chicago and Washington, D.C. two storied programs in California’s biggest market. The Big Ten’s expansion responds to the SEC’s recent addition of former Big 12 powers Texas and Oklahoma and establishes the Big Ten and SEC as the two preeminent conferences in NCAA athletics. The Big Ten already had the highest revenue of any Power Five conference before this expansion, and the Big Ten and SEC should continue to stratify from the rest of the FBS in the next decade.

Q: How does the Big Ten’s upcoming media rights deal factor into the decisions?

A: This summer was already going to be a pivotal couple of months for the Big Ten’s future, with the conference expecting to announce a new media rights deal this summer that could start in 2023. According to commissioner Kevin Warren, the conference has been listening to offers from both big names like ESPN, CBS and Fox and streaming options like Amazon and Apple. The opportunity to add two nationally relevant athletic programs in a major market gave the Big Ten plenty of incentive to make the unprecedented and shocking move, and the presence of USC and UCLA should certainly factor into negotiations. UCLA and USC stand to benefit from the final deal and receive what figures to be record revenue distribution for the conference.

Q: How does the Big Ten compare to the Pac-12 from a revenue standpoint?

A: Though both are Power Five conferences, the past decades have established a clear hierarchy with the Big Ten and SEC at the top and the other three conferences in the next tier. According to average payout estimates from data analysis firm Navigate, the Big Ten had projected payouts of $57.2 million, first among conferences, while the Pac-12 had a figure of $34.4 million, ranking fourth. That gap will widen in upcoming years—fifth-place ACC still has its powers Clemson and Florida State in place for the foreseeable future, while the Pac-12 and Big 12 have lost their biggest moneymakers.

A: The Pac-12 is trying to stop the bleeding, looking for expansion options while aiming to keep its premier remaining programs, Washington and Oregon, out of the reach of the Big Ten. The Big 12 adjusted to the losses of Texas and Oklahoma by offering membership to four of the best Group of Five programs in UCF, Houston, Cincinnati and BYU. Those schools aren’t the national names that Texas and Oklahoma have been, but the four-team expansion extended the Big 12’s reach east to Florida and north to Ohio. Those options are now off the table, but the Pac-12 is under pressure to make similar adjustments to keep up with the Power Five. Other schools to keep an eye on include the ACC schools and independent Notre Dame, all of whom could be tantalizing prizes for the next round of SEC and Big Ten conference expansion.