Why College Athletes Will Never Be Paid 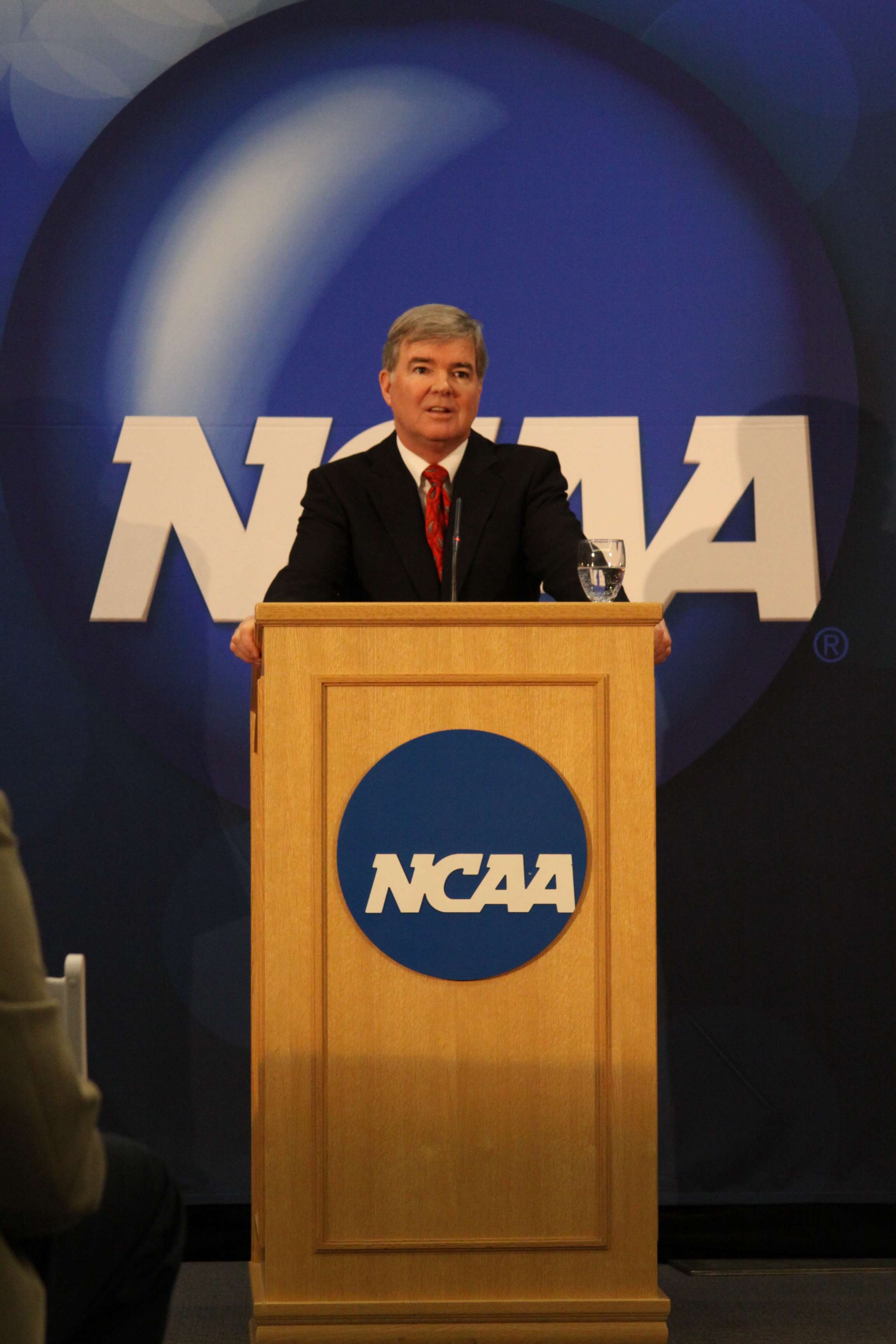 Today is the first in a series with Ruling Sports on the NCAA presidential retreat currently taking place. There are three major issues on the agenda: finances, academics and integrity. Today I’m posting on the financial discussion. Tomorrow, Alicia Jessop of Ruling Sports will write about academic issues, and Friday both Alicia and will post about integrity issues.

Yesterday, NCAA President Mark Emmert met with over 50 university presidents in the first day of a two-day retreat. The topic of the day was finance and it seemed there was a genuine desire to work toward revising NCAA regulations to allow for scholarships that cover full cost of attendance. To coincide with the discussion, I showed you how much it would cost athletic departments to increase scholarships to cover cost of attendance.

“There was an absolute, complete consensus that we would never move to pay-for-play. No one, including me, believes that paying student-athletes is even remotely appropriate in the collegiate model. We talked directly about that and there’s not a single president that I’ve ever met that thinks that’s an appropriate thing to do and certainly not this group here.”

Why the firm rejection to the idea of paying players? Perhaps because it would change the entire landscape of college athletics. I’ve been working through a chapter in my upcoming book, Saturday Millionaires: why college athletes will never be paid and other uncomfortable truths about college football, and I want to share with you something I’ve explored that I think effectively ends the discussion on pay-for-play (if Title IX wasn’t enough).

No one can say for sure, but somewhere not far beyond cost of attendance is employment status, either as an employee or as an independent contractor. The definition of “employee” varies according to various federal acts and also state legislation. It’s unlikely a court, Congress or the National Labor Relations Board would find a student athlete is an employee based on a scholarship that covers cost of attendance, as many academic scholarships and other financial aid cover up to cost of attendance. However, any amount paid over that amount could surely be used to make a strong case that a college athlete is an employee.

If a court, Congress or the National Labor Relations Board ruled college athletes were employees, a host of new issues arise, as do costs. In addition to the compensation provided to athletes, as an employer the athletic department would have to pay the following for each athlete: Social Security at a rate of 6.2% on the first $106,800 of compensation (in 2011), 1.45% for Medicare, with no cap, federal and state unemployment tax and worker’s compensation insurance, which varies in expense by state by averages 2-3 percent.

The real cost, however, is in the athletic department losing its tax exemption under Internal Revenue Code Section 501(c)(3). Currently, athletic departments (which are generally a separate legal entity from the university), athletic foundations/booster clubs and bowl games enjoy tax exempt status because they “promote amateur athletics,” an exempt purpose under the Code. If college athletes were compensated and found to be employees, revocation of this tax-exempt status would surely follow.

This would also be the case if college athletes, instead of being compensated by the athletic department, were allowed to profit from endorsements. It would only take a finding by the Internal Revenue Service that these athletes were no longer amateurs (ad I’m sure they’d hate to add another revenue source). And if college athletes are no longer amateurs it’s not just athletic departments who lose their 501(c)(3) status, it’s bowl games as well.

Not only would donors no longer be receiving a tax deduction for their donation, an important reason for donations, but they could be paying for the pleasure of donating to the university, because their donation could now be considered a gift. The Internal Revenue Code prescribes a gift tax on any transfer of property (including money) for which something of equal value is not received in return. Ticket-related contributions would likely be immune to the gift tax, at least partially up to the fair market value of the ticket, but any portion that is currently tax-deductible would no longer be.

Other donations for which nothing is received in return would be subject to the gift tax, payable by the donor. The Internal Revenue Code allows for gifts of up to $13,000 to be tax-free (according to 2010 rates), so the largest decline would probably be in gifts above that amount for endowments and capital campaigns. Gator Boosters, Inc. tells me approximately $2.5-2.7 million of last year’s contributions were from gifts totalling over $13,000 for endowments or capital campaigns.

For an idea of the impact reduction in contributions would make, first consider that contributions are generally a larger source of revenue than conference distributions and NCAA March Madness combined.

Another area where expenses would be affected by a loss of tax exempt status would be capital costs. Currently, most athletic departments use tax-exempt bonds to finance renovation and construction costs. The interest on tax-exempt bonds is exempt from federal tax, and sometimes from state and local tax. In addition, the interest rates are generally lower than commercial lending rates.

If the university were a tax-exempt entity, it could issue the bonds, or be the beneficiary of an issue, and build athletic facilities. However, that could impact a university’s ability to build academic facilities. There is a limit to the amount of bonds that can be issued, based on revenue stream, before the university’s rating is impacted.

Combining the added cost of obtaining commercial loans for facilities and no longer being able to solicit tax-exempt donations could cost an athletic department tens of millions of dollars each year, on top of the cost of compensation for the new employee athletes.

The school isn’t the only one with new expenses. With compensation come expenses for athletes. Not only will they be taxed on the new income, they’ll also now be taxed on the value of their scholarship. It is unlikely the scholarship would fall under the exception for work-related education, which requires what it implies, that the education be related to the work. Hard to argue you need classroom education on sociology in order to play college football.

In my book, I detail examples of costs to universities and students. In some scenarios the student-athlete would owe 50-150% of his new compensation in taxes (before any deductions or credit), because he’s also be taxed on the value of his scholarship.

And don’t forget, if college athletes are employees, there’s the possibility of collective bargaining, lockouts and strikes, as I detailed last month.

Is it a certainty that it would all play out like this if student-athletes were paid above and beyond cost of attendance? No, but it’s a possibility – one that’s far too risky for college athletics.

As I’ve said many times before, it’s not as simple as deciding tomorrow that student-athletes should be paid.

What Would Cost of Attendance Scholarships Cost?
Making the Grade: NCAA Revenue Distribution and Academic Excellence