Three Things the O’Bannon Ruling Does Not Mean 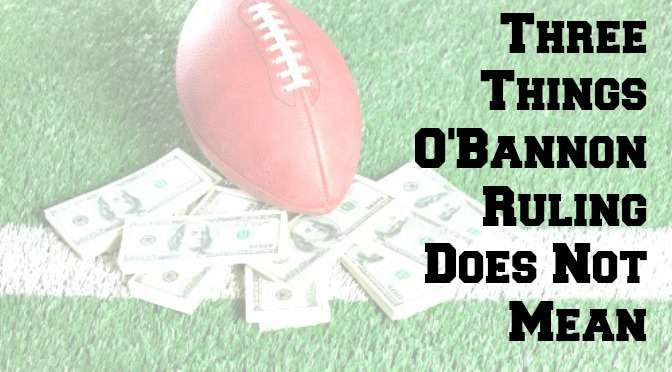 If you’re not inclined to read my full report on the ruling in the O’Bannon case that came down on Friday, you can probably get away with simply knowing what it does not mean.