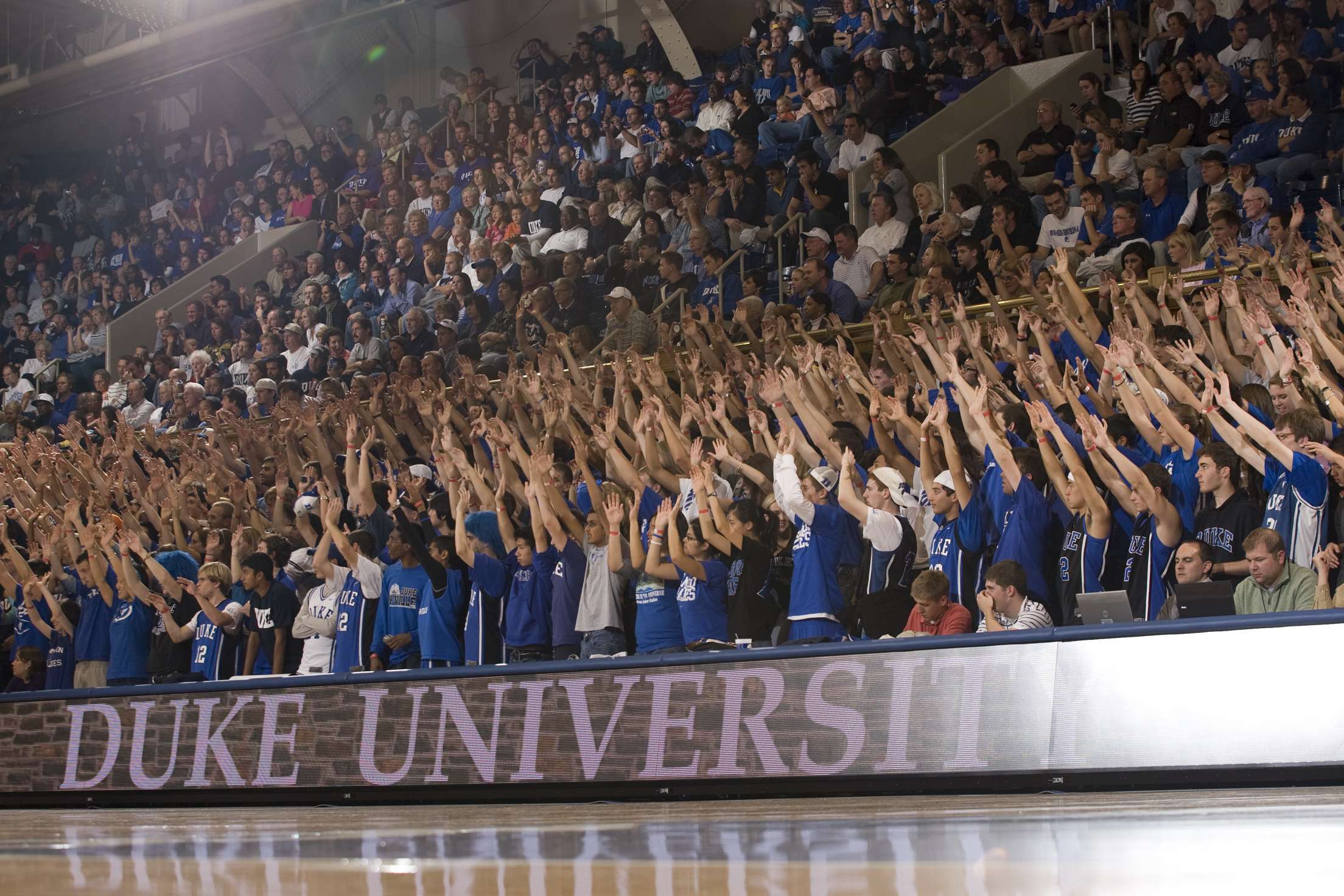 Friday marks the start of college basketball season, as it is the day teams are allowed to begin practicing in preparation for the upcoming 2011-2012 NCAA basketball season.  BusinessofCollegeSports.com reached out to some of the Division I Men’s Basketball pre-season favorites to learn what their plans are for Midnight Madness.  The following is one of the most comprehensive guides available online detailing the exciting events hosted by perennial NCAA basketball powerhouses and includes insider details!

Details:  Admission is free.  Events include “FanFest,” which will entail inflatable games, food and music.  An autograph session will follow with the UConn men’s and women’s basketball teams.  The band, cheer and dance squads will perform.  Players and coaches will be introduced and dunk and three-point contests will be held.  Simon Sez will perform at 8:00 p.m.

What:  “Countdown to Craziness”

Details:  A carnival events begin at 5:30 p.m., while arena doors open at 7:30 p.m.  Tickets are sold for the event.  Along with a carnival-type atmosphere, the event includes student performances, a Blue-White scrimmage and dunk contest.  ESPNU will air portions of the event.

BusinessofCollegeSports.com Confidential:  This is the third year “Countdown to Craziness” has been held and the university expects that tickets will be sold out for the event.

What:  “Late Night with Roy”

Details:  The event’s festivities begin at 5:00 p.m. when the UNC volleyball team takes on Virginia.  Following the volleyball game, fans will get their first glimpse at the 2012 UNC basketball team and the event will be streamed on ESPN3.

Details:  Doors open at 7:00 p.m.  and admission is free, but a general admission ticket must be obtained.  Attendees will enjoy performances by rapper Meek Mill and acrobatic group Russian Bar Trio and will be introduced to the men’s and women’s basketball teams.

BusinessofCollegeSports.com Confidential:  Rapper Tone Loc was set to perform at Syracuse’s Midnight Madness event, but was scrapped for Meek Mill in recent days.

Details:  Doors open at 5:30 p.m. and admission is free.  Along with scrimmages by the Jayhawks men’s and women’s teams, the event includes music by the KU pep band, video highlights, coach and player introductions and skits by both teams.  A food drive for Just Food of Douglas County will also be held.

Details:  Tickets for lower level seating at the KFC Yum! Center are $10.00, while upper arena seating is $5.00.  The scrimmage will be televised locally, as well as on ESPN3.

Businessof CollegeSports.com Confidential:  Senior Associate Athletics Director for Media Relations tells BusinessofCollegeSports.com, “We expect to have about 10,000 for our scrimmage on Friday.  We already have over 8,000 tickets out, and our students are allowed in free by showing their student IDs at the door.  We did not have an event on the first night of practice last year; we had one intrasquad scrimmage a week into practice that was the first opportunity for our fans to see the KFC Yum! Center in a basketball setting (Oct. 24, 2010).  We had 21,218 for that event.”

What:  “Meet the Bearcats” event

Details:  The event is free and open to the public.  The event includes a scrimmage and autograph session, as well as a three-point competition where Cincinnati students can face off against members of the men’s basketball team.

BusinessofCollegeSports.com Confidential:  While this is the first time Cincinnati has held an event in this format, Andre Foushee of the athletics department believes it will be highly attended, given the Bearcats’ performance in the most recent NCAA Division I men’s basketball tournament.

Details:  While Pitt isn’t hosting a Midnight Madness event, they will host a Fan Fest and heart health fair in honor of coach Jamie Dixon’s late sister, Maggie.  Doors open to the health fair at 2:30 p.m. and all of the events are free.  The event includes a scrimmage which will tipoff at 5:00 p.m., and a dunk contest.

BusinessofCollegeSports.com Confidential:  Pittsburgh head coach Jamie Dixon is a successful coach in his own right.  Likewise, his sister, Maggie, was a vibrant young coach of the Army Black Knights women’s basketball team.  At age 28, and weeks after guiding Army to its first-ever NCAA Tournament appearance, Maggie passed away suddenly due to an arrhythmia.

Kentucky Missing Out On Big Revenue
The Butler Way: Winning With Integrity