How to Spend the Perfect College Football Saturday in Columbus, Ohio

Here’s how to put together the perfect game day and weekend experience in Columbus. 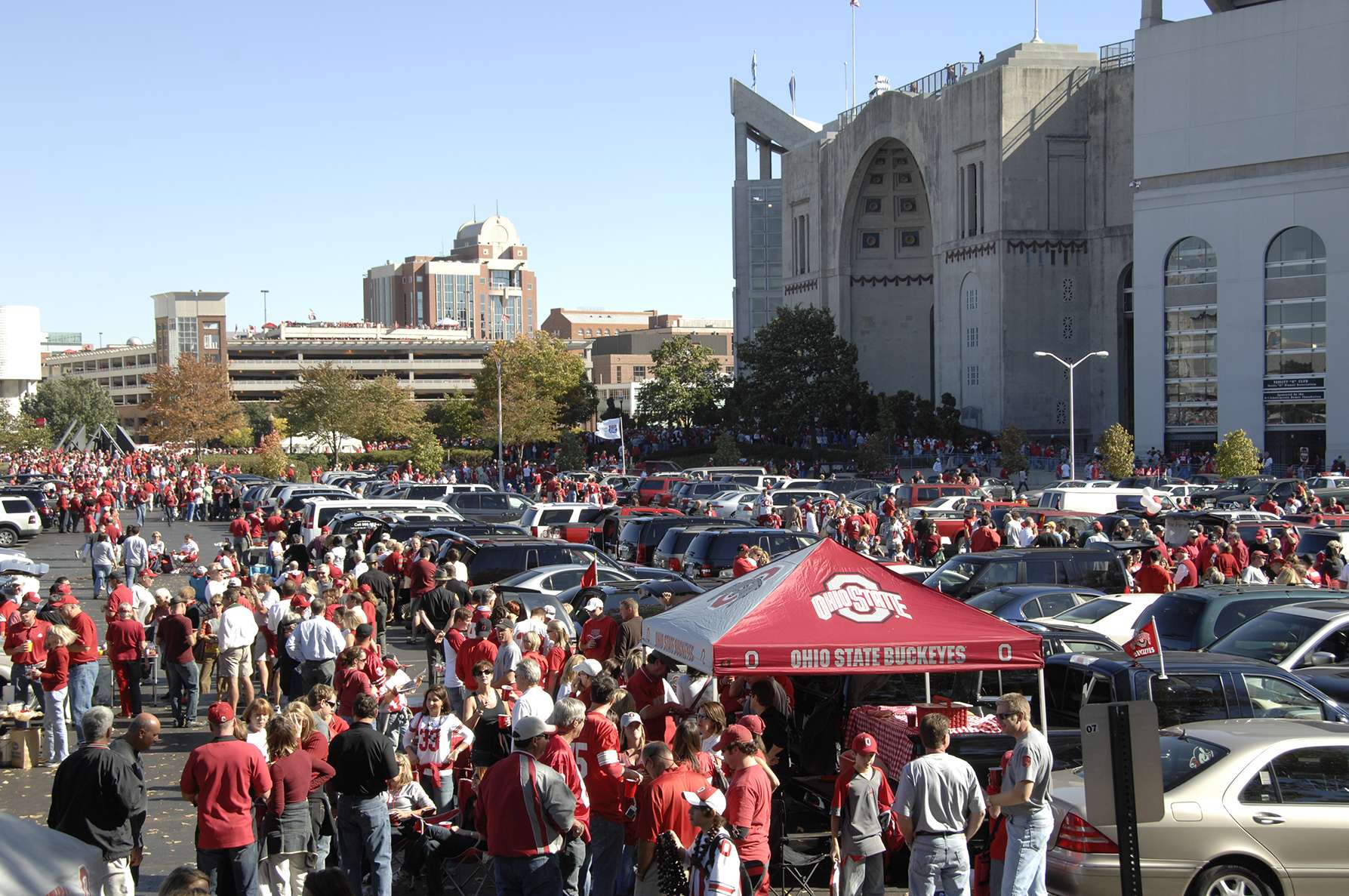 Planning a trip to Columbus for a game this fall? The folks over at Experience Columbus sent over some recommendations for how to put together the perfect game day.

Obviously, you can’t walk anywhere near “The Shoe” on a game day without being surrounded by fans tailgating. If you’re visiting from out of town though, you might not have the gear to set up your own tailgate. Head on over to Varsity Club, considered by many to be the premiere Buckeye bar. On game days, the bar closes the rear parking lot and fills it with drink tents, TVs, a stage with live music and local vendors.

For fueling up before an afternoon kickoff, most bars on High Street open their doors early and offer “kegs and eggs” breakfast and drink specials.

What was once a marching band rehearsal, Skull Session has become a gameday rite of passage. OSU’s marching band takes over St. John’s Arena two hours and twenty minutes before kickoff and bursts into the arena playing their famous fight song. Then, head coach Ryan Day the players speak briefly to hype up the fans before they head for the locker rooms. The event is free to the public.

Make sure to save that bathroom until after halftime, as you won’t want to miss “The Best Damn Band in the Land” march in their iconic “Script Ohio” formation.

After the game, I’m told Buckeye Donuts can’t be missed. For more than 50 years, its been serving up a wide variety of donuts, breakfast sandwiches and gyros.

More to do in Columbus

Before and after the game, Columbus, the nation’s 14th-largest city, offers a wide variety of restaurants, museums, hotels and attractions.

If you’re coming early and staying late for a game, here are some great events for the whole family happening in Columbus this season.

As the Buckeyes host the Arkansas State Red Wolves on September 10, Columbus hosts its 55th Oktoberfest celebration, featuring 50+ art exhibitors and merchant, and German-inspired food, music and traditional dances. And be sure to check out the classic German architecture in the city’s historic German Village, home to some of the city’s hippest shopping and dining options.

For the little ones, Columbus’ world-famous Center of Science and Industry (COSI) will feature an early childhood education exhibit based on Disney’s “Doc McStuffins.” Beginning October 1, the interactive English and Spanish bilingual experience will transport kids and families from Doc’s backyard clinic to the McStuffins Toy Hospital.

Now through October 30, visitors to the Columbus Museum of Art will have the unique opportunity to witness the Dresden tapestries, made by world-famous Italian Renaissance master, Raphael, which depict vivid and stunning interpretations of scenes from the New Testament.

The Ultimate Sports Weekend in Columbus

True sports fanatics can travel just a few minutes from campus to Columbus’ Arena District, which features three professional sport venues — Nationwide Arena, Huntington Park, and Lower.com Field — all within walking distance of each other. This year, watch the Buckeyes face the Iowa Hawkeyes before making your way to Nationwide Arena to see the Blue Jackets take the ice against the Pittsburgh Penguins.

Where to Stay in Columbus

Still need a hotel? Search below to find availability for your dates.