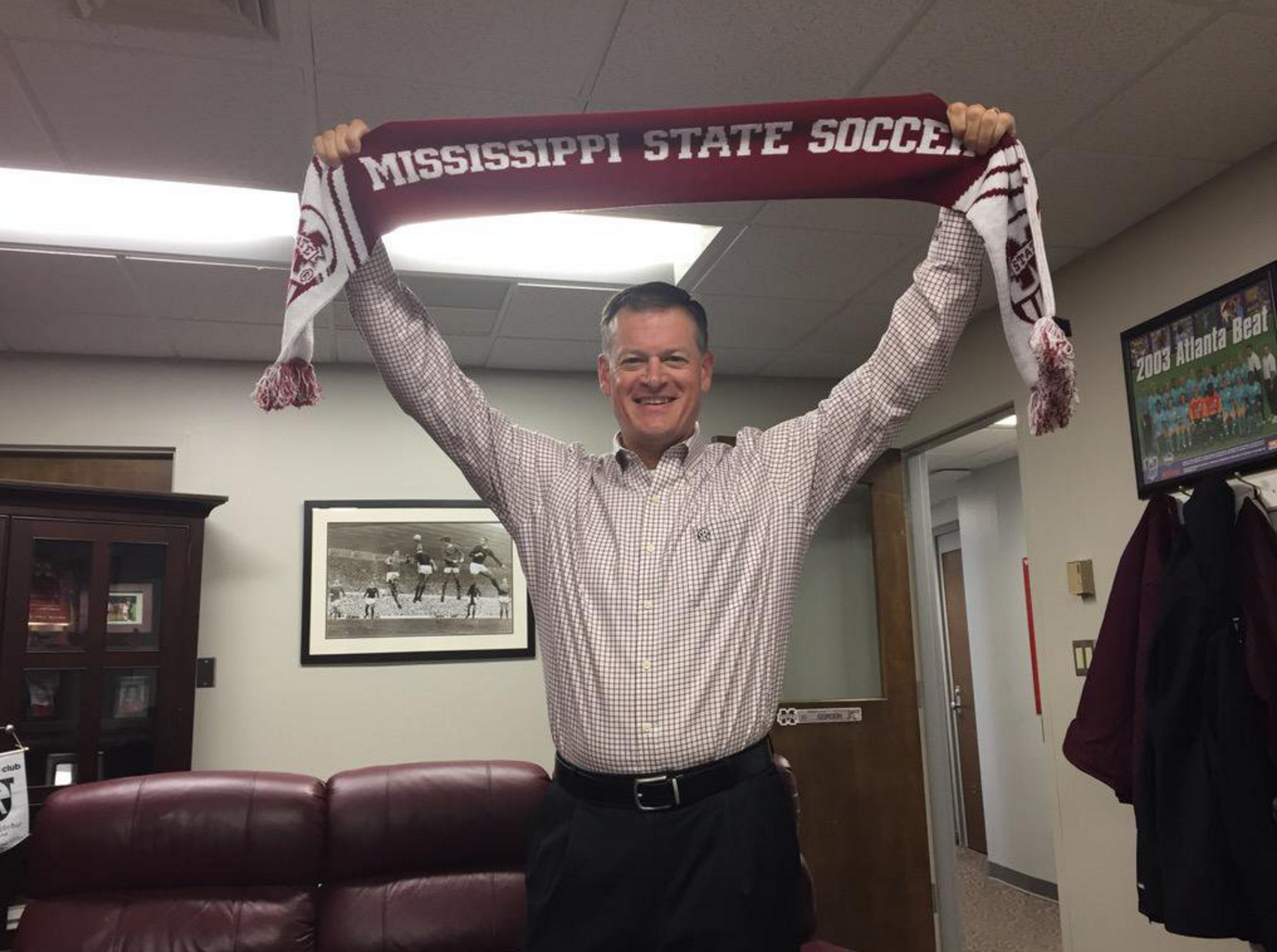 With the impending announcement of Scott Stricklin later today as Florida’s new athletic director, I wanted to share a piece he authorized me to write about his career a few years ago. I think it’s a great lesson for all the students and young professionals out there who want to pursue careers in intercollegiate athletics.

This piece was originally published on KristiDosh.com on January 18, 2013.

Sure, he sent out lots of applications for other positions, but he says he never once got a job that way. Stricklin is a prime example of why relationships are so important to your career.

“I knew at a young age I wanted to do something with sports,” said Stricklin. “I went to college wanting to either coach or go the administrative route.”

Stricklin had been the sports editor of his high school paper and also had an interest in the media side of sports.

“My brother was at Mississippi State and had a friend interning in the Sports Information Department (SID) office. He had press passes to all the sports, and I thought that was neat.”

So, the first day of Stricklin’s freshman year at Mississippi State he walked into the SID’s office and asked to volunteer. He already had a position as a manager of the basketball team (thanks to a friend who set that up), so he figured he’d try out both the coaching and administrative side and see which he liked better.

You might say fate intervened then…although Stricklin laughs when he tells the story and says maybe he just wasn’t a very good basketball manager.

“The first day of basketball practice that fall, I went to Jackson to work a football game against Southern Miss. Coach Richard Williams called me in the following week and encouraged me to stick with media relations because they were in more need of manpower,” Stricklin recalls. “He actually said I was ‘too talented to be a basketball manager,’ but I always thought that was his nice way of saying I needed to be at basketball practice if I was going to be a basketball manager.”

It didn’t take long for Stricklin to know he was right where he belonged.

“I remember going to work as a student worker in 1989 in Knoxville for the basketball tournament. I got to sit courtside and go to all these press conferences. For a kid who grew up around SEC sports it was nirvana. I remember coming back from that and knowing that’s what I wanted to do.”

Stricklin was majoring in marketing and began to wonder if that was the right choice for someone who wanted a future working in college athletics.

“I started asking around about what kind of degree to get and found out it was more about meeting people. So, for the four years I was in undergrad that became my focus.”

Stricklin would stay at Auburn for five years until he got a call from former Auburn assistant football coach Tommy Bowden, who had become the head coach at Tulane. Bowden told Stricklin about an assistant athletic director position, and Stricklin was off to New Orleans.

The next call came in from Baylor a year later. Their baseball coach had been at Mississippi State when Stricklin was a student and had recommended him for the open assistant athletic director of communications and marketing position.

He spent four years at Baylor until a friend working at Oklahoma called to tell him about a job at Kentucky. That’s where Stricklin met Greg Byrne, former Mississippi State athletic director and current University of Arizona athletic director.

“I had been at Kentucky about six months and had gotten to know Greg real well,” Stricklin remembers. “We had a meeting and he asked me to stop by his office. He says, ‘There’s a job in the Pac-10 I think is coming open, and I think I might get it. I want you to come be my development guy.’”

Stricklin says he can’t remember if he was more shocked that 33-year-old Greg Byrne thought he was going to get a Pac-10 AD job or that he thought Stricklin, who had never raised a dime in his life, could be the director of development.

Byrne didn’t get the job, but he was named the AD at Mississippi State a few years later…and he offered Stricklin the position of senior associate athletic director for external affairs.

“Every job I’ve gotten in athletics, except being promoted to AD at Mississippi State because I was already there, somebody called me and asked would I be interested,” said Stricklin. “I applied for some on my own, but I never got any of those jobs.”

“There’s a pretty standard path for becoming a doctor or lawyer, but not this.”

So, what is Stricklin’s advice?

“The more people you meet, the more opportunities open up. Sometimes in ways you can’t imagine.”

There you have it, aspiring intercollegiate athletics professionals. The best thing you can do for your career is as easy as getting out there and meeting people. What are you waiting for?