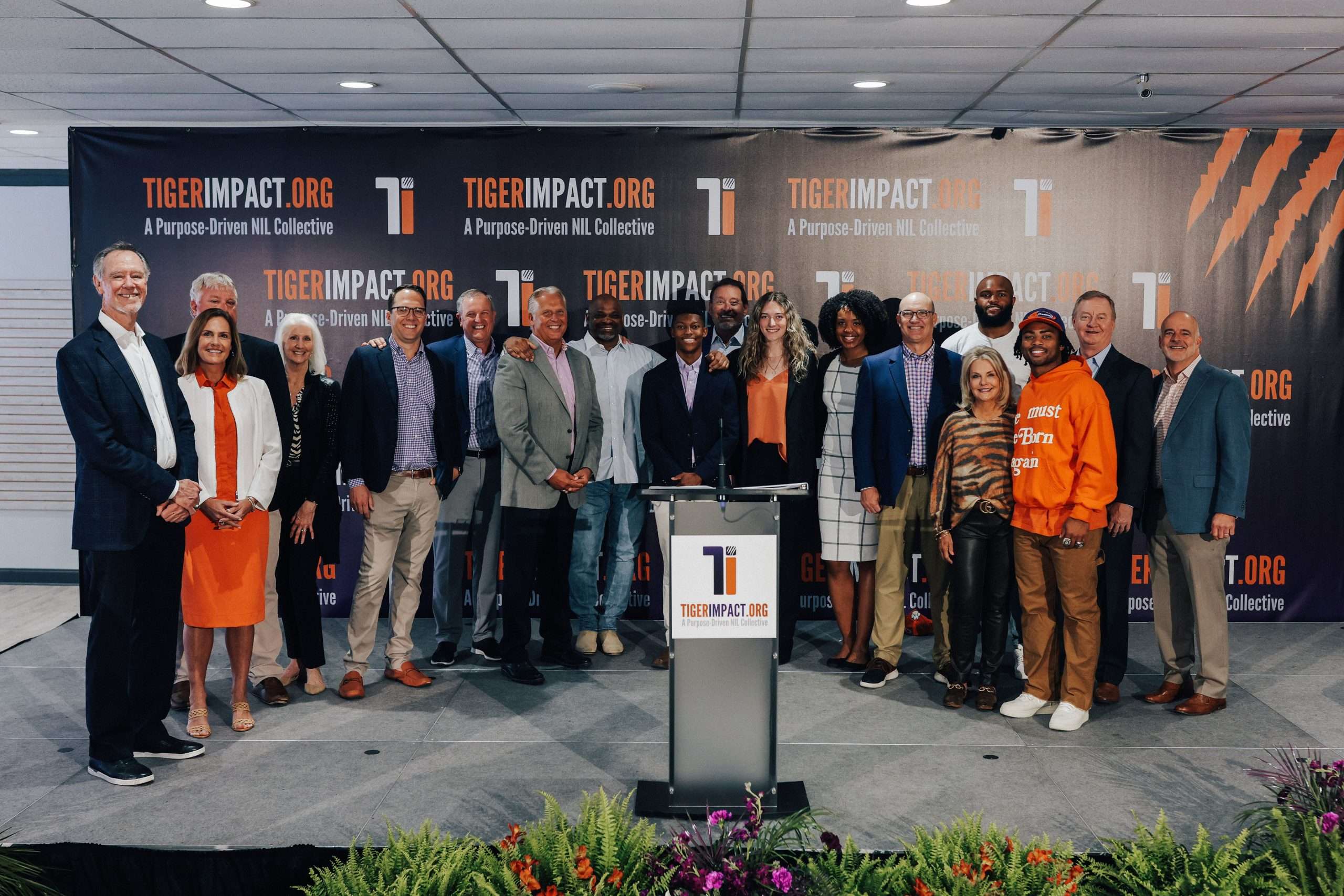 The group says it is launching with commitments totaling more than $5 million and 12 Clemson athletes working on behalf of community charities that align with the athletes’ personal passions.

“TigerImpact is an innovative and effective way to assist student-athletes developing themselves and serving others while navigating the challenges and complexities of NIL with authenticity, integrity and professionalism,” Alley said in announcing the fund.

We are tracking all NIL collectives

Davies, Alley and Gemas were joined by some of the student athletes and the charities they are supporting as well as board members and donors, including Brent Beason, Sherry ‘Thrift’ Bradshaw, Jimmy Brown, Molly Craig, and Brian Penner, among others.

Together with the athletes, the multi-generational group builds on Clemson University’s culture of caring by connecting donors, community charities and student athletes with the goal of elevating the awareness of the charities, promoting the work they do and helping to expand their impact on our community.

“Our mission is simple: To provide student athletes with the opportunity to further develop themselves as part of their education while at Clemson and serve others by providing much needed support to community charities,” said Davies, president & CEO of Pavilion Development in Charlotte.

As representatives for the charities they support, student athletes will engage with their social media followers, share videos, make in-person appearances at charity events and fundraisers, and participate in other activities to support and promote the charities.

The initial list of the first athletes and the charities they support are:

The idea was born from a conversation Davies had with cancer survivor Bella Attisso, who shared the work her charity is doing to help children facing the challenges of a parent battling cancer. TigerImpact recognizes that charities like Nshelter often do important work but lack sufficient resources to attract the support needed to help more people.

“These community charities have a profound impact on the lives of countless members of our community—with exceedingly few resources and often working quietly behind the scenes without the time or means to tell the world of their good work and attract much-needed support,” said Alley, who recently retired as regional president at Wells Fargo in Charlotte.

“We believe our approach can and will be a national model demonstrating how leveraging the name, image and likeness of university student athletes can be done in a way that has a positive impact on communities and on the athletes, themselves,” Alley said.

NIL has transformed the landscape of college athletics, Davies said.

“Gone are the days of simply showing up to watch best athletes compete on home turf. Going forward, the Clemson faithful need to get involved by helping TigerImpact grow its ability to attract the best players while complementing our cultural values.”