A Career in College Athletics

A college athletics career both inside and outside of an athletic department. 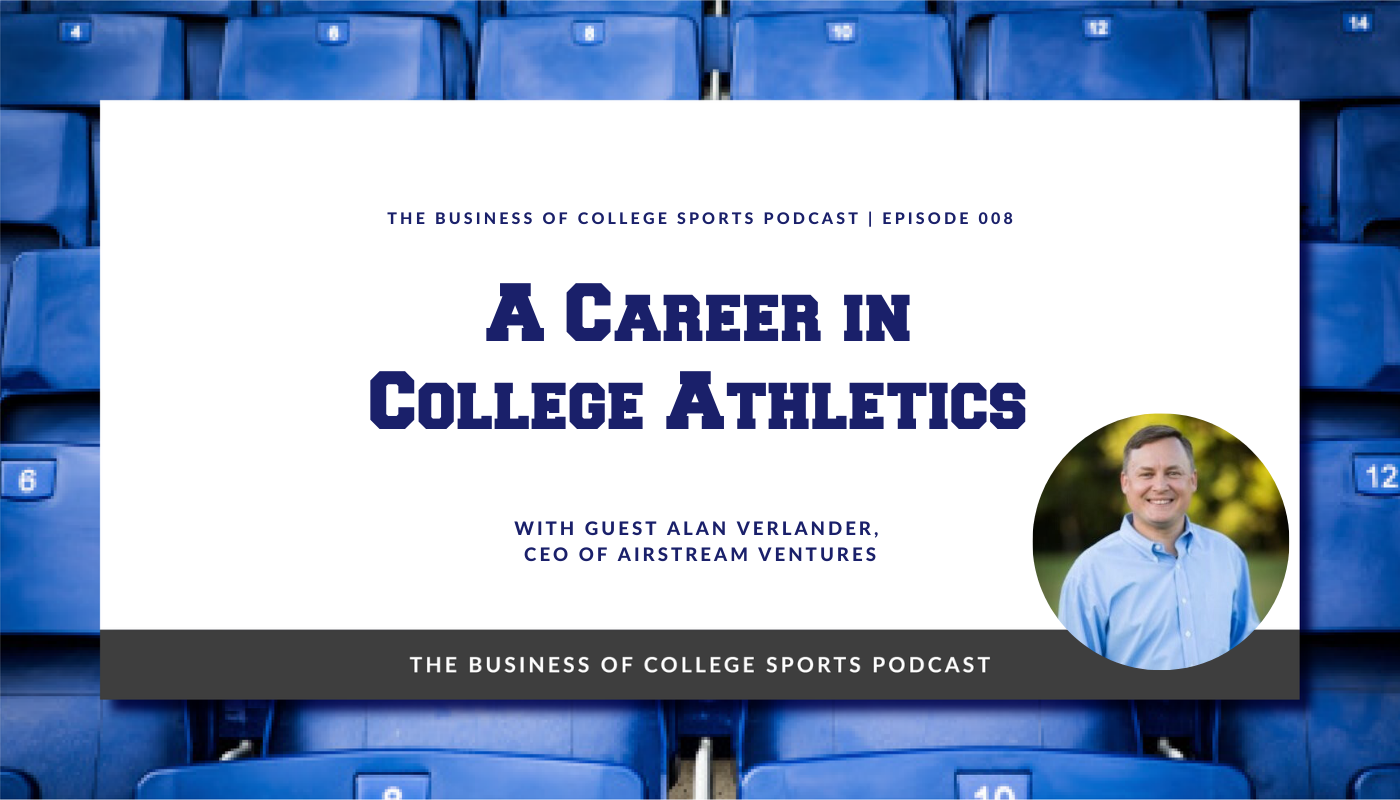 This week, I’m joined by my friend Alan Verlander, CEO of Airstream Ventures, a sports and entertainment event management company. For the past 25 years, Alan has worked in and around college athletics from nearly every angle.

We talked about the differences between working in an athletic department vs. with the City, his leadership style and his advice for young administrators looking to bring new and innovative ideas to the world of college athletics. We also chatted about attracting sporting events to new cities and money that’s often left on the table when dealing with sponsors.

If you work in or around college athletics, this is going to be an episode you’ll enjoy!