SEC Fans: What to Expect in College Station 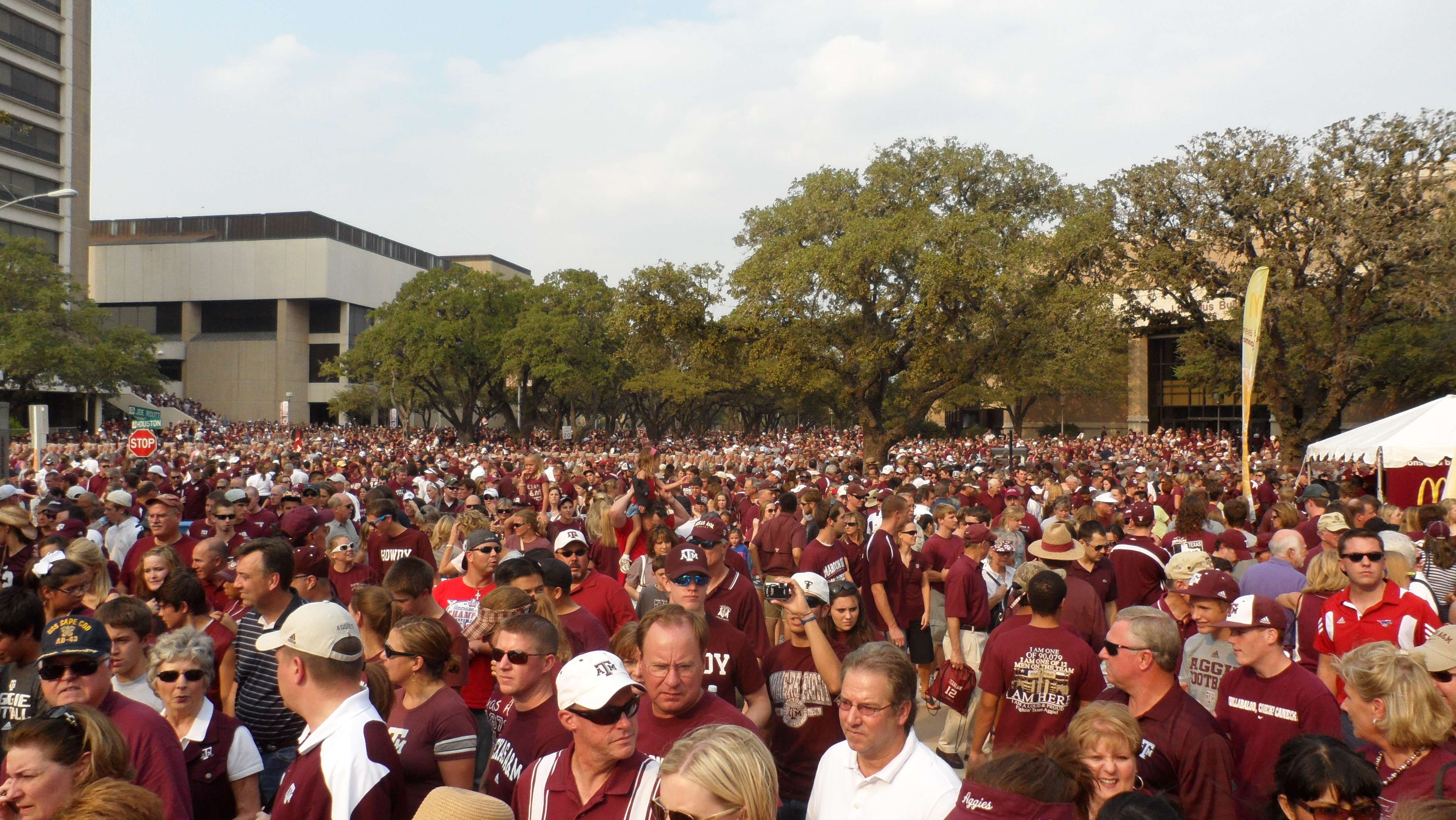 Last week I told Texas A&M fans what to expect in the SEC. After spending a couple of days in College Station and attending the Texas A&M vs. SMU game, I want to tell SEC fans what they can expect when they head west.

Is all this premature given the SEC hasn’t announced an invite to Texas A&M? No. There’s no doubt in my mind A&M is headed to the SEC.

In no particular order, here’s what SEC fans need to know:

He came to be known as the “Twelfth Man” because he stood ready in case the eleven men on the gridiron needed him. That spirit of readiness for service, desire to support, and enthusiasm helped kindle a flame of devotion among the entire student body; a spirit that has grown vigorously throughout the years. the entire student body at A&M is the Twelfth Man, and they stand during the entire game to show their support. The Twelfth Man is always in the stands waiting to be called upon if needed.

For roughly 80 years Texas A&M was an all-male school with compulsory membership in the Corps of Cadets.  This was essentially a military academy.  West Point in East Texas.  While women and minorities are now welcome on campus and participation in the Corps is voluntary, Texas A&M remains a university with a military soul.  The fundamental doctrines of military life – sacrifice, commitment, unity – remain a way of life here.  Aggie fans never found that in the Big 12.

I haven’t even come close to covering everything I witnessed in College Station. SEC fans, you’ll just have to make your own trip and experience it for yourself!

I leave you with a slideshow of pictures I took on gameday. If you can’t see my face for my hair, it’s because winds were 25-40 MPH all day (not typical for College Station I’m told, but due to a tropical storm):

To Texas A&M Fans: What To Expect in SEC
The Future of Iowa State in Conference Realignment