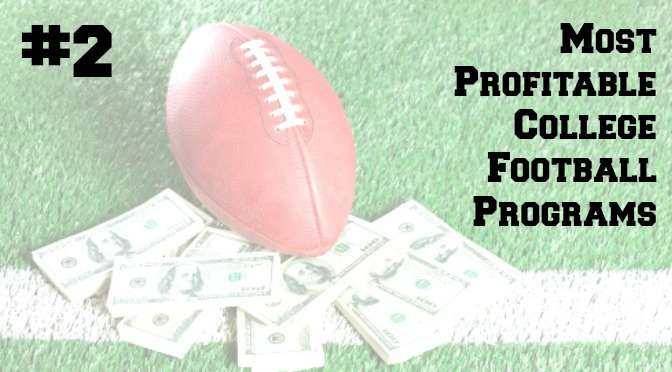 Over the next few weeks, I’m going to break down the Top 10 most profitable (with nonprofits it’s technically net revenue, not profit, but that doesn’t roll off the tongue) college football programs from 2012-2013. You can check out #1 here.


Curious where the excess $58.4 million in football revenue went? Check out my piece on Smarty Cents for the answer!