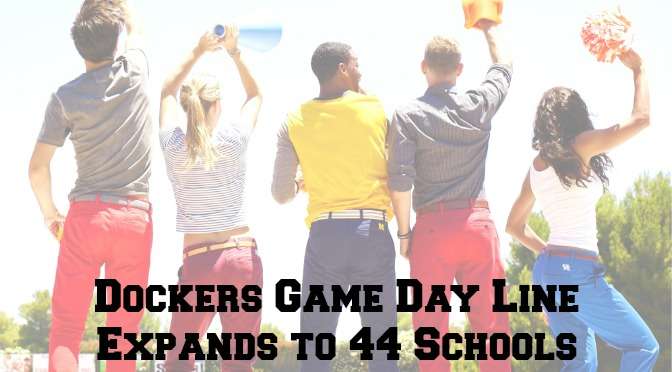 Last fall, Dockers announced it would launch a line of Game Day Khakis for 10 schools, which expanded to 20 schools earlier this year. Available in three fits – Classic, Alpha and shorts – the line features an internal stamp of the school slogan and an embroidered school logo on the exterior.

Now Dockers is announcing it’s more than doubled its Game Day Khakis line with the addition of 24 more schools.

The new schools include:

The other 20 schools already in production are:

Dockers expansion in the college space appears to be a smart move for the company: sales of collegiate-licensed merchandise (of which 65 percent is apparel) are second only to MLB at just under $5.0 billion a year. The NFL and NBA follow, at $3.25 billion and $3.0 billion, respectively. Licensed merchandise sales only accounts for $1.3 billion a year in the NHL and $1 billion in NASCAR.