Is there a better solution than the current season ticket model in college sports? 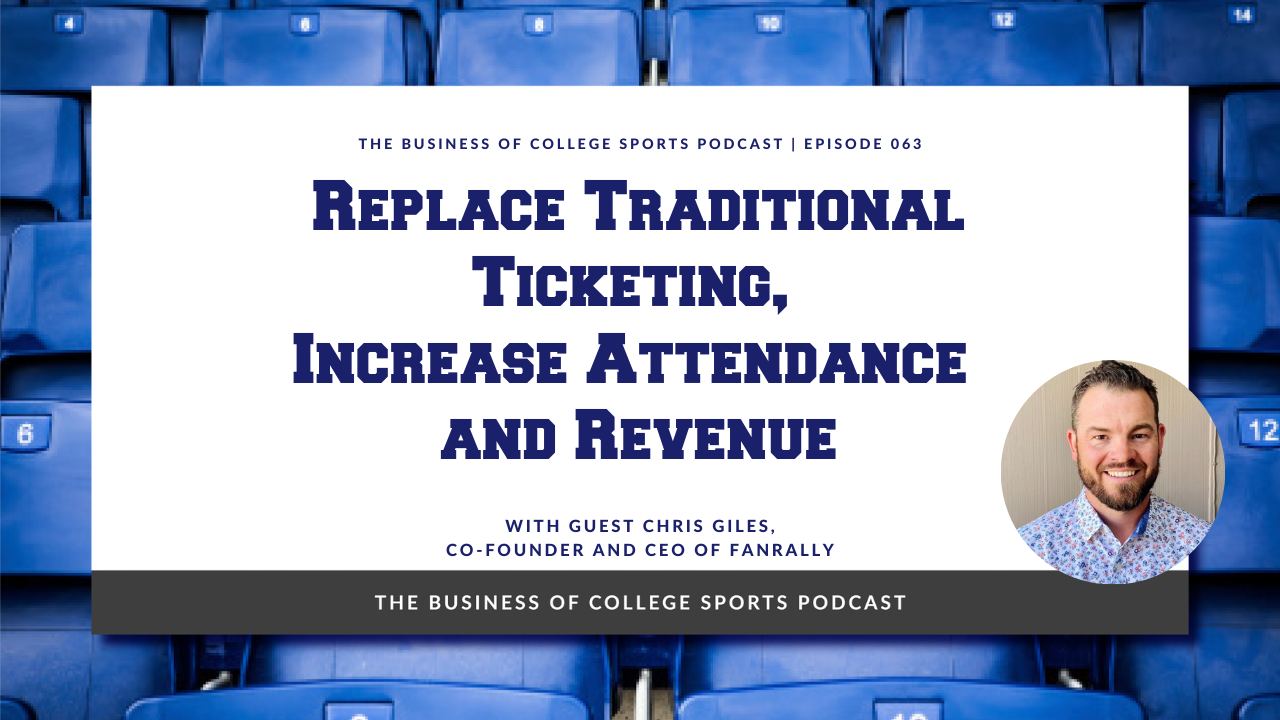 I’m joined this episode by Chris Giles, co-founder and CEO of FanRally, a platform that replaces traditional season tickets with a tech-enabled subscription service.

Members pay a monthly subscription fee instead of paying for tickets and can reserve seats directly on their phones, finding games that work best for their schedules.

FanRally is aimed at modern consumers, including younger fans, who are comfortable with subscription services. Also, the seat reservations can’t be resold, so it helps teams identify the fans attending games and to build more direct relationships with them.

The company was founded in 2020 after Chris had served as COO of the Oakland A’s and VP of Sales & Strategy for the San Francisco 49ers.

Backed by Capital One, it has already partnered with more than 20 teams across the NCAA, NBA, MLB, MiLB and NHL.

In the episode, we discussed: