Battle at Bristol: The Biggest College Football Game Ever 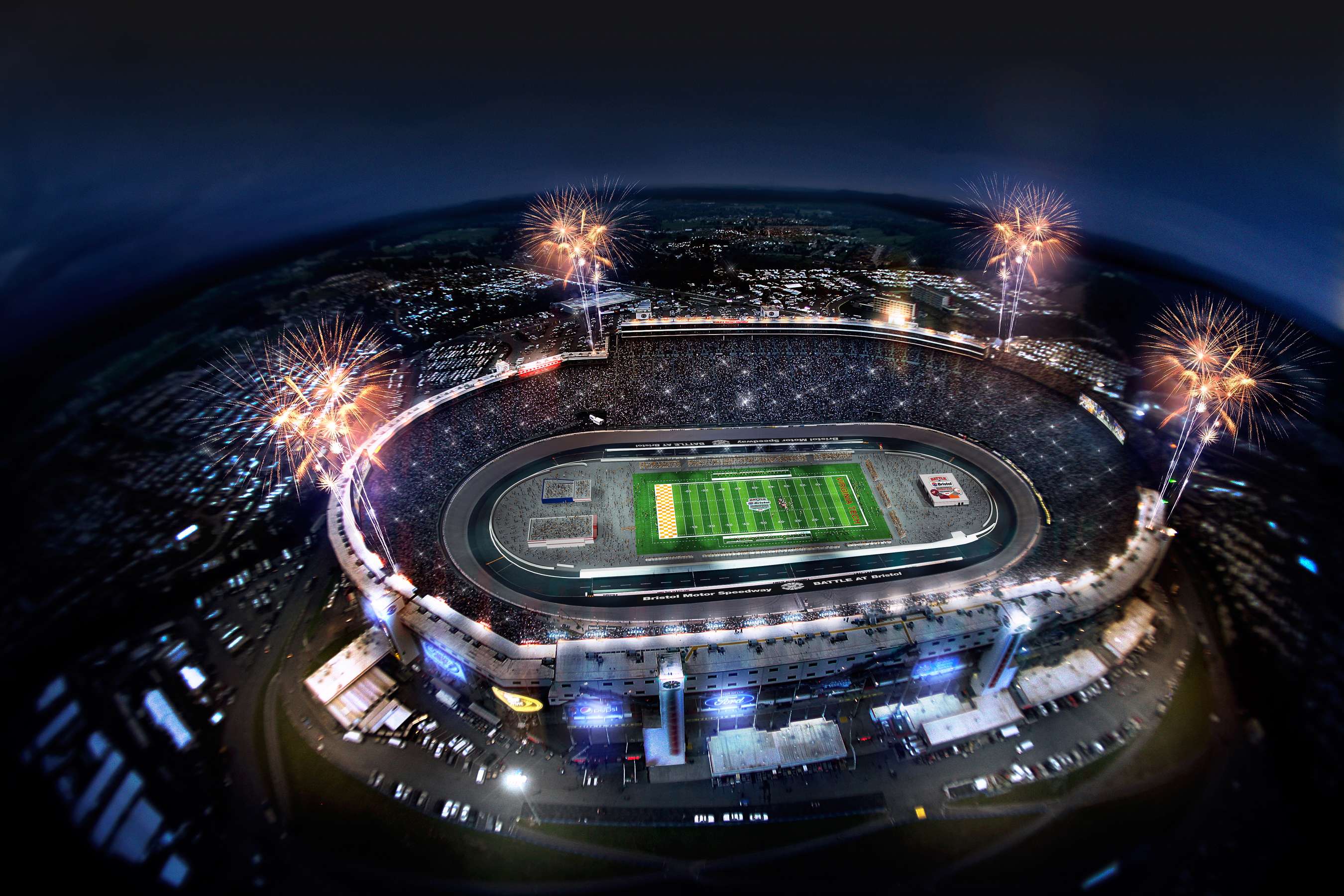 On September 10, 2016, Bristol Motor Speedway will attempt to stage the “Biggest College Football Game Ever” as it hosts the Virginia Tech Hokies and the University of Tennessee Volunteers.

Transformed into a college football stadium, Bristol Motor Speedway will be capable of seating approximately 150,000 fans. If the speedway was filled to capacity, it would eclipse the previous two largest-attended college football games: 120,000 fans at Notre Dame vs. Southern California at Soldier Field in 1927 and 115,109 fans at Michigan vs. Notre Dame at Michigan Stadium this season.

“To be able to play in front of a crowd that is the largest to ever see a college football game is a once in a lifetime opportunity,” said Frank Beamer, Virginia Tech head coach. “With the great fan support that Virginia Tech and the University of Tennessee have, it should be a great atmosphere.”

Tennessee is equally as optimistic about the potential to make this, “The Biggest College Football Game Ever.”

“This is an unprecedented opportunity for our football program to play in front of the largest crowd in the history of college football,” said Vice Chancellor and Director of Athletics for University of Tennessee, Dave Hart. “Bristol Motor Speedway will be perhaps the most unique venue to ever host a college football game. Tennessee students, faculty, alumni, and fans will look forward to being a part of this great event.”

The evolution from speedway to college football stadium will need to take place over a short period of time, because Bristol will host a NASCAR race the August preceding the Battle at Bristol. Here are some key facts about the transformation provided by Bristol Motor Speedway:

You can find more details about the event and sign up for ticket and event information at BattleatBristol.com.

UPDATE: The Richmond Times-Dispatch is reporting each team will receive $4 million as long as they sell at least 40,000 tickets, with escalators that could raise that amount to $4.5 million.