Slovis’ collection on the site includes autographed footballs, helmets and a signed picture of “The Backyard Brawl” 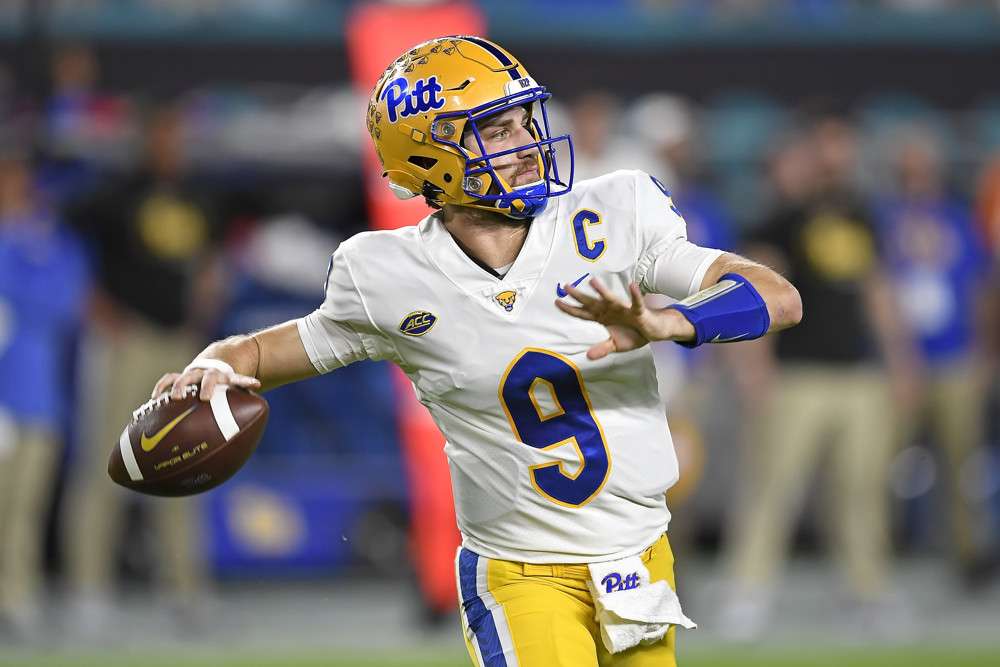 Slovis’ collection on the site includes autographed footballs, helmets and a signed picture which  captures the atmosphere of the rivalry known as “The Backyard Brawl” between the Pittsburgh Panthers and West Virginia Mountaineers from Sept. 1. All of these items can be found here on the Upper Deck website.

“I am excited to build a long-lasting relationship with Upper Deck and bring one-of-a-kind memorabilia and collectibles to [Pittsburgh] fans,” Slovis said.

Slovis played his first three years at the University of Southern California. He led the Trojans to the Holiday Bowl in 2019, and earned All-Pac-12 honors in an abbreviated season in 2020. Slovis won seven of his 11 games played this season for the Panthers, and threw for 10 touchdowns and nine interceptions. Pittsburgh finished the regular season 8-4.

Slovis is ranked as the 24th quarterback for the 2023 NFL draft, according to NFLDraftBuzz.com.

“We are always looking to add every sports’ brightest rising stars to Upper Deck’s roster, and signing Kedon as an exclusive for our UDA collection allows us to offer his growing fan base new and authentic memorabilia,” Upper Deck Authenticated director Gabriel Garcia said.