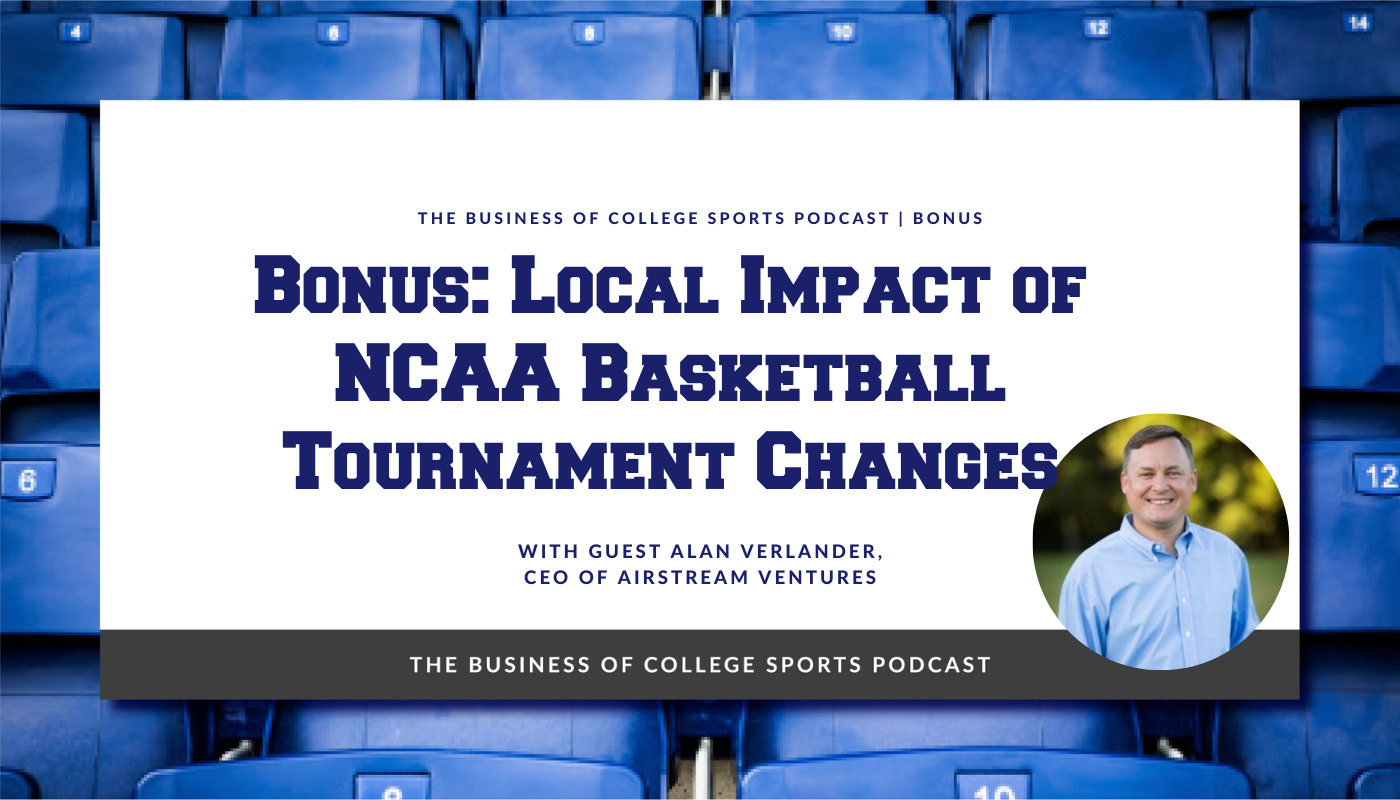 I asked my friend Alan Verlander, CEO of Airstream Ventures, to do a quick bonus episode with me on the financial impact changes to the NCAA tournament will have on local economies — from arenas to hotels to restaurants and workers. We also talked about how quickly things are changing and what we think will happen next.