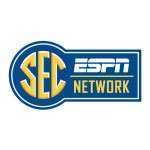 DISH has reached a wide-ranging deal with The Walt Disney Company, which includes Longhorn Network and SEC Network. The channels are headed to your DISH lineup in time for college football season this fall if you have the America’s Top 120+ and higher packages.

Longhorn Network, which launched in 2011, will see its distribution numbers double with the DISH deal, and DISH is the first nationwide provider to announce it will carry SEC Network. AT&T U-Verse has also committed to carrying the SEC Network, but the cable company is currently available in just 22 states to 5.5 million subscribers.

Both Longhorn Network and SEC Network will be available to DISH subscribers both at home and on-the-go, allowing fans to view live and on-demand content on their computers, tablets and mobile devices.

In addition to the other new offerings, DISH subscribers will also get access to WatchESPN for the first time with the new deal, along with ESPN Goal Line and ESPN Buzzer Beater. ESPNEWS, ESPNU will also launch in high definition on DISH with the new agreement, and ESPN Classic will be offered as a video-on-demand channel. In addition, the new deal gives DISH subscribers a host of Disney and ABC on-demand products.

The Future of Sports on Television
How are Fans Getting Their College Sports Fix?