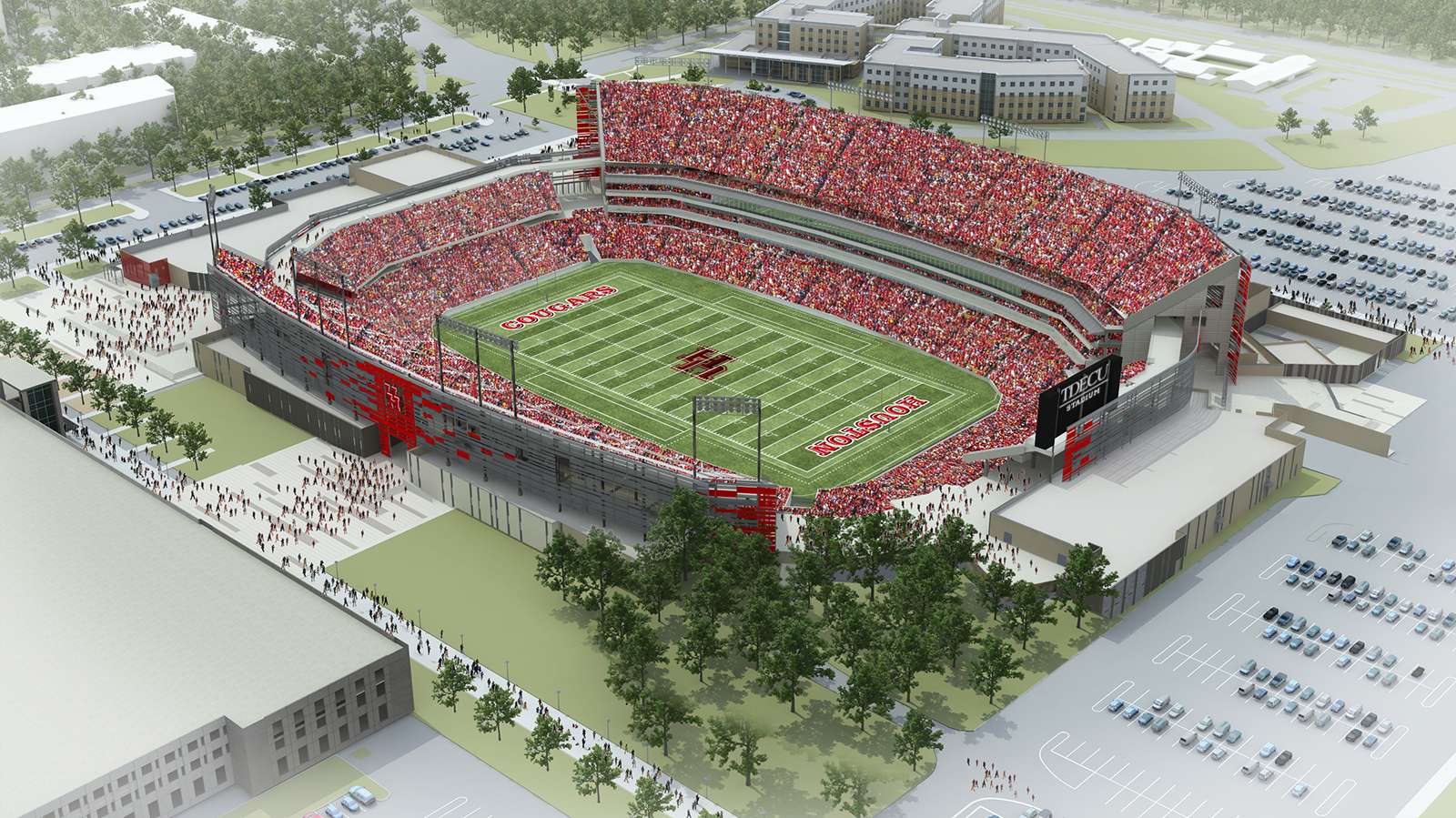 When University of Houston plays its first football game in its new on-campus stadium on August 29th against UTSA on national television, the announcers will refer to it as TDECU Stadium thanks to a new naming rights deal. A 10-year, $15-million gift from TDECU gets the local credit union naming rights and a suite on the 50-yard line.

Houston’s deal will be a nice infusion of cash for an athletic department that reported $42 million in total revenue last year. Mack Rhoades, Houston’s Vice President for Intercollegiate Athletics, had this to say about the partnership:

“From the beginning of this process, we have been very strategic with how we chose our naming rights gift. We wanted an entity that aligned with our core values, cared about its workforce and its clients, invested in the community and the University. We’ve found that and more with TDECU.”

TDECU’s President and CEO Stephanie Sherrodd was equally as enthusiastic about the partnership:

Houston has already sold out all suites (26), loge boxes, suite decks, party patios and club seating in the new football stadium as it looks forward to its second season in the American Athletic Conference.