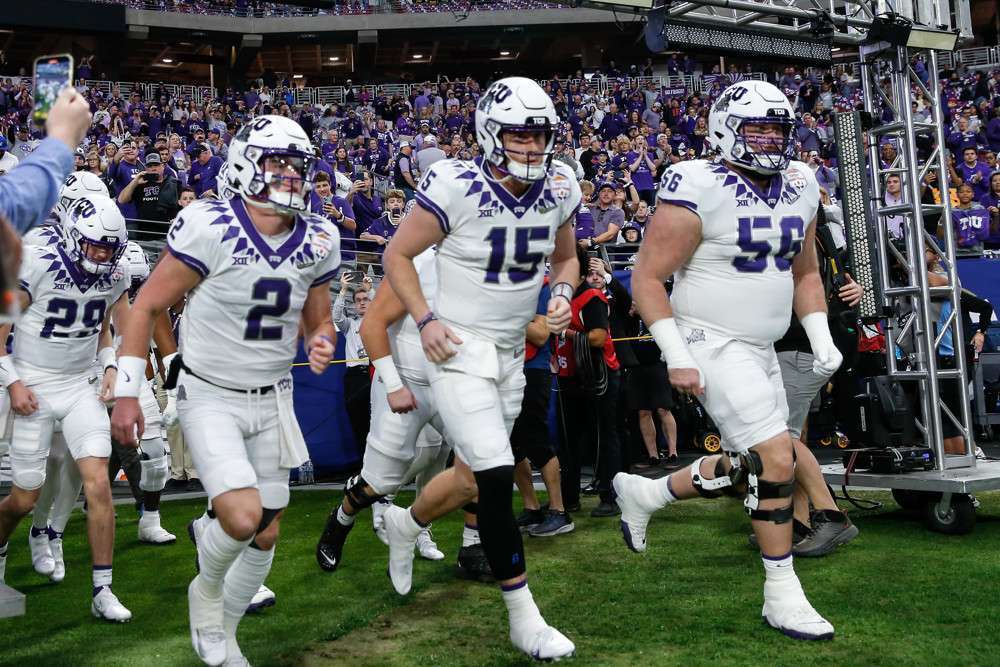 TCU Horned Frog fans, meet Frogtown. Thanks to a new parternship with the Big 12 Conference and the Los Angeles neighborhood Frogtown, fans should have no trouble getting in spirit for TCU’s College Football Playoff National Championship on Monday evening.

“This is an incredibly exciting time for TCU and the Big 12 Conference – we are thrilled to be a part of TCU’s historic season and welcome the opportunity to showcase the Conference to new markets,” Big 12 Commissioner Brett Yormark said. “Through the Frogtown takeover and additional marketing initiatives, the Conference is making the most of its time out west, and we look forward to being a part of the biggest night college football has to offer.”

Why will UGA make more than TCU for the national championship?

Horned Frog fans can indulge in purple beer from Frogtown Brewery, Frogtown gourmet tacos and more and could win purple, TCU-themed shoes designed by sneaker artist Kickstradomis. Along with helping turn the neighborhood purple, the Big 12 will make its presence felt in downtown Los Angeles with a digital branding takeover of the L.A. Live venue.

TCU’s run to the College Football Playoff National Championship has been a historic one. The Horned Frogs’ Fiesta Bowl upset of Michigan ensured that the Big 12 would have its first CFP Championship contestant. So far, Texans are ramping up support for their team and and have been making the trip west to Los Angeles, with the state leading the way in ticket sales by accounting 37% of tickets sold, according to SeatGeek.