Morrison capped off an All-American freshman campaign with his sixth interception of the season and a new NIL deal. 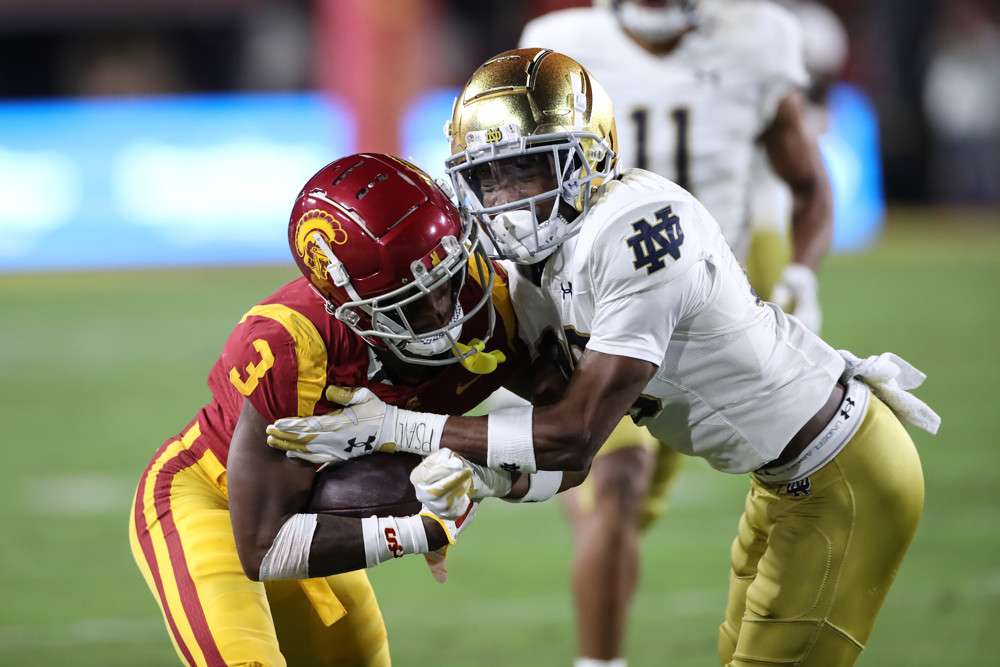 With the addition of Benjamin Morrison, Forever Young Sports Cards is positioning itself as the premier sports memorabilia brand amongst the Fighting Irish hopeful.

Already an established commodity in the college football NIL space, Forever Young Sports Cards will be an interesting brand to watch and could continue building on its success by working with athletes across different Notre Dame sports within NIL moving forward.