Is There A Title IX Issue With Notre Dame’s Football Recruiting Billboards? 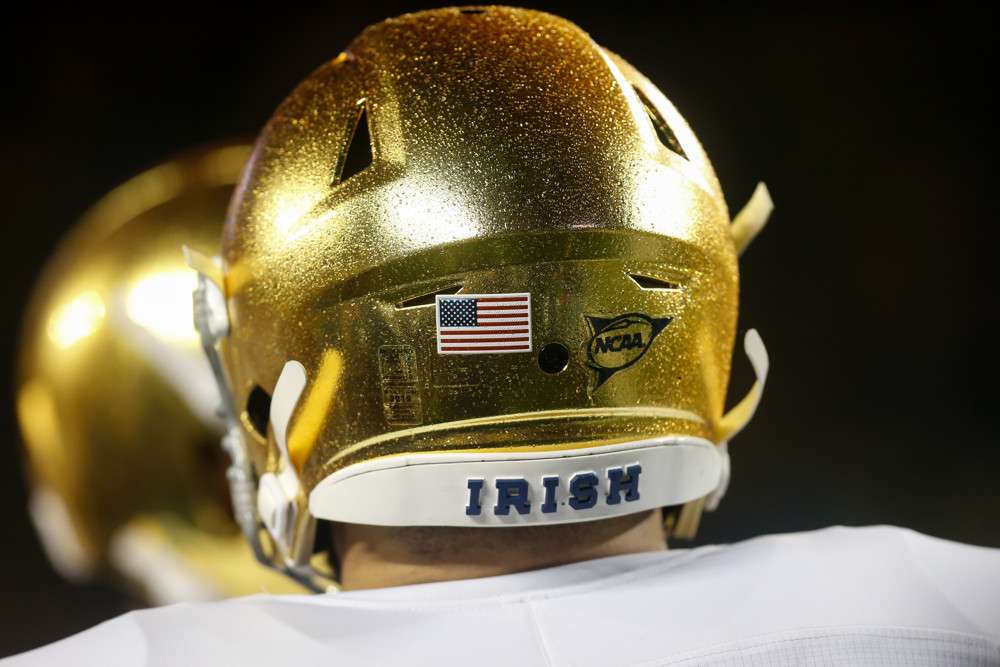 The digital billboards Notre Dame recently unveiled featuring its football players might seem like a recruiting story at first glance, but experts agree it’s also a Title IX story, particularly as we move into the NIL era.

Kaitlyn Collyer, an associate at Church Church Hittle & Antrim who represents institutions, coaches and student-athletes in NCAA matters, points out that Title IX requires schools to provide equal treatment in certain program benefits, including publicity and promotions and recruiting.

She says if the Office of Civil Rights was evaluating whether a school equally publicized or promoted its men’s and women’s teams, one area they might review is the quality, quantity and availability of promotional devices, like billboards.

“Using Notre Dame as an example, if football is the only sport with billboards, then OCR could say there is a disparity in favor of men’s sports,” said Collyer. “In terms of recruiting, OCR reviews, among other areas, the opportunity to recruit and financial resources available for recruiting. Notre Dame’s billboards target recruits in their current players’ hometowns. They’re pitching to prospective student-athletes that Notre Dame can help build your brand and online presence, should you choose to come to South Bend.”

Collyer says if this type of recruiting resource is not available to women’s programs, OCR could conclude there is a disparity in favor of the men’s program. However, she says that’s not the end of the review.

“It’s important to note, OCR does not look at these program benefits in a vacuum and ‘equal treatment’ does not mean ‘identical treatment.’ If, for example, some women’s programs had access to more chartered flights for travel and each female student-athlete got her own hotel room when the men had to share, OCR could conclude that these benefits offset each other.”

Jeff Schemmel, president of College Sports Solutions, says the billboards may be justified because of the potential for revenue production in football versus some other sports.

“These decisions are made not only to highlight the lives and accomplishments of student-athletes, but also made with a clear eye toward ticket sales and related revenue production. The distinction is made that this use is part of an overall plan to generate revenue in sports with the greatest potential to produce revenue for all sports.”

Dr. Lindsay Darvin, a former NCAA student athlete and now an assistant professor and gender equity researcher within the Sport Management Department at the State University of New York College at Cortland, still thinks promotion like this is problematic.

“The men athletes are receiving free marketing to improve their opportunities to earn money off of their own NIL and the women athletes would need to receive similar promotional efforts.”

Last year, I asked experts about a similar billboard campaign by Illinois. Julie Roe Lach, a partner at Church Church Hittle + Antrim, said in that instance that she’d look to factors such as whether men’s teams were primarily promoted through paid advertisements while women’s teams were being promoted primarily through “free” options such as social media.

As we enter this new era where student athletes are able to profit off their name, image and likeness, there may be additional scrutiny given to marketing and promotion by the athletic department because of its ability to positively impact a student athlete’s individual marketability. With the potential to create Title IX disparities, it may be more important than ever for athletic departments to closely track its marketing and promotion efforts for each sport.

“Conducting proactive internal or external reviews for Title IX compliance, whether broad or specific to certain areas, is an important part of any healthy athletic department. A tracking system would certainly help ensure schools are appropriately balancing the program benefits they’re providing to their student-athletes,” said Collyer.

“Departments should absolutely be tracking how their promoting their men and women student athletes as well as the overall quality of those promotional efforts, which likely translates to the money being spent on those materials,” said Darvin. “I would imagine these numbers will become highly important when the inevitable happens: women athletes recognize that they are less recognizable than their men athletes counterparts based on free promotion from their institution that historically and consistently favors the men.”

Schemmel acknowledges there’s a bit of a balancing act happening within athletic departments when it comes to marketing and Title IX.

“As always, the dilemma in this day and age for most Division I schools is that their institutions are demanding that they become more entrepreneurial and less dependent upon university funding. This requires investment in those things that can provide a positive financial return on those investments.”

With name, image and likeness legislation set to go into effect in at least five states on July 1, 2021, and the potential for NCAA legislation by then as well, this is just one example of how Title IX analysis might change as we move in to this new era of NIL rights.

This piece originally appeared on Forbes on June 2, 2021