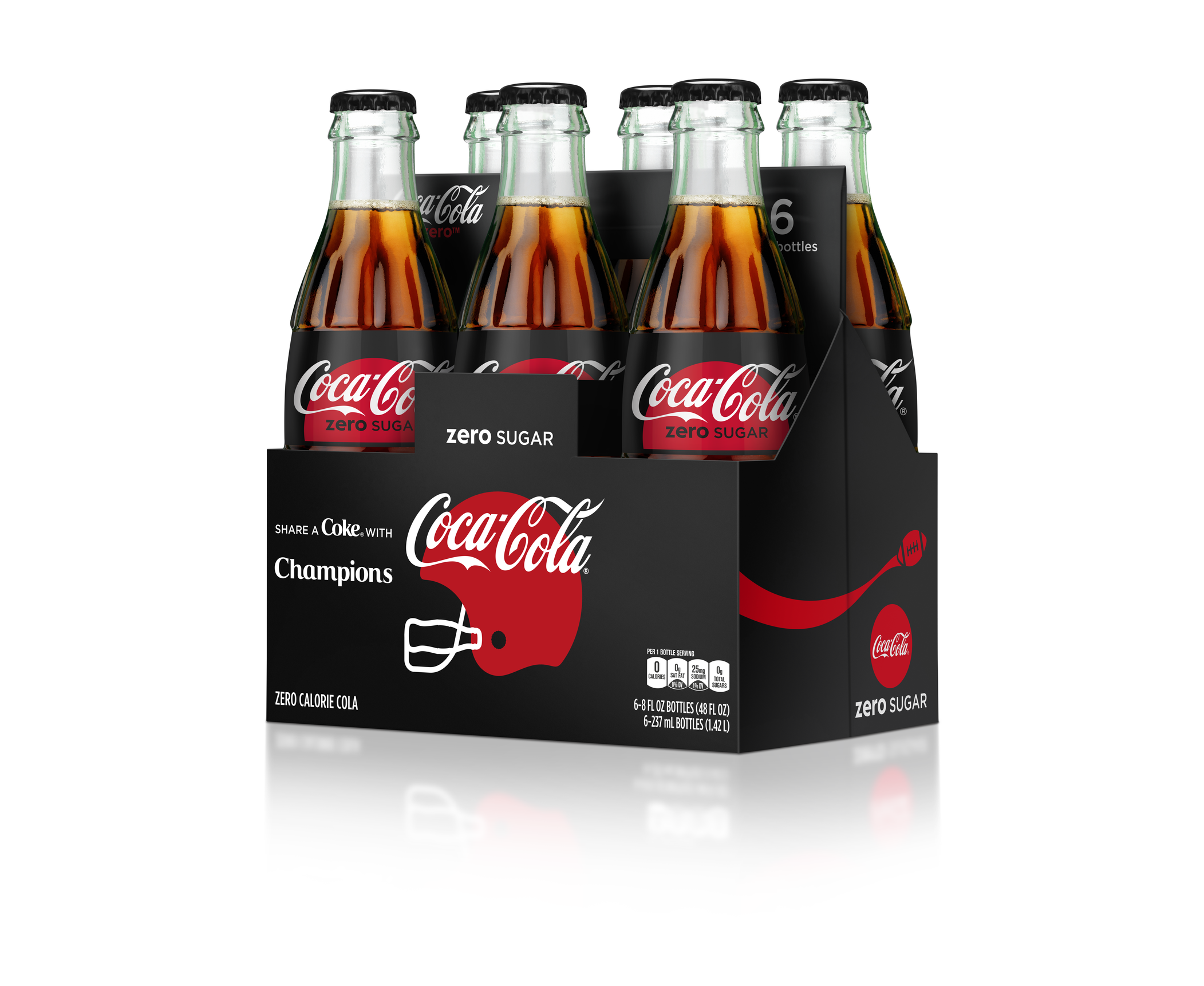 As the “Share a Coke” campaign enters its sixth year, Coca-Cola is debuting new labels on 20 oz. bottles of Coke and Coke Zero Sugar featuring logos from nearly 60 college and NFL teams across the country.

“We’re excited to give consumers the opportunity to share some team spirit when they ‘Share a Coke’ this football season,” said Oana Vlad, director, Coca-ColaTrademark. “We hope to unite friends, fans and even rivals through the power of ‘Share a Coke.’”

Other labeling includes a variety of football-related nicknames, such as “Squad,” “#1 Fan,” “Pro” and “Legend” on 7.5 oz. mini cans, 12 oz. cans, 8 oz. glass bottles, 1.25-liter, 1.75-liter and 2-liter PET bottles of Coca-Cola and Coke Zero Sugar. Special football-inspired designs will also appear on outer packaging such as the boxes for cans.

In order to activate this regionalized program, several supply chain innovations were necessary, including codes on the custom labels that ensure the correct team logos are shipped to each market.

“Shifting from a national to a hyper-local approach is incredibly complicated and could only happen with the partnership of our bottlers,” Vlad added. “Last summer we made the decision, together as a system, that ‘Share a Coke’ would be our biggest push for 2019. Collectively, we believe in the power of our football assets at the local level.”

Coca-Cola will also be leveraging its longstanding partnership with ESPN College GameDay for its “Share a Coke” campaign. Each week, broadcasts will feature “Share a Coke” moments, shareworthy content and fun experiences. For example, each week 50 fans at GameDay will be chosen to get the VIP treatment, which will include an unlimited supply of ice-cold Coke.

For fans who aren’t on-site at GameDay, there are opportunities to unlock football-themed experiences by scanning the Sip and Scan icon on Coca-Cola packaging and limited-edition fountain cups at participating McDonald’s restaurants.

Customized out-of-home, digital and radio creative will target hometown fans as well, and a national TV commercial will debut at the start of the season.

This piece originally appeared on Forbes.com on August 8, 2019