Along with NIL opportunities, student-athletes will also have access to mental health resources through Golden Minds 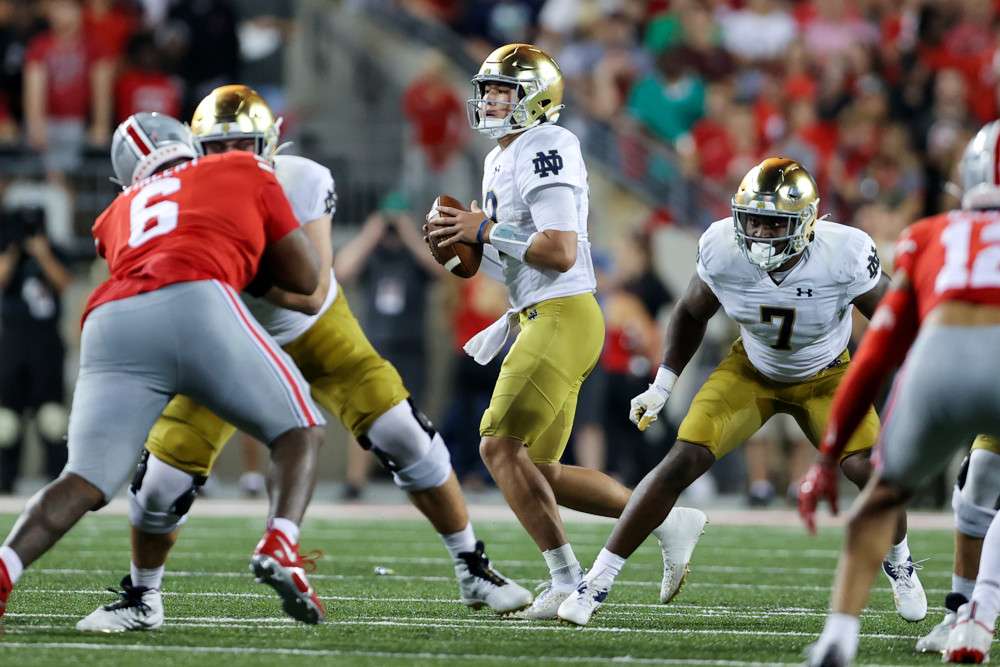 Thanks to a new two-school collective, student-athletes at Notre Dame and Saint Mary’s College (In.) will have access to NIL opportunities and mental health resources.

Golden Touch, a NIL collective platform announced by former student-athlete Karen Phelps on Thursday, will serve both Fighting Irish and Belles student-athletes and seek to provide NIL opportunities across the departments’ many teams. PlayBooked, a sports marketing group that has worked with dozens of collectives at other schools, will power the platform.

The collective comes with an emphasis on helping student-athletes competing in Olympic sports and women’s sports to make the most of the NIL landscape.

“Golden Touch is a different kind of collective and one that’s easy to love,” Phelps, the daughter of longtime Notre Dame basketball coach Digger Phelps, said in a press release. “We position ourselves as a democracy – we’ll work as hard for ND baseball and Saint Mary’s rowers as we do our marquee football and basketball players.”

Along with Golden Touch, the platform is striving to address mental wellbeing in college athletics with its Golden Minds initiative. Golden Minds will connect student-athletes with online resources about mental and emotional health, with the ultimate goal of breaking down the stigma surrounding the discussion around mental wellness.

Phelps and the Golden Touch team see Golden Minds as an opportunity to “invest in all of our players on and off the field.”

“We think of it as mental armor for athletes representing the kind of character and strongly believe fans and brands where profits support a differentiating purpose,” Phelps said.

With Golden Touch bringing equity to the NIL space and Golden Minds working in tandem with athletic departments’ initiatives to boost mental health and start discussions around tough topics, Phelps is confident that both this new NIL collective platform can bring about positive change at Notre Dame and Saint Mary’s.

“Our Golden Touch group couldn’t be more enthused to generate creative marketing opportunities for players at our alma maters,” Phelps said in the press release. “But the drive for me was our vision for mental health…we really believe we have something to contribute.”