NIL can be a risky venture for high school student athletes. 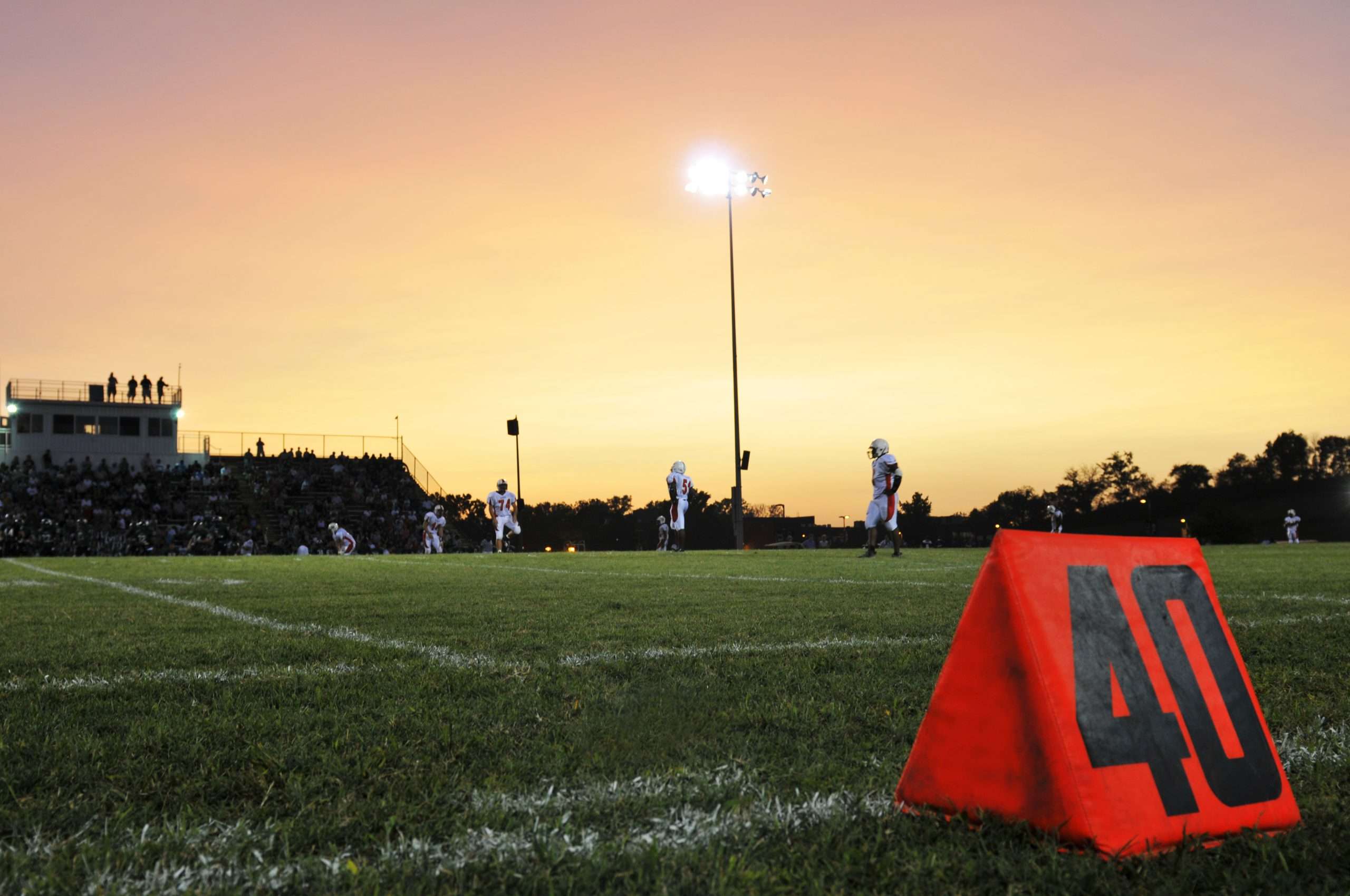 Update: Quinn Ewers has reportedly decided to forego his senior year of high school and enroll at Ohio State this fall.

College sports headlines were dominated in July by student athletes exercising their new rights to monetize their name, image and likeness. It would be easy to think the benefit of these new rights would trickle down to the high school level, especially since the NCAA specifically stated in its FAQ document that prospective student athletes could engage in the same activities as current student athletes without impacting their college eligibility.

However, just because their college eligibility isn’t impacted doesn’t mean their high school eligibility won’t be. In fact, the National Federation of State High School Associations made their stance quite clear in a message from its executive director, Dr. Karissa Neihoff, on July 7:

Neihoff was on the High School Basketball Happenings podcast and was asked what she’s most concerned about when it comes to NIL at the high school level.

“Corruption, absolute corruption, taking advantage of our student athletes, misinformation, lack of faith, lack of follow through disappointment, which would be really destructive. I’m also concerned about exacerbation of inequities that already exist.”

There are also things that excite Neihoff about NIL opportunities though.

“I think overall for young people that engage in these relationships, if there’s an opportunity to benefit, to learn, to perhaps make a dollar, but to also enhance their platform and their profile and use it for good. We need influencers, athletes and sports can influence. We need them to do this in a good way. And if they can do that and they can benefit financially from that, that’s a good thing. I hope that along the way, as even collegiate athletes start to take advantage of NIL initial opportunities, there’s education associated with that.”

She points out that not all schools are part of associations with rules prohibiting the monetization of a high school student athlete’s NIL.

“If you are, in fact, playing with your high school team, then you want to be really, really sure that you understand your state association regulations and bylaws or even before that, if your school is even a member of the state association, if it’s a private school that may not be. In some states, parochial schools are not members of that state association and they may not have rules governing NIL or amateurism, so to speak.”

To date, only California has given clear guidance that high school student athletes can monetize their NIL. The New York State Public Athletic Association expects to take action at its Executive Committee meeting October 20.

Meanwhile, Illinois, Mississippi and Texas all have specific language in their NIL laws that prohibit student athletes from engaging in commercial activities related to their NIL prior to enrolling in college.

Malik Jackson, an attorney with Smith Hulsey and Busey, joined my Business of College Sports podcast this week to discuss the legal advice he’s giving high school student athletes and their parents.

“The first thing I tell them is just stay away from agents right now. The reason I say stay away from agents is because there are very particular rules by different associations, conferences and institutions that pertain to agents and their engagement with student athletes. And so for a high school student, or a parent, I would say don’t think about engaging an agent right now.”

Jackson is referring to the fact that although the NCAA’s interim policy does permit student athletes to engage with agents and other advisors, there is also a patchwork of state laws, state high school association rules and institutional policies to navigate.

“In Florida, that is against FHSSA rules, and so any sort of agent-athlete relationship with a high schooler is going to be very problematic.”

That being said, Jackson does think parents of elite high school athletes can begin to speak with tax advisors, lawyers and accounts.

Two elite prospects have been in the news because of NIL lately. The first was Mikey Williams, who won’t be eligible for the NBA draft until 2024. Williams has more than 5 million followers on social media and attends Lake Normal Christian in Huntersville, North Carolina but plays basketball for Vertical Academy, a private institution not subject to state high school association rules. Williams signed with Excel Sports Management and will be pursuing NIL activities as he continues with his high school career.

Top football prospect Quinn Ewers, who is ranked No. 1 by Rivals.com, has verbally committed to Ohio State and is considering skipping his senior year at a public high school to enroll at Ohio State early in order to take advantage of NIL opportunities. Texas is one of the states that specifically prohibits NIL activities prior to college enrollment. Ewers already has offers from both local and national brands, and with only one core English class left could graduate early and enroll at Ohio State for the 2021 season.

Jackson, a former Princeton quarterback, is hesitant about elite prospects jumping into NIL when he remembers what his college experience was like.

“I think it would be detrimental for an athlete to look overly invested in NIL as a freshman, because it’s going to turn off your teammates and turn off your coaches.”

“I think for freshmen coming into college, you will have the game twisted if you’re more worried about a sponsored post than attending class. It can’t be more complicated than that. Once you get to your sophomore and junior year, then you can start exploring those opportunities.”

If, however, state associations begin to change their rules and NIL becomes more common at the high school level, that assessment probably changes. Until then, Jackson warns student athletes who are high school age and younger to stay away from NIL opportunities.

“I think the only period of time where I will feel comfortable with an athlete exploring NIL options would be after they’re completely done with athletic participation in high school.”

For more advice for parents of high school student athletes on navigating NIL— including how parents can keep from creating problems with their own entrepreneurial ideas—check out Jackson’s full podcast episode below.

This piece was originally published on Forbes