Along with its top team standing, the Buckeyes’ games against Notre Dame and Michigan rank in the top five of most in-demand StubHub tickets 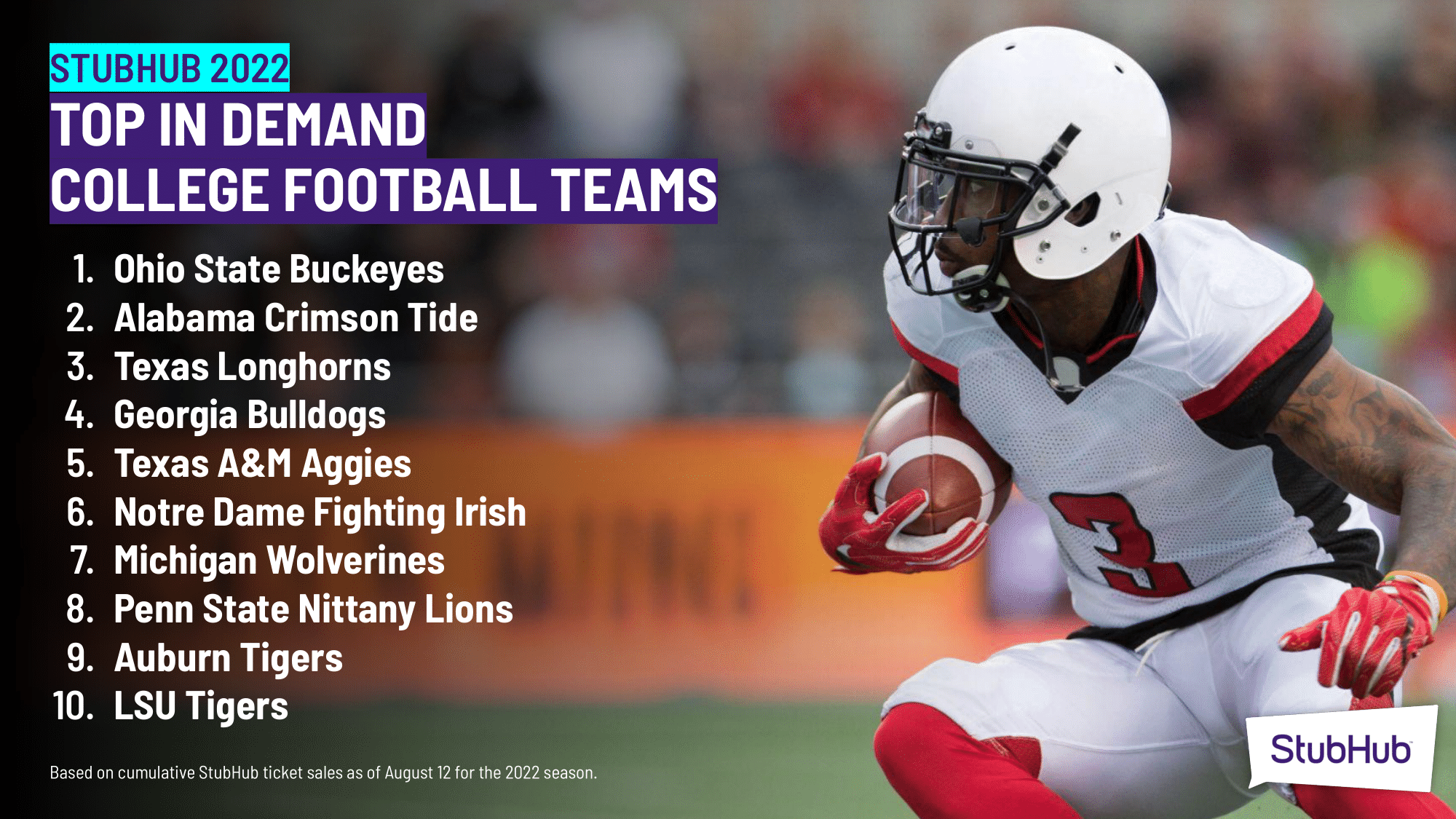 Ohio State football is coming off what the program considers an off-year, finishing on the outside looking in for both the Big Ten Championship game and the College Football Playoff. With a dynamic offense led by Heisman Trophy hopeful CJ Stroud, the Buckeyes are looking like a top contender this season, and by at least one metric, they are already historic.

According to ticket reseller StubHub’s season preview, Ohio State knocked off Alabama as the most in-demand ticket in college football for 2022, the first time in program history that the Buckeyes took the top spot. Ohio State’s season opener against the Notre Dame Fighting Irish on Sept. 3 ranked as the second-most in-demand game in college football, and the Buckeyes’ annual rivalry game against the Michigan Wolverines on Nov. 26 ranked fifth.

Michigan and Penn State joined Ohio State as the other Big Ten programs to crack the top ten, ranking seventh and eighth, respectively, and the conference overall ranked second among all of the Power Five conferences.

While Alabama didn’t receive top billing this year, the Crimson Tide and the SEC are as in-demand as ever. StubHub says that Alabama’s game against future SEC opponent Texas on Sept. 10 is the most in-demand game of the upcoming season, while matches against current SEC rival Texas A&M and Iron Bowl nemesis Auburn slotted in at third and sixth, respectively. In total, five of the top ten games featured at least one SEC team, and the SEC accumulated 39% of all college football ticket sales, making an SEC ticket the most in-demand by a wide margin.

In their first season under new head coach Marcus Freeman, the Notre Dame Fighting Irish also have a strong showing on the list, ranking sixth on the list of most in-demand teams in college football and making the list of top games twice for its matchups against Ohio State and Clemson.

Outside of Notre Dame and the Big Ten/SEC duo, the rest of the Power Five has hit-or-miss representation. The Pac-12 was shut out of the list of most in-demand teams, ranked last among all conferences in in-demand tickets and only has one game with one of its teams in the top ten, Oregon’s matchup against the Georgia Bulldogs. ACC standouts Florida State and Clemson lifted the ACC’s standing on the lists, while Oklahoma and Texas powered the Big 12 to a respectable third-place standing on the conference list. Perhaps most surprising – the renewal of the Pittsburgh-West Virginia rivalry has resulted in massive demand, coming in as the eighth most in-demand ticket for the upcoming season.

As a whole, college football ticket sales are up 10% as compared to 2019 sales, according to StubHub’s release. All rankings and statistics are based off cumulative StubHub sales for the upcoming season, with a cut-off of August 12.