Brennan landed the first car deal and then promptly got injured. 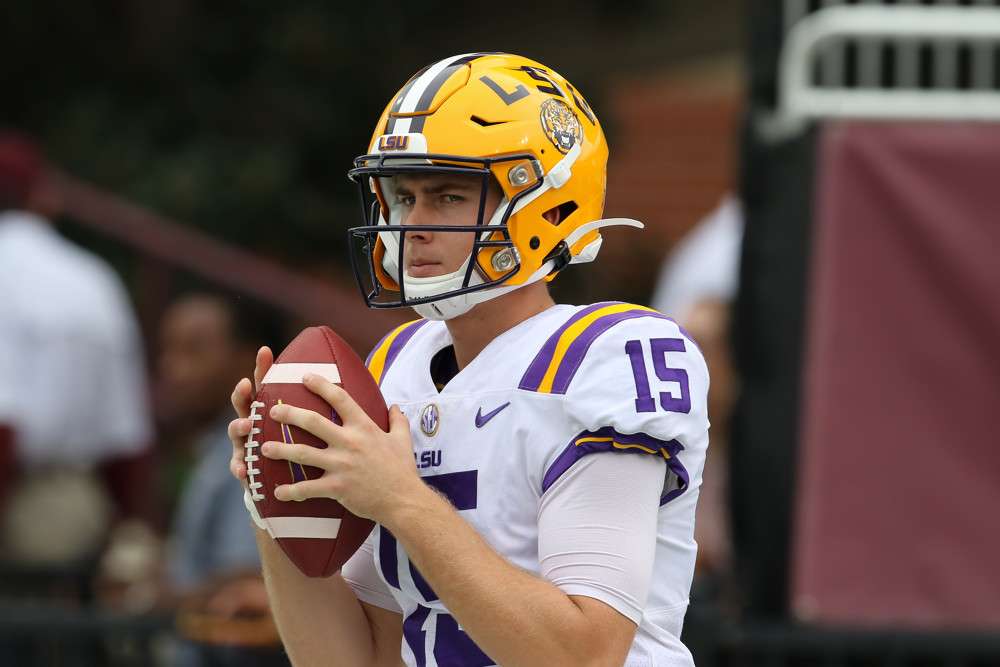 LSU QB candidate Myles Brennan became the first student athlete to announce a car deal last week. Within mere days, however, he had broken his left arm in a freak fishing accident and is now looking at an uncertain season.

Hollingsworth Richards Ford, an auto dealership in Baton Rouge, Louisiana, leased a new Ford F-250 to the favorite candidate for starting QB at LSU this season. Because NIL deals cannot be premised on performance, Brennan’s injury–and an unknown number of games he’ll miss this season–will not (and in fact, can not) change due to his change in circumstances on the field.

So, what does Hollingsworth Richards Ford do now? How can they extract the most value out of a deal that now presumably provides them with less exposure than they imagined?

The good news is that Brennan’s father says he’s not transferring and will start throwing again in a couple of weeks.

How the car dealership can still get value from Myles Brennan

I spoke with two sports marketing experts about the situation and how the dealership can still activate their sponsorship and get value out of the situation.

“It’s unfortunate, but as a brand you also don’t want to be seen kicking a spokesperson when they are down,” said Ishveen Anand, founder and CEO of OpenSponsorship. “So, typically sponsors only drop athletes when they do something that harms the brand reputation, not injury. We could expect that they ask for a few more deliverables as a make good. For example, more appearances or more social.”

Vince Thompson, founder and CEO of sports marketing and branding agency MELT, says there are still plenty of things the Ford dealership can do to leverage its relationship with Brennan.

“You can do your traditional in-store activation, a ‘Sign and Drive’ to win tickets sort of thing or autographs. You could tailgate at the game with his family and then he could stop by after the game. There’s a lot of different ways to maximize that.”

Anand says her advice to the car dealership would be to get creative and integrate Brennan’s new storyline into the campaign.

“I’d integrate the car into the story of the athlete’s recovery. Making the sponsorship authentic, capturing emotive content and creating a great story is the best way to make these partnerships be as effective as possible.”

She advises using imagery or video of Brennan’s recovering in the campaign, things like getting in the car to go to doctor’s appointments or physical therapy.

Thompson had similar ideas and also suggested the dealership sign Max Johnson, who is now in line to by the Tigers starter.

“I think the lowest hanging fruit would be to go and sign Max Johnson right now, and then you try to tie something between Max and Miles. Maybe Max is driving Miles around in the car while he’s injured. You’re expanding the definition of a teammate and showing one teammate helping another. You want to put a positive spin on it and a community spin.”

Hollingsworth Richards Ford isn’t the only brand who will have to potentially adjust its strategy thanks to Brennan’s injury. He also has announced deals with GameCoin, Raising Canes, Smoothie King and Smalls Sliders.

As for future car deals for student athletes, Anand does expect them to be common.

“It’s a great benefit for the athlete, and it’s cheap and easy for dealerships to do. We have seen a similar uptick in the pro space.”

“These dealerships are always looking for a way to connect to the mighty emotional connection to the fans. Then you look at these student athletes as the men and women who make up the next generation of consumers–and they’re the Holy Grail of consumers–and you can build brand love for a lifetime.”

Although there’s no reason to believe Brennan was doing anything to put himself in a perilous situation, Thompson does say brands need to think ahead about situations student athletes might get into that involve alcohol, drugs or other situations the brand might not find fits with their image. It’s common in contracts with professional athletes and other endorsers and ambassadors to include a morals clause giving the brand the the right to terminate the contract if the person engages in criminal or unseemly behavior.

He suggests brands looking to get involved in NIL deals at this level should run background checks on student athletes they want to work with, including morals clauses in the contracts and have a crisis plan in place. Obviously, the dealership’s response would have needed to be far different if, for example, the student athlete were caught drinking and driving in their leased vehicle.

“Has this kid had a DUI in his past? Does he have a history of public intoxication? Run a background check, look around at his social media.”

Although this wasn’t the situation in Brennan’s case, it’s easy to imagine situations that might arise in the future with student athletes (as with any individual), and brands need to do their due diligence and have plans in place prior to the crisis occurring.