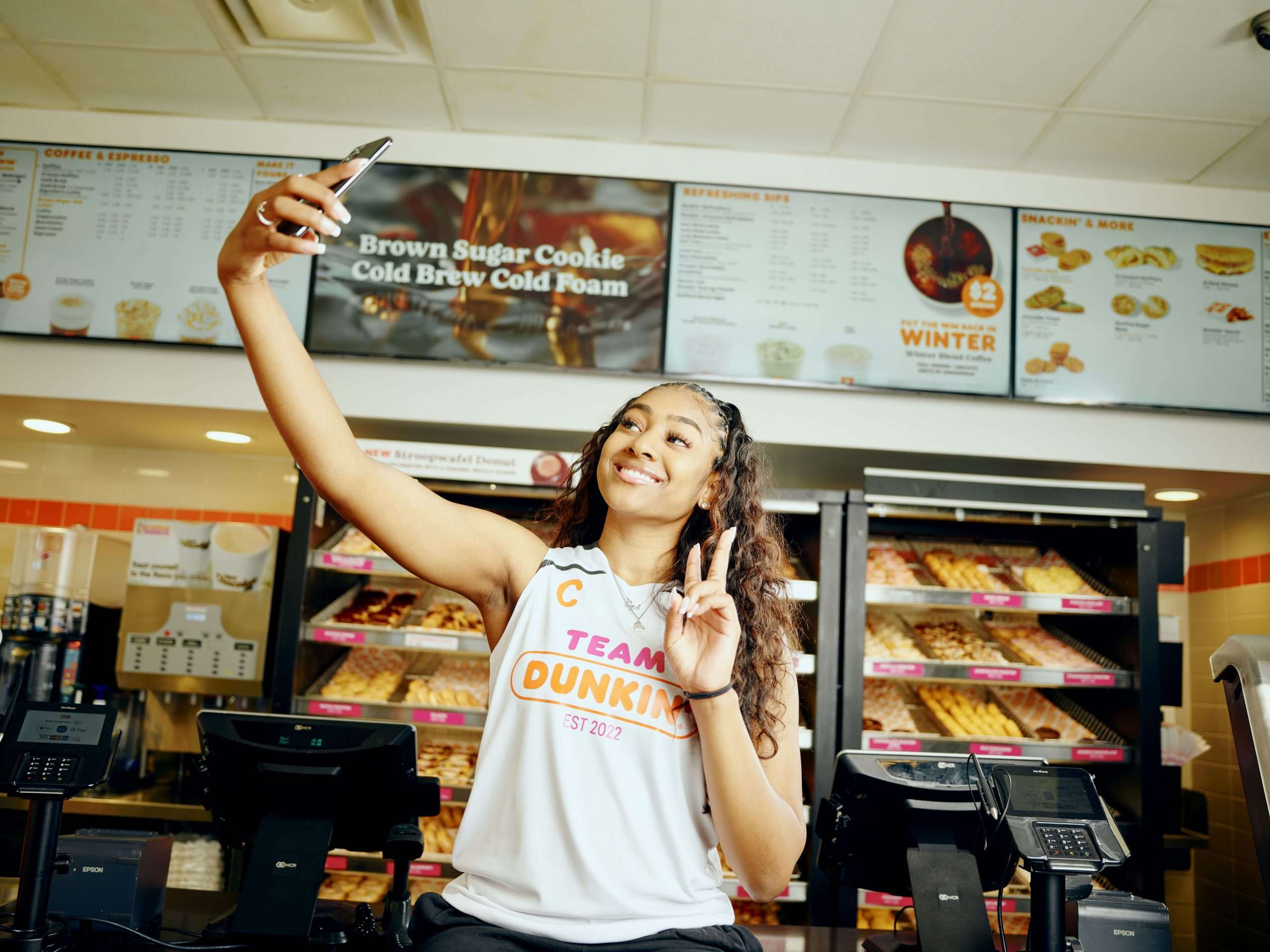 Since its first location opened in Massachusetts all the way back in 1950, Dunkin’ Donuts has grown to become the world’s leading baked goods and coffee chain. Serving more than 3 million customers per day, there’s no question that “America Runs on Dunkin.”

In today’s NIL era in college athletics, there’s no question that any student athlete would want to align with a brand as big and acclaimed as Dunkin’ Donuts. Well, a couple of individuals are getting the “first taste” of Dunkin’s recent entry to the NIL space.

As Team Dunkin’ athletes, Kelly and Boling will utilize social media to share their experiences while repping Team Dunkin’ gear for all to see.

While Dunkin’ and these two student athletes will obviously reap the rewards of a seemingly great partnership, the communities of Chapel Hill, North Carolina and Athens, Georgia are in for a treat as well. Moving forward, Team Dunkin’ athletes will be honored by having their very own Dunkin’ drinks and food featured at a participating Dunkin’ location in each of their respective college towns.

Wish you could run like sprint and jumping star Matthew? Channel your inner track and field athlete with his go-to Dunkin’ order: a Small Iced Coffee and Veggie Egg White Wake-Up Wrap without cheese and Glazed MUNCHKINS® Donut Hole Treats.

Local fans in Chapel Hill, North Carolina can dunk like Deja with her go-to drink and food, available at the Dunkin’ location at 1509 E Franklin St., from February 18 through February 24, 2022. Dunkin’ says to stay tuned for more details on when and where to grab Matthew’s order.

More Than Your Typical NIL Deal

This partnership feels perfect because while America Run on Dunkin’, many college students and student athletes need that extra cup of coffee or breakfast item to power them through the day.

Moving forward, Team Dunkin will continue to recruit new teammates in 2022 and beyond. Dunkin’ intends to support athletes on and off the field and energize a growing roster of students through wins, losses, and the daily grind of being a college athlete.

As sweet as Dunkin’s donuts are for a great breakfast meal, the Team Dunkin’ initiative might be even sweeter for those involved.