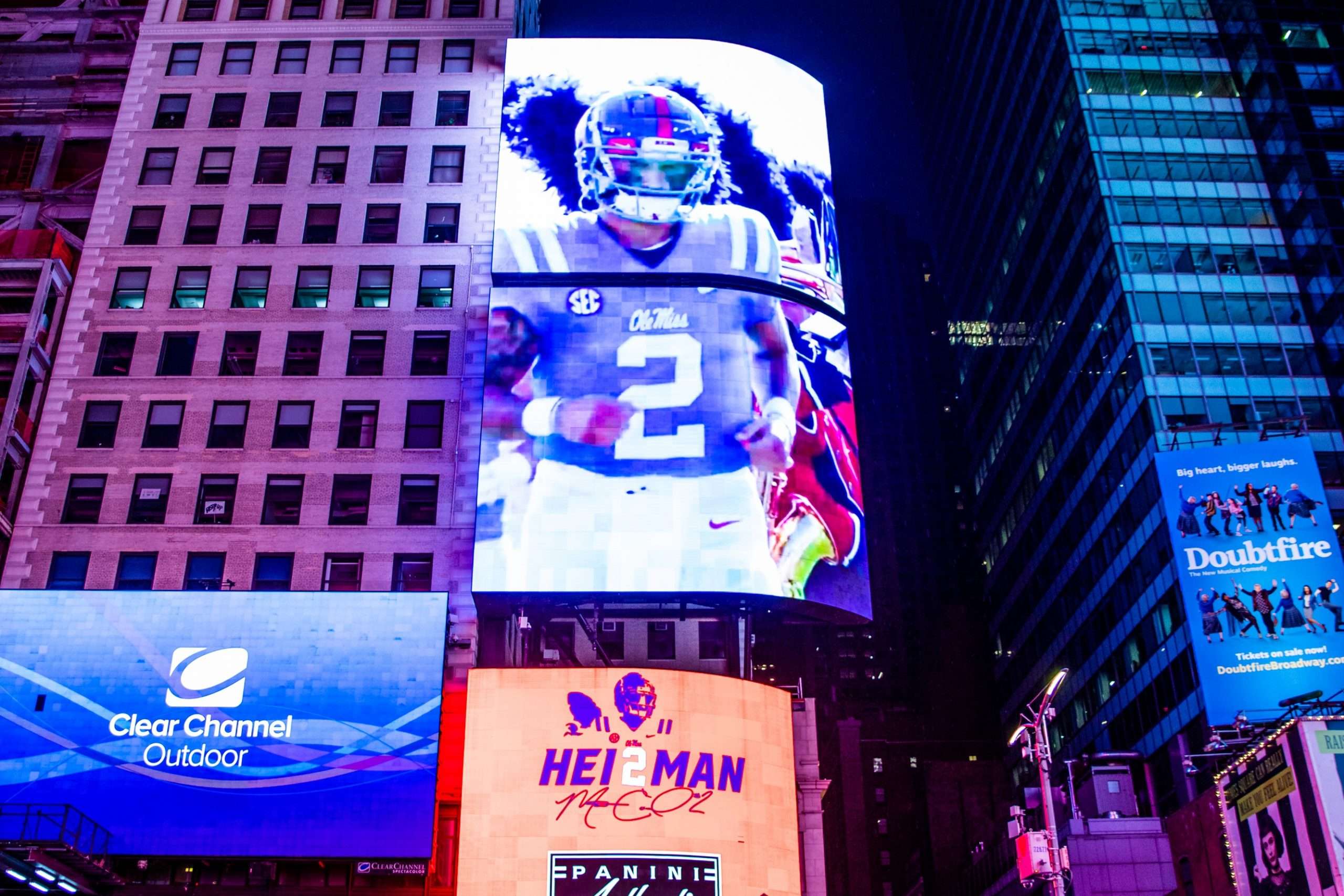 Taking a page from The University of Oregon’s “Joey Heisman” Times Square billboard in 2001 for eventual fourth-place finisher Joey Harrington, Panini’s out of home campaign for Corral showcases the top candidate on the world’s largest advertising stage and across the street from the Heisman Trophy ceremony location.

“I’m grateful to have such a great partnership with Panini America under NIL for my autographed memorabilia. All season long Panini has supported me allowing me to focus on performing on the field. To have Panini unveil this enormous billboard in the heart of Times Square during Heisman Week is special and I look forward to the next phase of our partnership,” said Corral.

Included in the new memorabilia line launching today, Panini is selling Corral-autographed Ole Miss helmets and balls priced between $119.99 and $279.99.

“Matt was one of the first NIL athletes we signed exclusively last summer and he was one of the first for a reason: He’s one of the most exciting players in all of college football and his status as a Heisman finalist only confirms that,” said Brian Bayne, Panini America Vice President of Acquisitions. “We’ve had a blast watching and rooting for Matt this season, and we look forward to working with him for years to come.”

Outside of his Panini partnership, Corral launched his own brand and clothing line – Manifest and Conquer – prior to the season.

On the field, Corral led Ole Miss to its first 10-win regular season in program history, a #8 ranking in the College Football Playoff and a highly anticipated New Year’s Day matchup in the Allstate Sugar Bowl against Big 12 champion Baylor. The redshirt junior and expected top 2022 NFL Draft pick threw for more than 3,300 passing yards, 20 touchdowns and nearly 600 yards on the ground with 11 rushing touchdowns.

Four Heisman Trophy finalists will be announced on Monday and invited to New York City for the December 11 in-person ceremony after a virtual event a year ago. The winner will be revealed at 8PM ET Saturday live on ESPN.

Texas Offensive Linemen to Receive $50,000 Each to Promote Charities
WWE Announces Inaugural “Next In Line” NIL Class of College Athletes