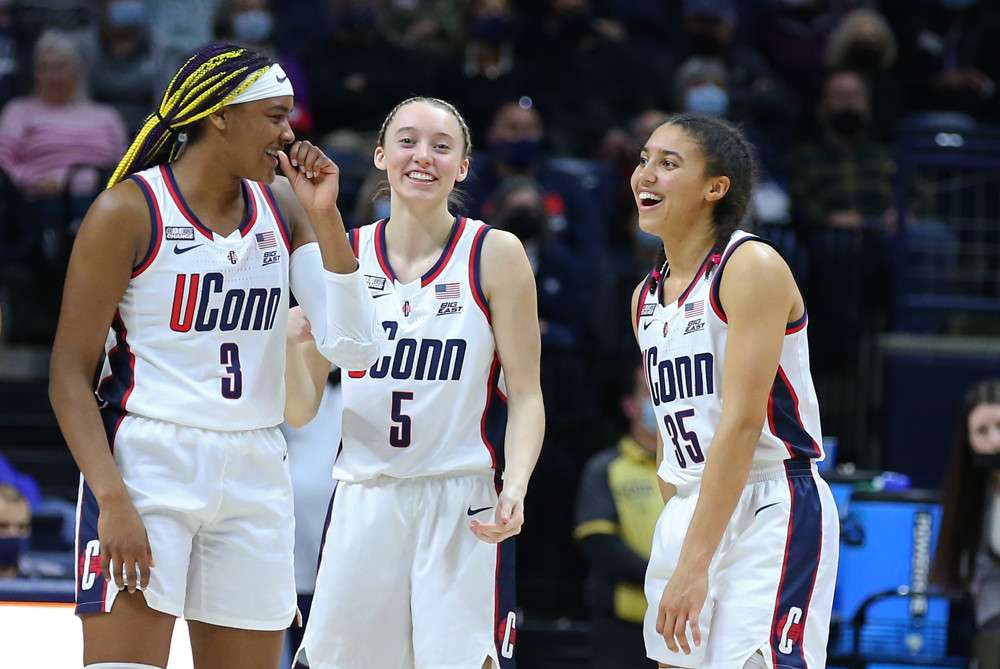 Opendorse, a NIL technology company that aids student-athletes in navigating the new business landscape, released a white paper titled “Cashing In: Women’s Sports and NIL Success” today that shows women are having more success with NIL than initially predicted.

The report focuses on the success of women’s college athletics in the first 18 months of NIL, including some of the women cashing in, such as Abby Bauleke (Alabama wheelchair basketball) and Sydney McKinney (Wichita State softball)—both TeamUSA members in their respective sports—and Jordan Horston of Tennessee women’s basketball.

According to the report, sponsorships of female athletes has grown 20% from September 2021 to 2022, as opposed to just a 2% increase for male athletes. Although women’s college sports are gaining more attention, there’s one in specific that’s leading the charge: basketball.

The 2022 NCAA Division I Women’s Basketball Championship was the most watched in two decades, bringing in a total of 4.85 million viewers. With an audience reaching new heights, brands are swarming players with deals.

If the starting five were offered a NIL agreement, it would cost an average of $7,886, about 57% more than what collegiate softball, volleyball and track & field athlete would earn, according to the report.

Programs like Texas Tech women’s basketball ushered in a new age of team-wide deals. The Lady Raiders made the largest NIL deal in history in July 2021 when it was announced each player would be provided $25,000 per year from the marketing agency Level 13. Similarly, the South Carolina women’s basketball team will receive at least $25,000 from Garnet Trust, a Gamecocks collective throughout the 2022-2023 school year.

UCONN women’s basketball is no stranger to the spotlight, boasting 11 program championships, it’s no shock brands are rushing to partner with athletes like junior Guard Paige Bueckers, who was the first collegiate athlete to represent Gatorade. Her counterpart, sophomore Guard Azzi Fudd entered a partnership with Warriors Guard Steph Curry and his company SC30 Inc. in 2021.

Footwear companies like Champs have also partnered with collegiate women’s basketball players. The company launched the Women Win campaign in July 2022 to focus on gender equality within athletics. The beginning of the campaign’s celebration at an event in Florida featured University of Miami basketball players and twins Haley and Hanna Cavinder. Champs also included Fran Belibi of Stanford women’s basketball, a member of the Meta NIL Empower 2.0 class, in their holiday campaign for Women Win.

Although these new business endeavors financially support female college athletes and bolster their careers, maneuvering through the world of business poses new challenges off the court. Horston, an All-SEC First Team selection and former Gatorade Ohio Player of the Year, was thrown headfirst into the world of NIL in July of 2021.

“It made me grow up,” Horston said. “I had to fill out a W-9 and W-2 – I didn’t even know what those were. I had to prepare myself to file taxes and do all these adult things.”

Despite the initial learning curve, Horston said her NIL ventures have helped her see what the world is like after college. The same goes for all other female collegiate athletes in their respective sports.

“Women feel empowered to operate their NIL business at the highest level – just like they do in their respective sport,” said Casey Seberger, Director of NIL Athlete Brand Development and Partnerships at Kansas.

Alongside operating their own businesses, the representation of females in NIL deals inspires the next generation of young athletes, especially in the wake of the 50th anniversary of Title IX, the law which provided the opportunity for gender equity in sports.

“I’m just a regular person playing basketball and there are people out here that look up to me like I’m inspiring,” Horston said. “People care about me as [a] human being off the court, so it’s just been pretty cool being able to connect with people off the court.”